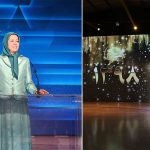 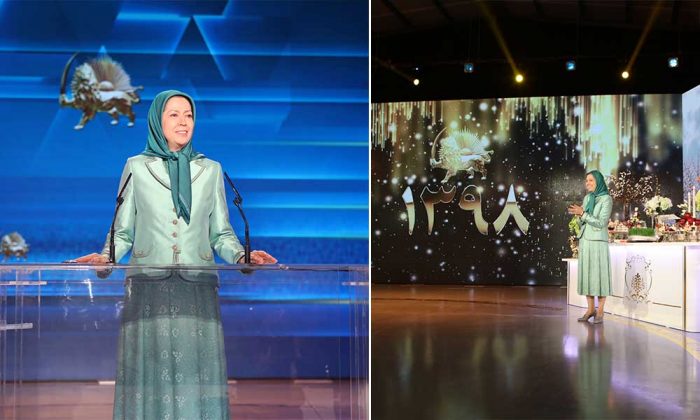 President-elect of the National Council of Resistance of Iran (NCRI), Maryam Rajavi, delivered a speech to mark the Iranian new year celebrations. Her Nowruz speech was filled with optimism, as she called on the Iranian diaspora around the world, as well as those living under the repressive regime in Iran, to remain steadfast in their opposition to the regime’s brutality.

She offered particular congratulations to those in Albania, where the People’s Mujahedin Organization of Iran (PMOI/ MEK) have built a compound complete with shops, meeting halls, dormitories, sports facilities, bakeries, medical buildings, and administrative buildings in just a year. “Let me congratulate you,” Rajavi said.

She spoke with pride about what the Iranian resistance had achieved in 2018, “the year of protests”, “the year in which appeasement failed and the mullahs lost one of their bases for retaining their power.”

However, Mrs Rajavi also used the Nowruz celebrations to draw attention to the difficulties many face in Iran. “We know that their tables are empty,” she said, “we know that their farms are dry.”

Economic mismanagement and the misuse of public funds has left Iranians struggling to put food on the table. Inflation has skyrocketed. Iranian purchasing power has dropped. Many public workers have not received their wages in several months.

For the farmers, the situation is just as bad. As Rajavi pointed out, their farms have run dry. The mullahs have diverted natural water sources to wealthier areas, leaving farms decimated and agricultural workers in rural parts of the country without the opportunity to earn a basic income.

Maryam Rajavi expressed her solidarity and support for these downtrodden communities. “We are with honest teachers who have been discriminated against and humiliated, sentenced to life below the poverty line and imprisoned,” she said, adding, “we are fighting for the women and children who are burning in poverty and strangulation, especially in the margins of big cities.”

Mrs. Rajavi went on to call on the Western powers to add the Iranian regime to their terror lists. “Now it’s time for the devilish force of the Corps (Islamic Revolutionary Guards Corps) to be on the list of terrorist groups in the State Department,” she said.

“The mullahs have no chance of survival,” she concluded. She described how the regime channeled its efforts to damage the MEK in 2018, “they focused their efforts on terrorism and demonization.” “But [they] failed.”

We want an #Iran which is overwhelmed with freedom, where children and youths are happy, where talents bloom, and where women play their role in the leadership of their society. A country that lives in peace, friendship and coexistence with its neighbors.https://t.co/mHgXlaj9rW pic.twitter.com/zVvRW7j4te

She concluded, “the Iranian people want freedom and justice. [They] want equality and independence, trust sympathy and coexistence. They want economic and social progress, [an] Iran in which everyone has a right to work.”