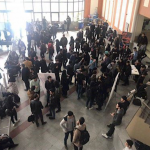 Escalating Protests Show the Escalation of the Resistance Movement in Iran 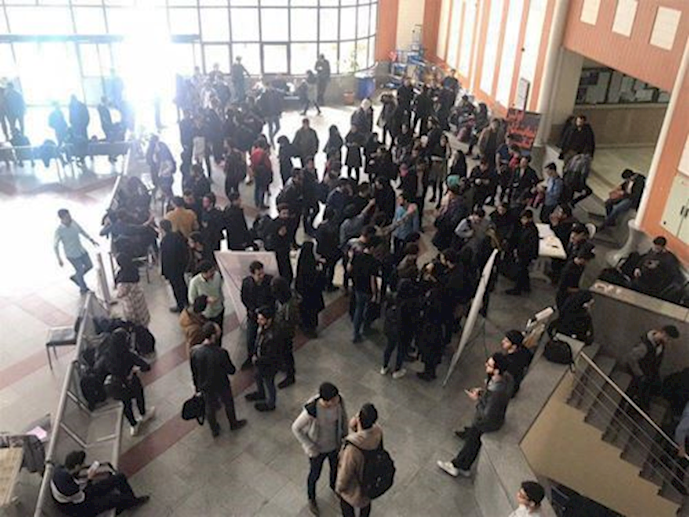 On Tuesday, March 12, reports emerged from MEK sources inside Iran of another series of protests breaking out across the country. Unpaid salaries have mobilized large swathes of the Iranian population. This time, it was clients of the Caspian credit firm, a company closely affiliated with the regime’s Islamic Revolutionary Guards Corps (IRGC), that were demanding their money.

https://t.co/jFihIhVWOg Continued strikes of workers and the working people, and protests of looted people and other deprived people

Since the beginning of 2019, railway workers, teachers, bus drivers, and taxi drivers have all taken to the streets over unpaid salaries and poor working conditions. Years of economic mismanagement, corruption, and embezzlement have left Iranian institutions hollow. Regime officials have plundered workers’ savings, leaving many Iranians struggling to survive in the midst of an economic crisis.

On Tuesday, the clients of Caspian gathered outside the offices of the Judiciary in Tehran to demand reimbursement for their stolen savings. They were the victims of what amounted to a government-run Ponzi scheme.

On the same day that Caspian investors demanded their money in Tehran, in Southern Iran workers at the South Pars gas field projects were holding a strike of their own. The workers had begun their strike the preceding morning following two months of unpaid wages. There were pensioners among the workers that complained their pension had not been paid out for two years.

Elsewhere, in Tehran, students attending the Khaje Nasiredeen University protesting the ruling regime and campus officials’ neglect of their human rights. They released a statement that read, “we the students of Khaje Nasiredeen University announce today that enough is enough and [the] neglect must come to an end. The students’ basic rights must be respected and we demand all our rights be acknowledged.” Similar protests have taken place at Razi University in Kermanshah and the Science University in Mazandaran, sources from MEK report.

The students and investors are part of a wider resistance movement building in Iran. Everywhere across the country, workers, students, pensioners, ethnic minorities, and human rights activists are calling for regime change. Iranians have had enough of the persistent mismanagement of Iranian finances.

Iranian voices will not be silenced anymore. They are making their voices heard.