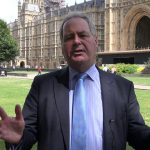 British MP Describes Climate of Fear in the Regime’s Leadership 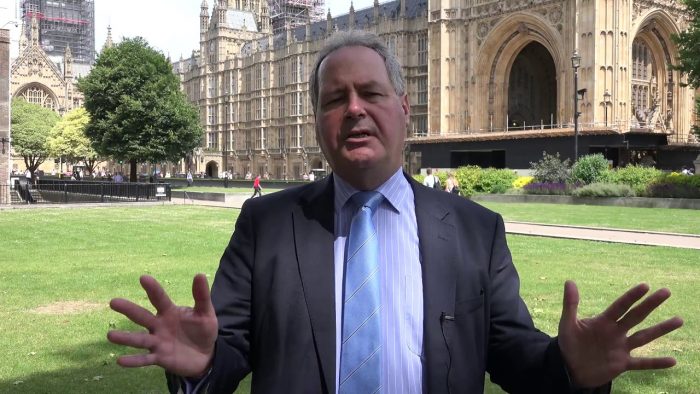 A Member of the UK Parliament (MP) penned an op-ed for Politics Home on March 4th, 2019. The piece was a response to the Warsaw Conference which took place the previous month. Bob Blackman, who represents the Harrow East constituency and is a member of the UK’s Conservative Party, describes the precarious situation in which the Iranian regime now finds itself. With shrinking international support, rampant infighting, and an opposition movement grows stronger by the day, the MP concludes that the regime is in a crisis.

"Regime officials expressed concern over a large gathering of the Iranian opposition coalition which took place alongside #WarsawSummit, warning that it sent “an important message” to the theocracy in Tehran" – @BobBlackman | @Maryam_Rajavi @iran_policy https://t.co/Ei2mHek1jW

Following the Warsaw Conference and the emergence of an international coalition united against Iranian expansionism and state-sponsored terrorism, Blackman describes how Iranian government officials are “sounding alarm bells”.

The conference represented a landmark moment in the history of Iranian policy. There has been nothing like it in the last 30 years, and the threat to the regime was only enhanced by the scores of Iranian opposition protestors that gathered alongside the Warsaw Conference to vent their frustrations.

MEK Supporters Rally for Second Day Outside of Warsaw Conference

The US is Leading the Charge

There have been signs that the US will not tolerate a violent and murderous regime in the Middle East undermining regional security and running roughshod over human rights with impunity. Vice-President Mike Pence told Europe in no uncertain terms that the US expected the union to adopt a firmer stance against the violent Iranian regime. He said, “the time has come for our European partners to stop undermining US sanctions against this murderous revolutionary regime.”

His comments prompted a response from Khamenei which was significant for several reasons. The Iranian Supreme Leader told his colleagues that they “should not fear the enemy,” a comment that was revealing for Blackman.

Blackman wrote that this comment “clarifies two issues.” Firstly, “the panic and fear of the regime’s followers have now spread to decision-makers at the top of the regime.” Secondly, that “the growing fear in officials is not an isolated case and has overtaken the entire theocracy.”

This fear, Blackman asserts, is the result of escalating domestic and international crises. At home, the People’s Mujahedin of Iran (MEK) has been relentless in its pursuit for Iranian democracy and regime change. It has mobilized large swathes of the population against the mullahs and used its political influence abroad to draw international attention to the regime’s glaring human rights abuses.

The MEK represents a “viable democratic alternative to the current theocratic regime,” Blackman wrote, and that makes them an existential threat to the clerical regime. Its resistance units, consistently praised by the Iranian opposition, President-elect Maryam Rajavi, are active across Iranian towns and cities and are busy encouraging protest against the regime’s repressive and violent policies.

I urge my fellow compatriots, esp. students and youths, to rise up and hold protests in solidarity with their teachers.#IranProtests#Iran

Blackman concludes, “it is clear that February was a very tumultuous month for Iran’s regime.” In the words of senior Iranian cleric Makarem Shirazi, “there is no going back.”