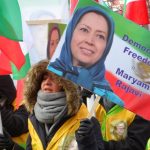 MEK Supporters Rally for Second Day Outside of Warsaw Conference 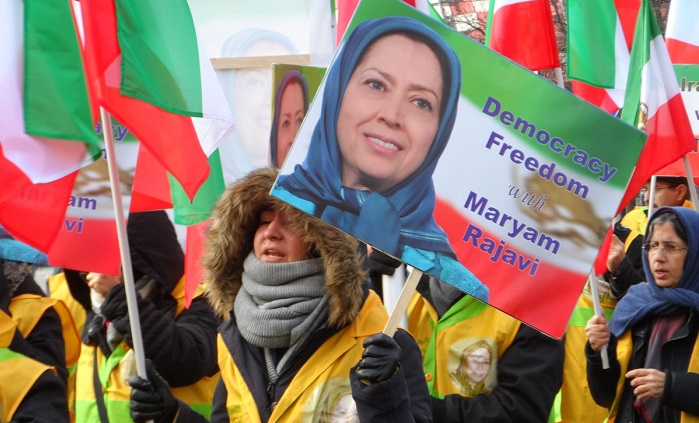 Amid Warsaw Summit, MEK supporters rally for the second day opposite where the conference was being held. February 14

On Thursday, February 14th, a large group of Iranians gathered in Poland’s capital city for the second day outside of the Warsaw Conference. The protesters were supporters of the MEK and the National Council of Resistance of Iran (NCRI) who were rallying in solidarity with the Iranian people and their call for an overthrow of the oppressive clerical regime currently in power and the democratic alternative proposed under the leadership of Mrs. Maryam Rajavi and the NCRI.

Protesters at the rally on Thursday chanted, “Appeasement no; regime change yes!” and “Regime change!” Photographs of the crowd chanting and holding posters with photographs of NCRI leader Maryam Rajavi were posted on social media. A video posted on Twitter shows a group of protesters held a large banner reading, “Call on Warsaw Summit: Expel the Mullahs’ Illegitimate Regime and Recognize the NCRI as the Representative of the Iranian People.”

The two-day rally coincided with the Warsaw Conference, which was jointly hosted by the United States and Poland, in order to discuss the future of Middle Eastern policy. The conference, which drew high-ranking policy-makers from dozens of countries, was mainly focused on Iran and its role in creating instability in the region.

The NCRI and MEK hoped that their rally would draw attention to the nationwide anti-regime protests that have taken place over the past year in Iran and the clear will of the Iranian people to replace the mullahs and their brutal theocracy with a free Iran.

How to Make Iran “Act Like a Normal Country”

When announcing the conference, United States Secretary of State Mike Pompeo said that one of the primary goals of the event was to find a way to make Iran “act like a normal country.” After forty years, it is clear that the Iranian regime will never act like a normal country. The policy of appeasement has failed. The people of Iran are asking the international community to recognize the forty years of human rights abuses that the Iranian regime has inflicted upon its own people and to support the people’s right to overthrow the ruling regime and replace it with a peaceful and democratic Iran.

The NCRI and MEK held another rally on Wednesday as the Warsaw Conference began. Wednesday’s rally included speeches from a number of well-known politicians from the United States and Europe, as well as representatives of the Iranian communities. Former New York City Mayor Rudy Giuliani, former Algerian Prime Minister Sid Ahmed Ghozali, former U.S. Senator Robert Torricelli, and several Polish MPs and Senators were among the distinguished speakers at Wednesday’s rally.

The protesters at Wednesday’s and Thursday’s rallies voiced their support for Mrs. Maryam Rajavi’s ten-point plan for a free and democratic Iran after the fall of the mullahs’ regime. Her plan includes gender equality, separation of religion and State, and a non-nuclear Iran. The rally on Wednesday was preceded by a brief press conference.