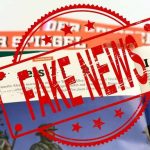 Spiegel published a full of lies story about MEK, Iran’s main opposition force, raising an outrage among the Iranian communities-February 2019

The ruling regime in Iran uses social media networks and international newspapers and magazines to spread mistruths and lies concerning the Iranian opposition movement. Along with state-sponsored terror, the clerical regime uses it as a weapon to undermine and discredit the opposition and sway public opinion against the principal opposition, the People’s Mujahedin Organisation of Iran (MEK).

In a statement published recently, a group of members of the MEK based in Albania emphasize that the defamatory accusations made by Der Spiegel will only prepare the ground for terrorism against MEK, Iran’s principal opposition, especially in Albania. Members of MEK ask all supporters of democracy and those who combat against terrorism to protest against Der Spiegel that has fallen to “the most disgraceful mouthpieces of the Iranian regime.”

The latest hit piece, an article published in Germany’s Der Spiegel magazine entitled “Prisoners of Their Own Rebellion”, spouted a list of usual regime talking points and falsehoods. The allegations cited in the piece have been publicly discrediting numerous times, including by international courts, political figures, and legislative bodies.

The statement of the members of the MEK says, Der Spiegel recently suffered a journalism scandal when an editor, Claas Relotius, was caught fabricating stories. Now, just weeks later, further questions have been asked of the publication’s journalistic integrity.

The magazine published its hit piece against the MEK after interviewing sources within the regime and affiliates of Iran’s Ministry of Intelligence (MOIS). A trainee correspondent spent time in Iran with the regime’s Islamic Revolutionary Guards Corps (IRGC) and Basij forces. 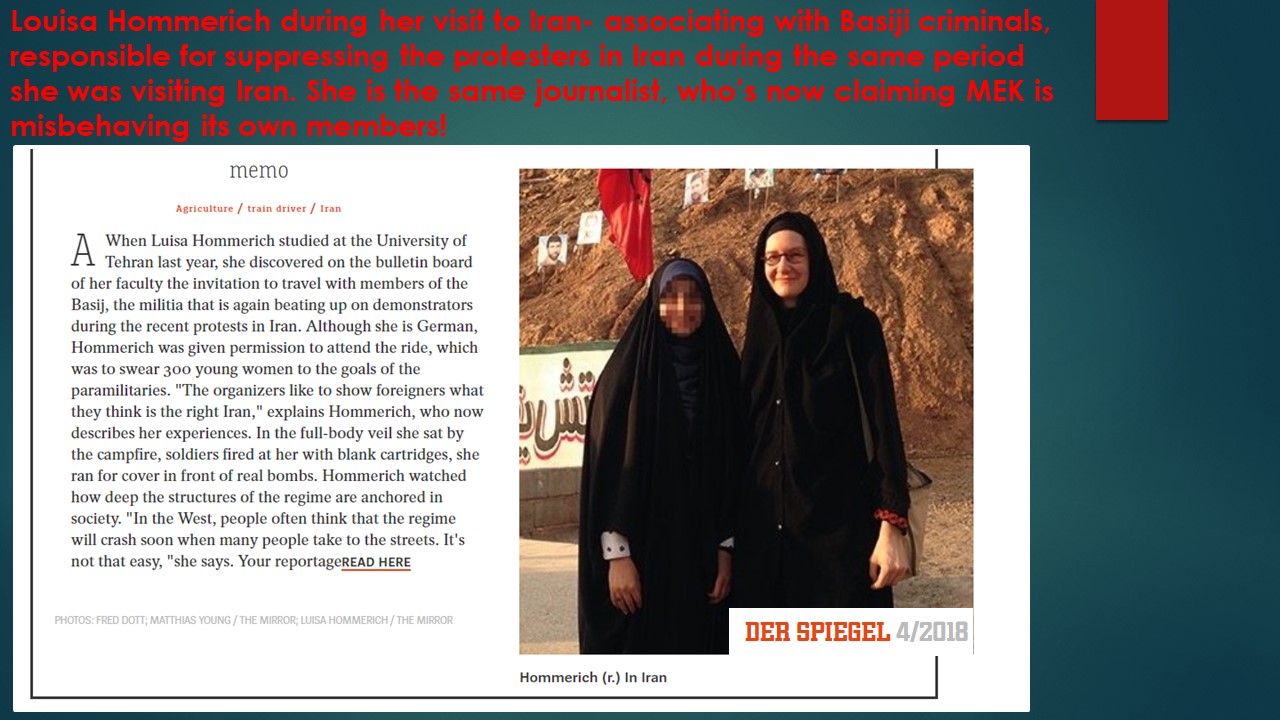 The MEK extended an invitation to the magazine’s editor, offering to permit its journalists to visit the MEK’s compound in Albania. Despite persistent invitations, Der Spiegel declined, preferring instead to write its piece on the opposition group without speaking to anyone from the organization itself.

The end result was a piece lacking fundamental accuracy. It demonized the MEK and ignored the regime’s widespread and rampant human rights abuses. There was no mention of the 12,000 political executions, 500 plotted terror attacks abroad, and massacres of MEK members carried out by the regime.

Laying the Groundwork for a New Massacre

The hit piece is more than just an example of shoddy and inaccurate journalism. By demonizing the MEK, the Iranian regime is able to lay the groundwork for a new massacre, much like those that took place in 1988 when the regime killed 30,000 MEK members, and those that happened at Camp Liberty and Camp Ashraf in Iraq, states the MEK members in their statement.

If it can rob the MEK of its support through slanderous hit pieces like those that have appeared in Der Spiegel and The Guardian, the regime believes it will be able to kill and maim MEK members across the globe with impunity.

The only explanation behind Der Spiegel’s deliberate and contrived rejection of even basic journalistic fact-checking principles is that the regime offered tantalizing incentives in exchange for Der Spiegel turning a blind-eye to the facts.

Why isn't #Spiegel giving us any answers? Why the silence?

Why can't @hommer_ich explain why parts of her article was published on Iranian regime websites 3 months ago?#Spiegel_FakeNews #FakeNews pic.twitter.com/YlONRVYGS7

For example, in the piece, Der Spiegel alleges that former MEK members have described how the group regular practices slitting throats and jabbing out eyeballs. However, the German Federal Office for the Protection of the Constitution (BfV) has repeatedly warned that the MOIS recruits former MEK members and coerced them into publicly criticizing the group. The MEK sent Der Spiegel’s editor the BfV’s findings, however, these falsehoods still appeared in the final article.

The testimonies of the so-called “defectors” also expose glaring holes in their narrative. For example, Gholamreza Shekari, one of the “defectors” interviewed in the article, claimed the MEK tortured him in 1994. However, he remained with the MEK until 2016, despite meeting regularly with officials from the US, Iraq, the UN and the UNHCR. If we wanted to leave and the group’s members had “tortured” him, as he claims, why would he not leave sooner?

The statement of the member of MEK stationed at Ashraf III in Albania, calls on the international community to stand against the promulgation of lies and inaccuracies wherever they occur. Der Spiegel must be called out for publishing such an inflammatory and damaging piece, and it should be warned that in publishing a piece of this nature, it is complicit in the regime’s human rights abuses and international terrorism.