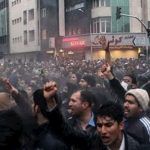 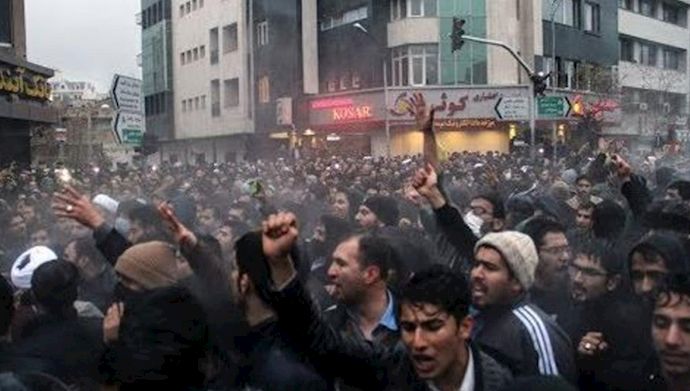 Writing for Arab News on Sunday, January 6th, Dr. Majid Rafizadeh, a leading expert on Iran and Harvard-educated Iranian political scientist, outlined the case for international support for the Iranian opposition in 2019.

In his piece, Rafizadeh charted 2018’s year of protests. He described the nationwide uprisings in January 2018, that engulfed 142 Iranian towns and cities, and how they were “met by the regime with brutality and a harsh crackdown”.

Following the uprising, strikes and protests across the country were maintained by the opposition. “In July, a major five-day anti-government protest spread across dozens of cities”, he writes. Then again in August, Tehran and 26 other cities were racked with protests once more.

As the year came to a close, in October, a nationwide teachers’ strike saw schools close in over 100 cities, and then again in December. In the logistics and transport sector, the nation’s truck drivers have launched strikes and protests of their own throughout the year.

October 15#Iran's teachers are on nationwide strike for the second consecutive day.

Rafizadeh pointed out that the protest movement expanded in 2018. Protests became more frequent and more explicitly anti-regime in nature. In response, the regime has blamed the People’s Mojahedin Organisation of Iran (PMOI / MEK) and launched a vicious smear campaign against the group, in conjunction with a violent campaign of terror and intimidation, in an attempt to curb the MEK’s influence.

Its “crucial organizational role has made the opposition a primary target for a spate of attempted terror attacks,” Rafizadeh writes. He cites the foiled terror attack in Paris, as just one example of this coordinated campaign of terror against the group.

“That attack and others have thankfully been foiled, but the message from Tehran is clear— as the is the extent to which the mullahs feel threatened by the opposition,” Rafizadeh states. Nothing demonstrates the existential threat the MEK poses to the mullahs’ regime more than the regime’s willingness to risk political isolation on the international stage for the sake of attacking an opposition, pro-democracy group.

The MEK is an increasingly large threat to the mullahs’ future in power. It has successfully mobilized all parts of Iranian society and engaged the Iranian people in the protest movement.

From the urban middle class to the rural working class, all stratum of Iranian society is represented in the MEK’s ranks, even poorer sectors that have traditionally been the regime’s power base.

“Every protest is an act of defiance,” Rafizadeh writes.

A Population Buckling Under Economic Mismanagement

The MEK has found plenty of allies among the cash-strapped Iranian public. Years of regime economic mismanagement has crippled the Iranian economy and reduced the purchasing power of ordinary Iranians.

The mullahs’ have funneled Iran’s public finances into their own pockets through corrupt practices, or abroad to military groups in Syria, Yemen, Iraq, Gaza and elsewhere in the region. “In addition, the Iranian regime intensified its ballistic missile activities,” Rafizadeh claims, “which includes the illicit transfer of such weapons to Shiite proxies in other countries in the region.”

“Almost all major businesses in the country, including those presently dealing with European nations, are directly or indirectly controlled by elements within the political and military apparatus,” Rafizadeh writes. So, “when European countries help increase the regime’s revenues, they are indirectly funding terror attacks on their own soil.”

Rafizadeh asserts that the Iranian opposition has much to celebrate. 2018 “was the most significant to date for the Iranian resistance”, he writes, but “this year promises to be even more vital in the struggle for freedom and human rights in Iran”.

Rafizadeh concludes by encouraging Iranians to “make this the year that Western governments come out in support of the Iranian resistance”.

“These changes aren’t just the right thing to do, they are good policies”, he writes, “and this year, they are possible as long as advocates for a free and democratic Iran continue to make their voices heard.”