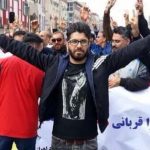 Iran: Protests Gain Momentum as Anniversary of Uprising Grows Near 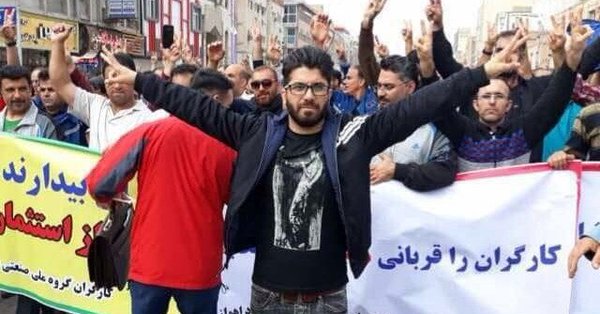 It has been almost one year since the massive uprising took place in Iran, which spread to over 140 cities in every province in the country over a two week period. Since that uprising, protests have taken place on a daily basis. Now, as the first anniversary of the uprising nears, more strikes and popular protests are taking place across Iran.

Maryam Rajavi calls for support for the striking workers and urgent action to secure the release of those arrested#Iran#IranProtestshttps://t.co/rBepQKpCRu pic.twitter.com/dwN4FKwNVB

On Wednesday, city bus drivers in Zanjan, northwest Iran, went on strike to protest poor living conditions and the lack of availability of spare parts.

#THERAN, Protest Rally of Tehran Bus Company Drivers
On Monday, June 11, 2018, a group of drivers from the Tehran Bus Company, a member of the Spidar 2 and 3 housing project team in Tehran’s Sepidar Housing Cooperative,…https://t.co/BE6FUESYZz #IranProtests pic.twitter.com/zGLvVMjJYV

Also on Wednesday, dental school students from Bandar Abbas Science University in southern Iran gathered to protest the poor quality of education at the university and subpar recreational facilities on campus.

MEK sources spotted a rally in Tehran by people who placed down payments on Iran Khodro vehicles and have yet to receive them. The customers gathered outside of the company’s administrative offices to demand the delivery of their vehicles.

Meanwhile, customers who registered to buy Citroen C3 cars gathered outside of the regime’s Ministry of Industry, Mines and Trade in Tehran for the third consecutive day on Wednesday to protest the sharp increase in the price of the car after customers reserved their vehicles. Authorities said that the cost of the car rose by one billion rials, or approximately 24,000 U.S. dollars, according to the regime’s exchange rate).

The protesters chanted:
“Our Industry Ministry has lobbied with Saipa!”
“We consider Saipa as thieves; we’ll get what is rightfully ours!”

People in the city of Masjid Suleiman, southwest Iran, protested city officials’ failure to follow through on their promises to citizens, including putting asphalt on the city roads. Citizens shouted anti-regime slogans during their protest.

On Wednesday, employees of the Arian Foolad (Steel) Buin Zahra company, west of Tehran, gathered outside of the mayor’s office to show their support for the striking National Steel Group workers in Ahvaz, southwest Iran.

On Tuesday, retirees from cities across Iran gathered in front of the regime’s Parliament in Tehran to protest poor economic conditions for retirees. Retirees live below the poverty line in Iran.

The retirees also expressed their support of the Iran National Steel Industrial Group (INSIG) workers who were recently arrested and demanded the immediate release of those workers, as well as the teachers who were arrested during their recent strikes.

The protesters pointed to the Parliament and chanted, “Our enemies are here, not the U.S. as the government claims!”

In Mashhad, northeast Iran, retirees rallied in front of the regime’s Planning and Budget Organization building to protest their low wages and poor economic situation. The protesters held signs reading, “Our wages are based on the rial, but expenses are based on the dollar!”