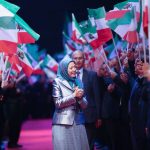 Maryam Rajavi to Iranian Communities: “Wall of Repression Will Fall Apart with the Force of Sacrifice and Unity” 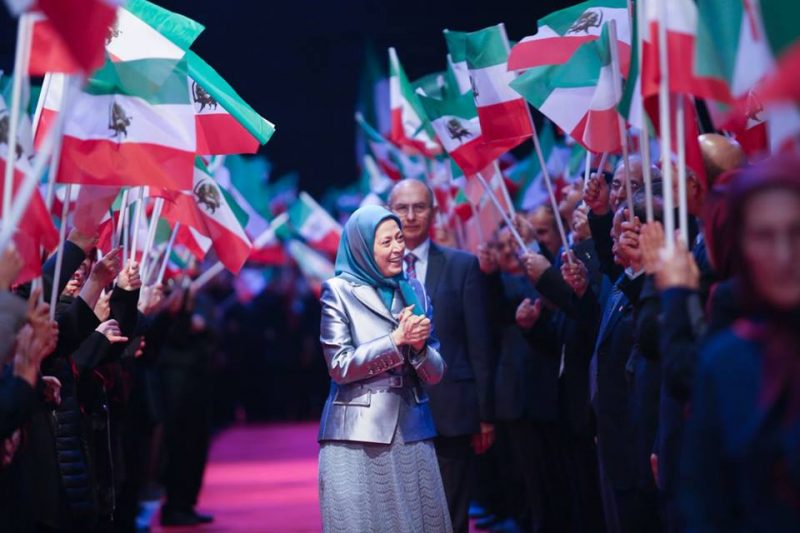 Maryam Rajavi, the President-elect of the National Council of Resistance of Iran (NCRI) enters the conference hall – December 15, 2018

On December 15th, Mrs. Maryam Rajavi, President-elect of the National Council of Resistance of Iran (NCRI), addressed an International simultaneous conference organized by the Iranian Communities, which took place simultaneously in 42 cities across North America, Europe, and Australia. The purpose of the conference was to discuss the ongoing popular protests taking place in Iran, the need for a firm approach when dealing with the Iranian regime, and the goals of the NCRI, MEK, and Iranian Resistance in restoring democracy to Iran.

Three days ago, Khamenei said the U.S. and the PMOI might be creating commotion in 2018, but their plans are for 2019. Why is Khamenei so terrified? Because not a single day went by last year without protests against the regime, and without cries for freedom.#FreeIran#Iran pic.twitter.com/MJQuV2I77j

In her speech, Mrs. Rajavi referenced regime Supreme Leader Ali Khamenei’s recent remarks that the U.S. planned to sow discord in 2019 by assisting the MEK in their activities. She questioned why the regime was so afraid of discord in the New Year. “Because,” she said, “In the year that is ending soon, not a single day went by without protests against the theocratic regime, and without cries for freedom. So, I would tell Khamenei and the rest of the mullahs:

‘Yes, you (Ali Khamenei) should fear, and you should tremble, because your overthrow is imminent at the hands of the Iranian people and their Resistance. They are passionately going for it and they will definitely make it come true.’” 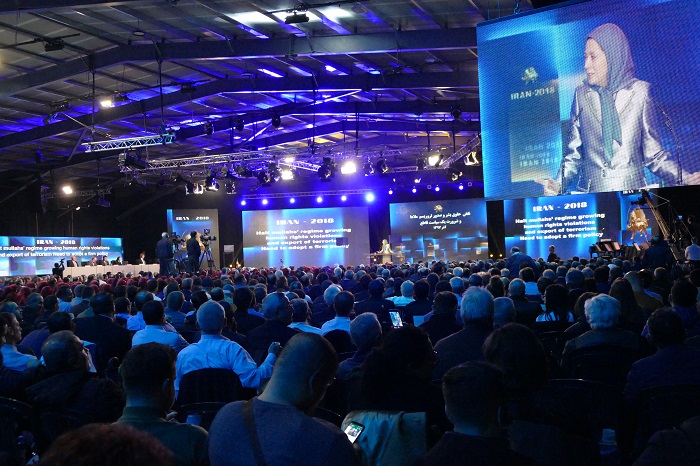 Maryam Rajavi, President-elect of the National Council of Resistance of Iran (NCRI) addressing the International Conference of Iranian Communities gathered in 42 different locations around the world-Tirana-December 15, 2018

Mrs. Rajavi emphasized that “the clerical regime has no way and no solution to thwart it’s being overthrown. Since 40 years ago, we have sincerely wished to see the clerical regime change its behavior. But as they say, they will not commit suicide in fear of death.”

She further noted that the regime’s strategy “to survive and break out of the crisis, is further crackdown and suppression inside Iran, and more export of terrorism, war and crises to other countries.”

We hail the tireless truck drivers who recently held the fourth round of their nationwide protests. And hail to the poor but steadfast farmers of Isfahan who rose up again. We hail the aware students of #Iran who staged sit-ins and protests on the Student Day.#BlackLikstMOIS pic.twitter.com/NzXg6iRZQW

Mrs. Rajavi described the regime’s numerous attempted terrorist attacks on the MEK in Europe and detailed how each plot was foiled by European governments. “Indeed,” Mrs. Rajavi said, “Isn’t it regrettable that despite disclosure of the mullahs’ terrorism on European soil, the regime’s appeasers are still trying to find a way to deal with the regime and seeking to aid the murderers of the Iranian people?

This is our word: Respect the Iranian people’s desire to overthrow the regime and establish freedom and democracy.#ExpelIranDiplomatTerrorists #BlackLikstMOIS #FreeIran#Iran#IranRegimeChange pic.twitter.com/oyYUu8oxtl

“We tell them: ‘Gentlemen, if you don’t want to stand by the people of Iran, at least do not victimize the security of your own citizens. Why do you aid a regime that poses threats to European capitals?

“This is our word: Respect the Iranian people’s desire to overthrow the regime and establish freedom and democracy.’”

Mrs. Rajavi stressed that buying Iranian oil comes at the expense of the Iranian people, saying:

“Let the hands of this criminal regime be cut off from Iran’s oil revenues which is our national asset. Every barrel of oil the regime sells is a lash on the back of the people of Iran and a bullet piercing the heart of the people of the region.”

She also questioned the regime’s missile program: “Furthermore, what are the regime’s successive missile tests about? What is their aim? Anything but blackmailing and threatening regional and global peace?” she asked.

Rajavi then listed actions that must be taken against the regime: [T]he IRGC, the MOIS, and the regime’s state propaganda machine must be placed on the U.S. List of Foreign Terrorist Organizations and the terror list of the European Union.”

She added, “The regime’s financial lifelines which fund Khamenei’s apparatus, the IRGC, the terrorist Quds Force, and the religious Gestapo must be blocked.”

Finally, she said, “The dossier of the regime’s continuing crimes against humanity must be referred to the UN Security Council, and Khamenei, Rouhani and other regime leaders must face justice.”

Mrs. Rajavi noted that the most important task ahead is the overthrow of the regime and the restoration of democratic rule, which is in the hands of the Iranian people. “Of course,” she said “As I have repeatedly declared, the regime’s overthrow, democratic change, and the establishment of a free Iran, task already undertaken by the Iranian people and Resistance. They are impatient in fulfilling this duty and will most definitely make it come true.”

To the supporters of the MEK, Mrs. Rajavi said: “The secret to your tirelessness, hopefulness, livelihood, and firm resolve is your power to give and sacrifice for the freedom of the people of Iran. And I am confident that you are going to bring about a beautiful and glorious future for your people and your country.”

Hail to our compatriots in various provinces who continue their protests and uprisings, and have kept the flames of uprisings alight.#ExpelIranDiplomatTerrorists #BlackLikstMOIS #FreeIran#Iran#IranRegimeChange pic.twitter.com/wxklRtuKU8

Mrs. Rajavi also saluted the protesters inside Iran, who continue to rebel against the oppressive regime.  She said: “And hail to our compatriots in various provinces who continue their protests and uprisings and have kept the flames of uprisings alight.

“The demonstrations of Haft Tappeh Sugarcane workers and the start of the second month of strikes and protests by the brave steel workers of Ahvaz have incited more resistance and protests all across the country.

“Those who addressed the mullahs, calling them monkeys who are sitting on the Prophet’s pulpit.
Steelworkers wore shrouds and took to the street, chanting, ‘Down with the oppressor, hail to the worker,’ and ‘we will never surrender!’

“We also hail the honorable truck drivers and truck owners who tirelessly continue their strikes and recently held the fourth round of their nationwide protests. And hail to the poor but steadfast farmers of Isfahan who rose up again. We hail the conscious students of Iran who staged sit-ins and protests on the Student Day on December 7th.”

Today, the regime’s existence is in danger more than any other time. #Iran’s society is more prepared than ever.But it is your will that is going to determine how the present volatile situation will evolve into the overthrow of the mullahs’ dictatorship#BlackLikstMOIS #FreeIran pic.twitter.com/pTzbjz5S5l

“The wall of repression will fall apart with the force of sacrifice and unity,” she vowed. “So, onwards to a free and democratic Iran!”