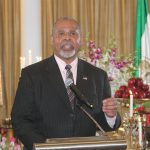 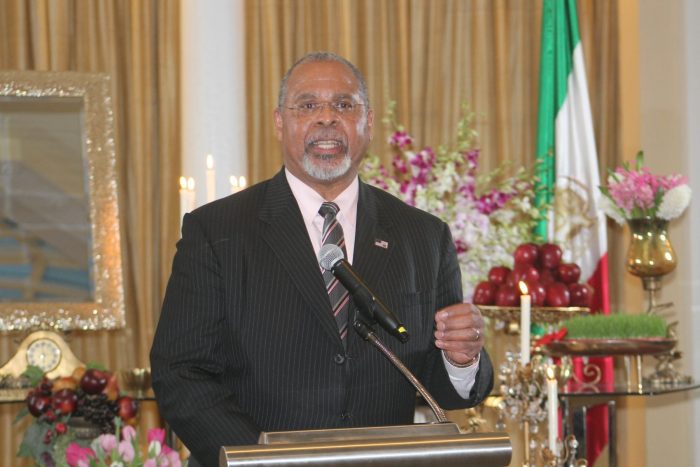 Former U.S, Ambassador to the U.N, Mr. Ken Blackwell speaking at a conference in support of the Iranian opposition (NCRI), on the occasion of the Iranian New Year in Washington D.C-March 2018

On November 20th, 2018, Townhall published a piece from Kenneth Blackwell, the former US ambassador to the UN. In his piece, Blackwell called for an international response to Iranian aggression.

Blackwell began his article by drawing attention to the UN General Assembly’s resolution on November 15th which denounced the Iranian regime for its systematic widespread human rights abuses. The resolution means that the General Assembly will vote on a censure next month.

The “summer of blood”

The Iranian regime’s human rights abuses have been well-documented. The mullahs and their Supreme Leader Khamenei launched a vicious campaign to eliminate the regime’s political opposition.

First on their list of political opponents was the People’s Mujahedin Organisation of Iran (MEK) and its members. This cumulated in the “summer of blood” of 1988. In just one summer, a period of fewer than five months, the regime and its death squad systematically executed more than 30,000 MEK members in regime custody.

Today, the regime continues to run roughshod over the human rights of the Iranian population. Politically motivated arrests are common- and the conditions many prisoners are subject to in prison, which include routine torture sessions and beatings from guards, has prompted many prisoners to go on hunger strike in protest.

Just a week before the International Day against the Death Penalty, the Iranian regime executed a woman who was a juvenile at the time of the alleged crime.
October marked by execution of a woman in #Iranhttps://t.co/4SWpOA7xVA#IranProtests pic.twitter.com/A4IyLYI1Hf

Executions are also commonplace in Iran, including in cases where the alleged perpetrator committed their crime as a minor, under the age of 18. Between January and June 2018, the regime executed 176 executions. Among them were prisoners held on drug charges, politically motivated charges, and juvenile offenders.

Blackwell went on to condemn the regime’s harsh treatment of protestors. He cited the regime’s arrests of truck drivers, teachers, merchants, students and nurses as particularly concerning examples where citizens found themselves imprisoned for exercising their right to protest.

.@Maryam_Rajavi: hails the strikers, calls for supporting them
The mullahs, fearful of continuation of the truck drivers’ strike, threaten them to execution,arresting dozens of drivers. #IStandWithMaryamRajavi#IranRegimeChange#IranProtests@JavaidRehmanhttps://t.co/psW0xoMWh7 pic.twitter.com/R3Q0TPntnt

In addition to the regime’s campaign of repression and violent suppression at home, the Iranian regime has launched an international terror campaign. In 2018, the MEK reported that the regime leadership was involved in the planning and execution of terrorist plots in Albania, France, and the US.

The most severe of these attacks was the regime’s attempt to detonate a car bomb at the annual gathering of the MEK and its supporters in Paris. An Iranian diplomat named Assadollah Assadi provided a Belgian-Iranian couple with explosive material to attack the gathering, where delegations of high-profile politicians gathered from around the world, including former mayor of New York, Rudy Giuliani.

Twitter closed 770 regime-affiliated accounts in September for deliberately attempting to manipulate public opinion against the MEK abroad. Many of the accounts posed as foreign journalists or American citizens in an attempt to appear more legitimate, however, they spewed regime-created propaganda attacking the MEK with lies and falsehoods.

#Iran Regime Used Fake #Twitter Accounts to Push Its Agenda
Hundreds of Iran-based Twitter accounts were posing as foreign journalists and US citizens in order to push pro-Regime messages until they were suspended earlier this year…https://t.co/ApJEKVKxTB pic.twitter.com/Kyz85DAZaD

Blackwell continues, “data released by Twitter shows that anti-MEK tweets by the regime’s intelligence agents in 2018 jumped to a total that was six times higher than the previous six years combined.”

He also pointed at the regime of employing “pseudo-journalists”, like Arron Merat who recently wrote a hit piece on the MEK for the Guardian. These are regime-affiliated agents who work as journalists for foreign media outlets, spreading lies and misinformation to further the regime’s interests.

Despite the Regime’s Best Efforts, the MEK Grows Stronger

Despite these underhanded methods, Blackwell writes, “the movement’s [the Iranian opposition] organizational prowess is growing”. He describes the MEK’s resistance units of young men and women who coordinate protests across Iran and mobilize the Iranian population.

“Iran’s people are demanding democratic freedoms and an end to the extremism, corruption, and mismanagement that has devastated their living conditions”, Blackwell writes. “The international community cannot remain nonaligned. It is time to side with the Iranian people in their quest for democracy and a brighter future.”

Blackwell concludes by stating that the regime’s human rights abuses must be referred to the UN Security Council for urgent action because it “would be the clearest sign yet that the international community supports the Iranian people’s right to resist a tyrannical regime that systematically violates their human rights.”