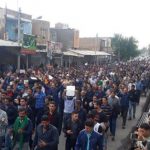 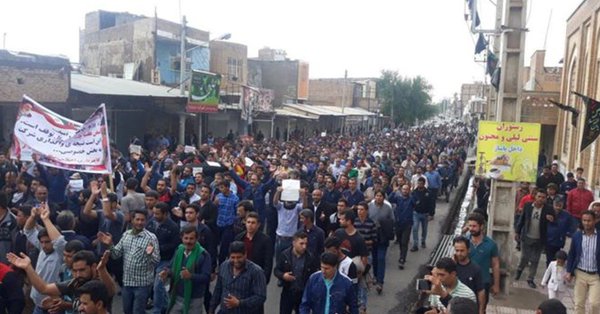 The workers at the Haft Tappeh sugar mill have maintained their display of resistance against the Iranian regime’s repressive policies. The workers went on strike two weeks ago over unpaid wages and the imminent privatization of the company and are still refusing to return to work. The workers then invoked the ire of the regime and have endured a slew of threats and oppressive policies, reports from the MEK network indicate.

Haft Tappeh: A Story of Mismanagement

The Iranian regime’s destructive and poorly-executed policies caused the demise of the Haft Tappeh mill. What was once the largest sugar cane factory in Iran is now on the verge of becoming little more than a tool to line the mullahs’ pockets.

The company is on the verge of a privatization process that would see the regime assume total control of the company’s assets. It follows a similar pattern of embezzlement and corruption that is spreading across Iran’s major companies and industries.

A Reluctance to Engage

Instead of collaborating and working with the striking workers to bring a swift end to the protests, the regime refused to acknowledge or address the problem.

Regime officials have ignored the protest’s existence, despite the country’s workers’ syndicates, trade unions, and working groups coming out to pledge their support for the workers of Haft Tappeh.

Teachers, students, truck drivers, and merchants have expressed their support for the striking sugar mill workers. The leader of the Iranian opposition, president-elect Maryam Rajavi has issued a statement expressing her deep support of the heroic protests.

Hail to the workers of Haft Tappeh Sugarcane Factory who have risen against oppression with chants of, “Threats, jail, are no longer effective.” Crying out, “We are hungry,” they call on every free human being to rise up against the mullahs’ corrupt regime.#IranProtests #Iran

Ms. Rajavi took to Twitter to offer words of encouragement to the protestors on behalf of the MEK. She said, “hail to Shush, the city of revolt and protest, risen up with the protests of sugarcane workers and the solidarity and strike of the bazaar merchants and youths”.

She also sent a message to inspire Iran’s public and youth into supporting the Haft Tappeh workers. “I call on youths to support the uprising in Shush and the strike of workers of Haft Tappeh”, she Tweeted.

As the workers at Haft Tappeh are showing, the only way to confront the Iranian regime and its systematic abuse and corruption of Iran’s industries is through sustained protests. The Iranian people must show their determination and resolve to throw off the shackles of the regime and let the Iranian economy flourish under a democratic Iran.