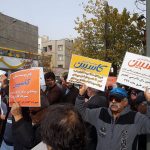 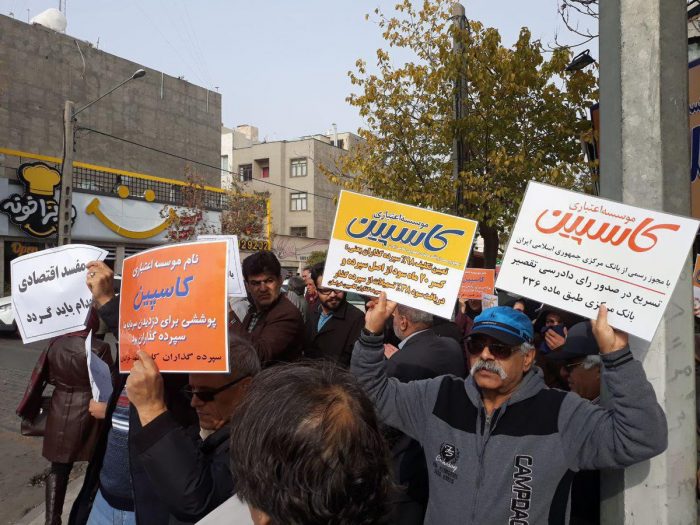 The looted people by government-owned institutions have taken it to the streets again. The Caspian credit firm looted customers hold a picket line demanding their money back.

Clients of the Caspian Credit Institution protested once again on Monday and demanded the return of their savings. The protesters gathered in front of the office of the judiciary in Rasht, northern Iran and chanted, “Caspian committed theft with the government’s support!” and “The money you hold is everything we have!”

Protesters at the rally said they were there because the government-backed institution destroyed their lives. They blamed government officials for lying to them for two years and for making promises they could not keep. The MEK network shared videos on social media of the protest.

November 19
Tehran, #Iran
Clients of the Caspian credit firm (linked to the IRGC) demanding their stolen savings be returned.

Meanwhile in Mashhad, customers of another financial institution—Badr Toos—protested the looting of their savings. Badr Toos also has ties to the IRGC. The protesters in Mashhad demanded the return of their deposits.

Caspian and Badr Toos are among several credit institutions with ties to the regime that have looted the savings accounts of Iranian citizens. This looting has been catastrophic for Iran’s middle-class, but regime officials and people affiliated with them have profited from the theft.

Protests by looted credit institution customers have become common in Iran over the past year. Protesters demonstrate despite the threat of violence by suppressive forces. As the Resistance Movement has grown, the Iranian people have become more willing to protest in spite of the regime’s brutality and repressive measures.