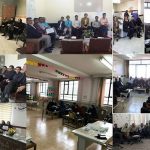 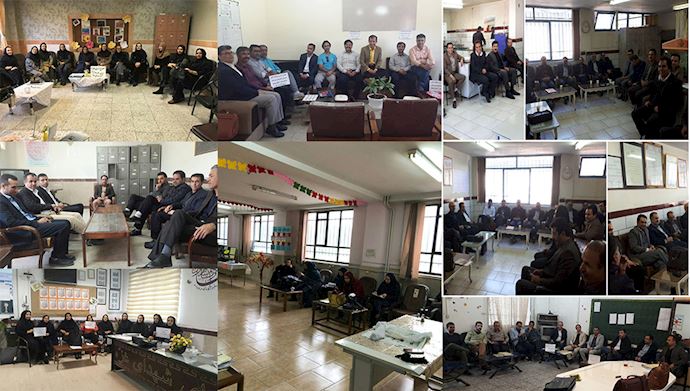 The Iranian teachers go on nationwide strike for the second time in the row this year, objecting the low wages and the arrest of their fellow protesting colleagues.

Based on reports from the MEK network inside Iran, on Tuesday, November 13, 2018 teachers in Iran went on strike again. The nationwide strike is the second this year for the country’s teachers, who have cited poverty-level wages and the imprisonment of their colleagues as factors leading to the strike.

The strike was planned by the Iranian Teachers’ Association, which is the largest independent teachers’ union in Iran. The trade union has been active in Iran for almost twenty years.

A report on #Iran's teachers launching a new nationwide strike.#IranProtestshttps://t.co/UzbvDqlnzp

The strikes are spreading rapidly, but as of this writing teachers have refused to enter their classrooms in Tehran, Isfahan, Shiraz, Tabriz, Kermanshah, Yazd, Bushehr, Karaj, Ilam, Ardabil, Baneh, Saqqez, Marivan, Ivan Gharb, Saveh, Hamedan, Sanandaj, Shahin Shahr, Shahr-e Kord, Jolfa, Babol, Lamerd, Chaboksar, Nowshahr, and many other cities. The total number of cities on strike has risen to 31 so far and continues to increase.

The MEK network has shared images on social media of striking teachers in Iran holding signs of protest. One of the signs says, “We are on strike to guarantee a better future for our students.”

November 13
Teachers throughout #Iran are on a nationwide strike, protesting poor living conditions & their colleagues' apprehension

The striking teachers are protesting poor wages, low pensions, lack of adequate insurance, the inability to form unions, the plundering of the Teachers Fund, and the failure of authorities to implement the National Management Services Law, which was signed in 2006.

The teachers are also demanding that their imprisoned colleagues be released and all charges against them be dropped. They are further asking the regime for assurances that their safety will be guaranteed and that they will be allowed to return to work after the strike.

Striking teachers have good reason to ask for guarantees of safety. In October, the retired teacher and activist Hashem Khastar was abducted near his farm in Mashhad by IRGC agents and taken to a psychiatric hospital after participating in protests in support of teachers and writing letters open letters critical of the regime. Mr. Khastar has no history of mental illness, and his family was given no reason for his abduction and was not allowed to visit him.

Iran’s teachers last went on strike on October 14-15th in dozens of cities in protest of low wages and oppressive security measures, as well as the imprisonment of their activist colleagues. The regime largely ignored their demands, forcing the teachers to strike again.