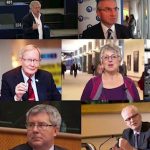 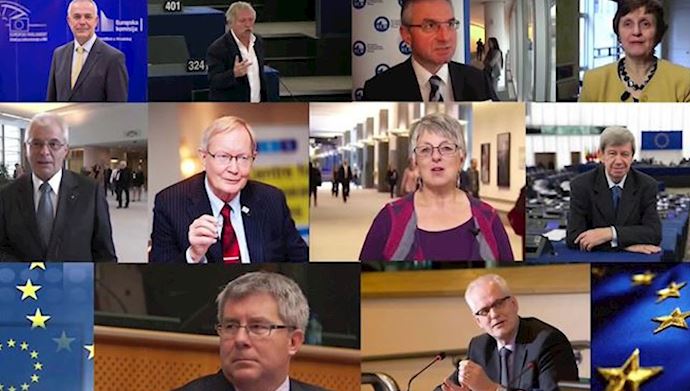 On October 20th, ten members of the European Parliament (MEPs) from nine different countries came together to issue a statement on the Iranian regime’s vilification of the People’s Mujahedin Organisation of Iran (MEK).

Members of the Iranian opposition group are currently living in exile in Albania. They have been the subject of extensive social media campaigns aimed at discrediting and demonizing them and their President-elect, Maryam Rajavi.

The ten MEPs called on the European Union to add the Iranian regime’s Ministry of Intelligence and Security (MOIS) to its terrorist blacklist over its persistent deployment of violence against the MEK.

A Campaign of Violence

The statement comes at the tail-end of an aggressive campaign of aggression towards the MEK. In June, an Iranian diplomat, Assadollah Assadi, was arrested by European authorities for his involvement in a plot to attack the MEK at its annual Grand Gathering in Paris.

Iran terrorists lurk in embassies."From Austria to Albania to Iraq,an expansionist Iran has turned embassies into terrorism planning sites to hunt down the opposition, according to report by the @NCRIUS"#FakeNews#Disinformation@Twitterhttps://t.co/7WM9EhuQk9

Assadi, an explosives expert, had provided a Belgian-Iranian couple with homemade explosives and detailed instructions on how to carry out the attack, which planned to use an explosive-laden car to wreak death and destruction on the members of the Iranian opposition in attendance.

Iranian agents had also previously been arrested and expelled in Albania. The Albanian authorities uncovered a similar plot to attack MEK members at their compound near the Albanian capital during the Persian New Year celebrations.

In conjunction with the regime’s campaign of violence, the regime has embarked on a coordinated online campaign aimed at demonizing the MEK and swaying international opinion.

Twitter recently suspended 770 accounts with suspected ties to the Iranian regime. Many of the accounts posted damaging and derogatory content about the MEK and other Iranian opposition groups.

The accounts were operating under the guise of foreign journalists or US citizens to influence public opinion in the United States and across the Western world. Between the 770 accounts, 10 million anti-MEK and pro-regime Tweets were published. Some of the Tweets also attacked the regime’s enemies in the Middle East, including Saudi Arabia and Israel. They also shared links to regime-affiliated media outlets.

A Threat to the Refugees in Albania

The MEPs’ statement called on the Albanian government to expel the Iranian agents operating in the country and place the Iranian regime on the EU and the US list of international terror organizations.

As the world saw with the case of Assadi, many agents operate outside of international law. Their covert operations undermine the Albanian government’s authority. The presence of the regime’s agents has a destabilizing effect on any country they operate in.

Should the European Union heed the advice of its MEPs, it would strike a blow to the Iranian regime at a time when it already faces increasing domestic and international pressures.

Inclusion on a European blacklist would mean visas are no longer granted to the regime’s agents, and those already operating on EU soil would likely be expelled.

This would go some way towards dismantling the regime’s web of terror across Europe and curb its ability to launch an international terror attack like the one it had planned in Paris.

The European community and the world cannot afford to postpone its action until after there is a devastating attack on European soil resulting in a significant loss of human life. The EU and its heads of state must be proactive and add the clerical regime to its terrorist blacklist.

If it doesn’t, there is no predicting how catastrophic the next terror attack could be, both for the MEK, and native European citizens caught up in the chaos.