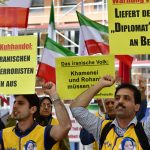 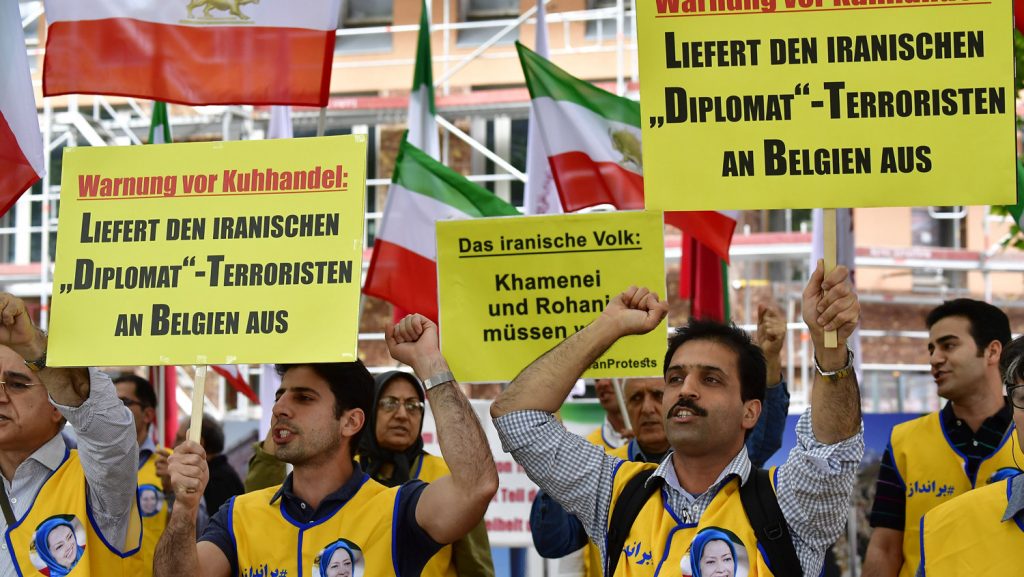 Supporters of the MEK hold placards reading ‘Deliver the Iranian diplomat – terrorist to Belgium’ during a demonstration calling for the extradition of a secret service officer to Belgium in front of the Federal Foreign Office in Berlin on July 11, 2018.

On Monday, the Bamberg region of Germany’s Supreme Court agreed to extradite Iranian regime diplomat Assadollah Assadi to Belgium to face charges related to the foiled terrorist attack against the annual National Council of Resistance of Iran (NCRI) gathering in June. The court’s statement affirmed that “all extradition conditions have been met and there are no barriers to extradition.” It further stated that Assadi and the five other defendants in the case could not invoke diplomatic immunity and that “the continuation of the extradition proceedings is the responsibility of the general prosecutor in Bamberg.”

This year’s NCRI gathering, entitled Free Iran: The Alternative, was held on June 30th in Paris. The annual event was attended by tens of thousands of participants, including MEK members, as well as politicians and dignitaries from around the world. Notable speakers included President-elect of the NCRI Mrs. Maryam Rajavi, former Mayor of New York City Rudolph Giuliani, and former Prime Minister of Canada Stephen Harper, along with many others.

German police arrested a couple carrying a suitcase full of explosives on the day of the gathering. The couple was en route to the convention center to detonate the bomb when they were arrested. An investigation by European authorities revealed that Assadi had personally delivered the explosives to the couple and ordered the attack. Assadi was arrested, along with the couple and two other people found to be complicit in the terrorist plot.

The extradition of Assadi is a major blow to the clerical Iranian regime, who has fought to bring Assadi back to Iran since his arrest on July 1st.

The regime claimed that Assadi had diplomatic immunity and could extradite and brought to trial in Germany, but Monday’s court ruling struck down that argument, writing, “The wanted man cannot cite diplomatic immunity because he was on a several day holiday trip outside his host state Austria and not traveling between his host country and the state that dispatched him.”

The Iranian regime as a whole and Assadi, in particular, have singled out the MEK as targets of terrorist attacks in the past, and the MEK first issued warnings about Assadi’s actions in Iraq ten years ago, when he served as the regime’s third secretary of the Iranian embassy in Baghdad.

The regime has stepped up their activities against the MEK since the popular uprising began in Iran last December.  In March of this year, another terrorist plot by the regime against the MEK in Albania was foiled. In August, two regime intelligence agents were arrested in the United States for spying on MEK members.