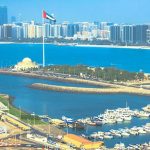 The UAE Adds Nine Iranians to a Supporters of Terrorism Blacklist 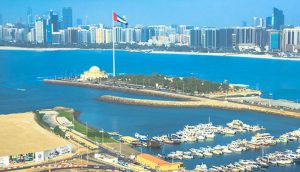 Ahead of US Secretary of State Mike Pompeo’s Abu Dhabi visit on July 9th, the United Arab Emirates (UAE) has placed nine Iranians on a blacklist for financing Revolutionary Guards Corp (IRGC) activities in the region.

The identities of the nine Iranians have not been disclosed. However, their addition to the terror financing blacklist means their bank accounts have been frozen.

Who are the nine?

Although not officially named, it is suspected that the nine Iranian entities and individuals are those that appeared on a US Treasury Department list as financial supporters of terrorism which were published in May.

The US Treasury Department accused the seven individuals and two entities of funneling hundreds of millions of dollars into the Iranian regime’s IRGC and Quds forces through a vast currency exchange network. In a statement released at the time, US Treasury Secretary Steven T. Mnuchin said, “the Iranian regime and its Central Bank have abused access to entities in the UAE to acquire US dollars to fund the IRGC-QF’s malign activities, including to fund and arm its regional proxy groups.”

The IRGC and Quds forces are disrupting forces in the region. They are active in the Syrian conflict and have supplied Houthi forces in Yemen with weapons and military advisers. Iranian opposition leader and President-elect of the National Council of Resistance of Iran (NCRI), Maryam Rajavi, has urged the international community to tackle the regime’s warmongering activities.

The UAE supports Tougher stance towards the Iranian regime

The latest move to freeze Iranian bank accounts in the UAE is a statement of support from the Emirati government. The UAE supported Donald Trump’s decision to withdraw from the Iran nuclear deal and has backed the US decision to reimpose economic sanctions on the Iranian regime.

On his personal Twitter account, UAE Minister of State and Foreign Affairs Anwar Gargash, pledged his support to US Secretary of State Mike Pompeo after Pompeo announced the policy decision in May. Gargash said, “Uniting [our] efforts is the correct path for Iran to realize the futility of its incursions and expansionism”.

The US and the UAE enjoy close diplomatic ties. The UAE hosts 5,000 American troops and its port of Dubai is the US Navy’s busiest port abroad.

Striking the heart of the IRGC

The UAE is also working with the US to end constrict Iran’s oil revenues. The IRGC controls around 40% of the Iranian economy and is one of the main beneficiaries of Iran’s underground economy, estimated to be worth between US$100 and US$140 billion.

In an attempt to strike at IRGC oil revenues, the US has urged the international community to stop importing Iranian oil. To help end the global community’s reliance on Iranian oil, the US issued a statement to OPEC calling on other oil-producing nations to increase their oil production.

Faced with the prospect of being squeezed out of the oil market, the Iranian regime has responded with threats. In a speech to Iranian expatriates in Europe, Hassan Rouhani, regime’s president threatened to respond by closing the Strait of Hormuz. He said, “if Iran’s crude oil exports were threatened, the rest of the Mideast’s would be as well”.

One thing is clear. The mullahs will receive no assistance from the UAE. As the mullahs face shifting attitudes among the international community, their revenue channels face disruption.

The decision to freeze nine Iranian bank accounts in the UAE is a strong signal to the mullahs. The UAE and other players in the Middle East are not willing to tolerate the mullahs’ destabilizing activities and will oppose the regime anyway it can. Without a steady stream of oil revenue, and with a growing resistance movement at home the mullahs are running out of options.