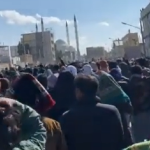 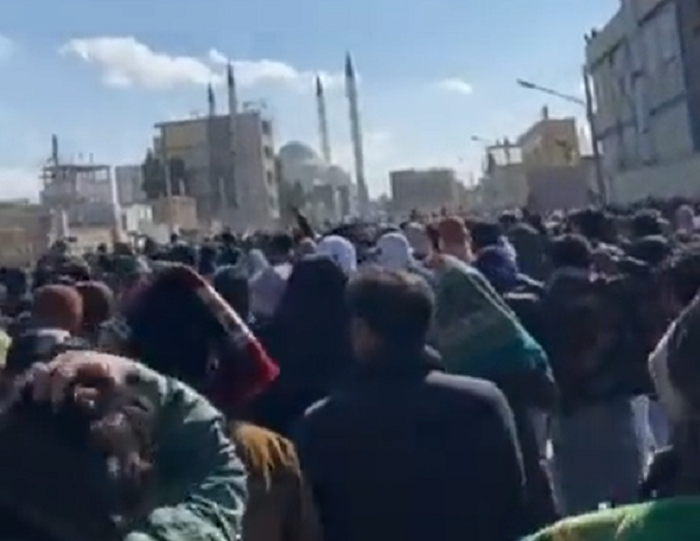 The Baloch people of Sistan and Baluchestan Province have been taking to the streets in anti-regime protests for months, with locals chanting slogans aimed specifically at regime Supreme Leader Ali Khamenei and his entire crackdown apparatus.

Protests in Iran have spread to at least 282 cities to date. According to Iranian opposition People’s Mojahedin of Iran (PMOI/MEK) sources, the regime’s forces have killed over 750 people and arrested over 30,000. Regime security forces began imposing strict security measures and establishing checkpoints in Zahedan. A long line of vehicles was reported as officials attempted to prevent expected anti-regime protests. Locals, however, have taken to the streets, chanting “Death to Khamenei!” “The IRGC must perish!” Basij, die!”

People in Galikesh, Golestan Province, northeast Iran, were also out in force, chanting anti-regime slogans such as “Basij and IRGC! You are ISIS for us!”

Iranian opposition President-elect Maryam Rajavi of the National Council of Resistance of Iran (NCRI) praised the Iranian Baloch people for their continued opposition to the mullahs’ regime ruling Iran.

“Today, the people of Zahedan, Rask, Khash, and Galikesh rose up again, chanting ‘To our fallen comrades, we pledge to stand to the end and ‘Khamenei, shame on you, let go of our country.'” “Dictators will not be able to stop people who are determined to win their freedom,” she emphasized.

Today, the freedom-loving people of #Zahedan, Rask, Khash & Galikesh rose up again with chants of “To our fallen comrades we pledge to stand to the end” & “Khamenei, shame on you, let go of our country.” Dictators cannot stop people who are determined to win their freedom. pic.twitter.com/JNOZ3Yc5XQ

The European Parliament made a strong move on Thursday, adopting a resolution with a large cross-party majority calling on the European Union and its Member States to designate the Iranian regime’s IRGC as a terrorist organization and to expand sanctions lists to include all individuals and entities responsible for human rights violations in the country, including regime Supreme Leader Ali Khamenei, President Ebrahim Raisi, Prosecutor General Mohammad Jafar Montazeri, and the Iranian regime’s IRGC.

The amendment “condemns Iran’s brutal crackdown on demonstrators following the death of Mahsa Amini, including her violent arrest, abuse, and ill-treatment by Iran’s’morality police’; calls on the EU and its Member States to include the IRGC on the EU’s terrorist list in light of its terrorist activity, repression of protesters, and supply of drones to Russia.”

People took to the streets in the western and northwest Iranian cities of Saqqez (the hometown of the late Mahsa Amini) and Mahabad to celebrate the European Parliament resolution calling on the European Union to declare the IRGC a terrorist organization.