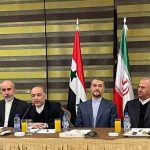 Written by Amineh Qaraee on January 16, 2023. Posted in NEWS 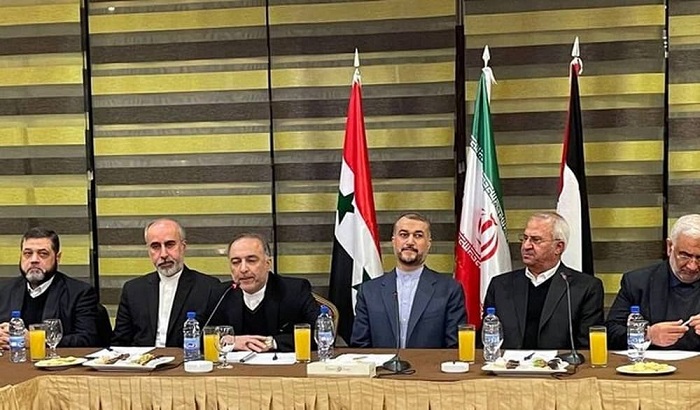 This narrative has been contradicted from several angles, with the International Atomic Energy Agency (IAEA) issuing quarterly reports that criticize the Iranian regime’s longstanding refusal to provide complete and credible explanations for the origin of nuclear traces found at three undisclosed sites inside the country. That persistent gap in knowledge has been made worse since the 2015 agreement, or Joint Comprehensive Plan of Action was placed on hold, with Tehran systematically scaling and ultimately halting inspectors’ access to surveillance footage and relevant data even from declared sites.

The US and its three European partners (E3) began speculating about the prospective re-implementation of the JCPOA more than a year ago. Early in 2022, it was reported that a draft agreement was already on the table, awaiting only Tehran’s approval and the ironing out of technical details. Yet the unofficial deadline for re-implementation continued to be pushed back as Tehran drew out the process, explicitly demanding revisions to the draft that EU foreign policy chief Josep Borrell had publicly described as being in its final form.

The regime’s nuclear dossier must be referred to the UN Security Council as soon as possible, and the six UNSC resolutions should be reinstated by the trigger mechanism, which should have been done a long time ago#Iran#JCPOA pic.twitter.com/9SK0sAe9LD

Indeed, the nuclear agreement that Amir-Abdollahian alluded to was designed to suspend sanctions that had been imposed on the regime by the European Union and the United Nations in exchange for comparatively modest limits on the regime’s nuclear activity. Since the American withdrawal from that agreement, only US sanctions have been re-imposed, but this unilateralism is not the norm.

Over just the past four months, the EU has imposed three new packages of sanctions on the regime over human rights violations related to an ongoing anti-government uprising in Iran. Multiple member states are currently pushing for a fourth, while the EU has also begun enforcing sanctions related to Tehran’s support of the Russian war on Ukraine. Somewhat ridiculously, Amir-Abdollahian also referenced that conflict in order to proclaim Tehran’s readiness to help realize a peaceful resolution, despite the fact that Iranian-supplied drones have lately been a key feature of Russia’s war of aggression and war crimes against Ukrainian civilians.

Facing a restive society and seeing their downfall on the horizon, the mullahs ruling Iran have stepped-up their warmongering policies, such as the export of terrorism or pursuing the development of nuclear weapons.

#Iran'ian Resistance announced yesterday attack against ships is IRGC’s act. Now clips show IRGC destroying evidence. I repeat: those doubting mullahs regime’s responsibility in these war crimes are accomplices or deceived! Zarif is but a façade for Khamenei and Ghassem Soleimani

The Iranian regime’s claims of seeking diplomatic relations is a worn-out method to buy more time for Tehran, as the ruling theocracy faces a nationwide uprising and a domestic existential crisis. The world powers should note that Tehran’s diplomacy goes hand in hand with terrorism. The incarceration of Assadollah Assadi, a terrorist diplomat tasked with bombing the Iranian opposition’s rally in 2018 in Paris, France. Assadi was running a network of terrorism and espionage across Europe while officially staying in the green continent as the “Third counselor of Iran’s embassy in Vienna.”

Instead of falling for the regime’s claims of diplomacy, Western powers should indeed increase pressure on Tehran and force it to abandon its adventurism. They should also support the Iranian people’s right to self-determination, as Iranians have shown their desire for freedom and democracy by continuing their uprising for five months despite the regime’s heavy crackdown.