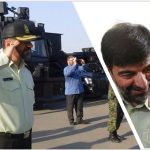 Written by Esmail Mohades on January 11, 2023. Posted in NEWS 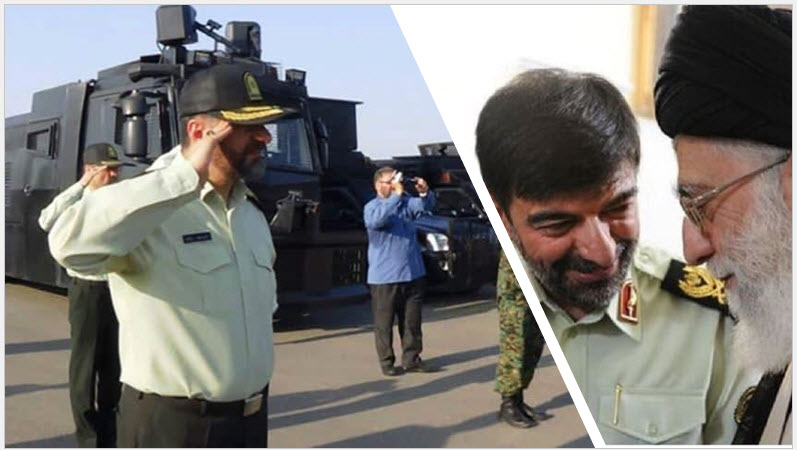 Radan was born in Isfahan in 1964 and as a teenager joined the Revolutionary Guards (IRGC) Basij paramilitary force. Due to his devotion to the regime and ruthless behaviour, he quickly rose through the ranks of the IRGC. In 1984, he was promoted to the rank of second Brigadier General in the IRGC. He was transferred to the regime’s State Security Force (SSF) prior to the end of the Iran-Iraq war, where he held various positions.

During his time as Tehran’s SSF chief, Radan initiated and vigorously pursued the so-called “increasing social security plan,” also known as the establishment of the “morality police” or “guidance patrol.”

This plan, introduced and implemented by people like Radan in 2005, was intended to harass Iranian women and youth, two major driving forces in Iran’s restive society.

“In July 2005, dealing with the improperly-veiled women, and even beyond that, apprehending ‘boys with perverted hair styles’ were the hot topics. “Ahmadreza Radan was Tehran’s police chief at the time,” the state-run Asr-e Iran website wrote on July 17, 2022.

Radan threatened to arrest and punish “boys with perverted haircuts.” “These boys will be taken to police stations, their families will be summoned, and after making a pledge to discipline their sons, the families will take their children to a barbershop for a regular haircut,” he said. Radan’s criminal career peaked in 2009 when he brutally suppressed unarmed protesters during the popular uprising that erupted in the aftermath of the rigged presidential elections.

“Crush those cretins mercilessly and proceed to eliminate them all. “Quash them, and then take the rest to Kahrizak prison to give them what they deserve,” he said in a radio communication with his forces obtained and published by the Iranian Resistance in 2009. He was personally involved in the heinous tortures inflicted on those detained at the notorious Kahrizak Prison during the 2009 uprising. In 2010, the United States sanctioned Radan for human rights violations.

But why was Radan appointed by Khamenei?

The solution lies on the Iranian streets and in the growing calls for regime change. Despite the regime’s brutal crackdown, which included the deaths of over 750 protesters, including four executed activists, the nationwide uprising has lasted four months. Many people believe that the protests have turned into a revolution and that the clock is ticking for the ruling theocracy. 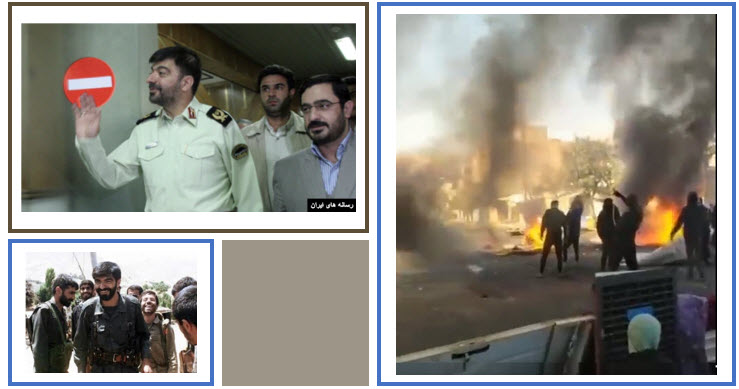 The mandate of Radan’s predecessor, Hossein Ashtari, will end soon, according to Iran’s state media. Many observers rejected this explanation because Khamenei’s decree appointing Ashtari was not time-limited. So, why was Ashtari kicked out of the SSF?