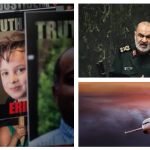 Iranians mark the anniversary of Flight PS752 with anti-regime protests 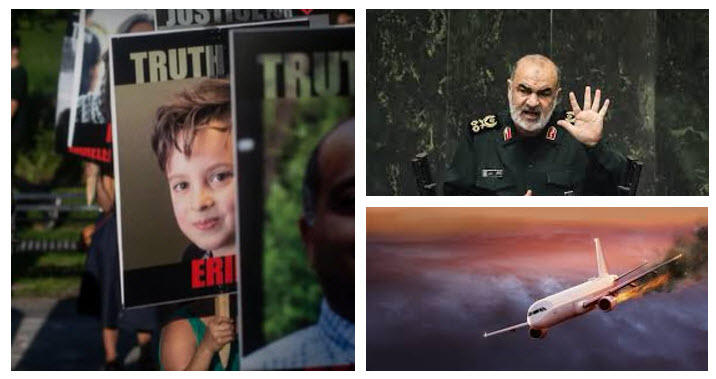 On Sunday, Iran’s nationwide uprising will mark its 115th day, as the country remembers the 176 innocent people who died three years ago when the Revolutionary Guards (IRGC) shot down Ukraine International Airlines Flight PS752.

The Iranian people, both at home and abroad, hold regime Supreme Leader Ali Khamenei and the IRGC fully responsible for this premeditated atrocity. Protests in Iran have now spread to at least 282 cities. According to sources from the Iranian opposition People’s Mojahedin of Iran (PMOI/MEK), the regime’s forces have killed over 750 people and arrested over 30,000.

Freedom-loving Iranians and supporters of the MEK have been holding rallies in Europe, the United States, and Canada in memory of the PS752 victims, calling on the international community to hold the mullahs’ regime accountable. These gatherings have taken place in London, Paris, Washington, Berlin, Munich, Cologne, Heidelberg, Stockholm, Oslo, Gothenburg, Malmö, Vienna, Sydney, Toronto, and Vancouver, among other places.

According to early reports on Sunday, merchants and storeowners in Sanandaj, Saqqez, Bukan, Kermanshah, Kamyaran, and Abdanan are on strike. In Najafabad, brave women were seen taking to the streets today to launch anti-regime rallies, chanting “For every person killed, another thousand will rise!” Similar demonstrations have taken place in Karaj, a city west of Tehran.

As per recent reports from the cities of Qom and Darreh Shahr in Ilam Province, protesters have recently used Molotov cocktails in more attacks targeting regime-related sites. Students from Soore University in Tehran held a rally today, chanting anti-regime slogans such as “Basiji and IRGC, you are our ISIS!”

January 8 – Tehran, #Iran
Students at Soore University held a protest rally and were seen chanting:
"Basiji and IRGC, you are our ISIS!"#IranRevolution2023 #FreeIran2023pic.twitter.com/HjfmkCjFBy

Locals in the northern Iranian city of Anzali held a ceremony to commemorate the 40th anniversary of Mehran Sammak’s murder by regime security forces. In order to keep the ceremony going, the crowd began chanting anti-regime.

January 8 – Abdanan, western #Iran
Locals are on strike and continuing the nationwide protests against the regime on the 115th day of the uprising and marking the third anniversary of the PS752 downing by the IRGC.#IranRevolution2023#اعتصابات_سراسری pic.twitter.com/Rm3Su7OBPi

Last month, Iranian opposition President-elect Maryam Rajavi of the National Council of Resistance of Iran (NCRI) called on the United Nations, the UN Security Council, the European Union, and member states to take effective and practical measures against the regime’s killing sprees, torture, and executions.

“If the mullahs think Iran’s revolution can be stopped through repression, torture, and execution, they are gravely mistaken. Our people’s response to suppression and killings, being Khamenei’s main tool for preserving his power, is Iran protests and the regime’s overthrow,” she explained.

Imprisoned protester, #Mohsen Shekari, 23, was executed on Khamenei’s order, showing the regime’s fear in the face of #IranRevolution and the prospect of being overthrown. This vicious crime will fuel people’s anger. Courageous youths and protesters will not remain silent. pic.twitter.com/tCG3GpBsKB