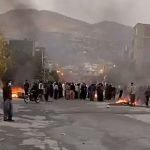 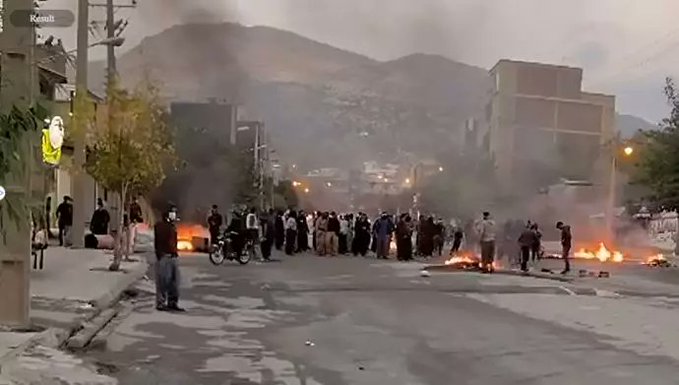 On Saturday, the 107th day of Iran’s nationwide uprising, protesters continued the revolution campaign against the mullahs’ regime.

Protests in Iran have now spread to at least 282 cities. According to sources from the Iranian opposition People’s Mojahedin of Iran (PMOI/MEK), the regime’s forces have killed over 750 people and arrested over 30,000. The MEK has released the names of 601 protesters who were killed.

Locals in Javanrud, Kermanshah Province, western Iran, began gathering on Saturday morning for a planned ceremony in memory of protesters killed by the mullahs’ regime 40 days ago. Authorities are deeply concerned about the trend of such rallies devolving into anti-regime demonstrations.

Crowds were heard chanting “Martyrs don’t die!” and “Death to Khamenei!” in reference to the regime’s Supreme Leader Ali Khamenei.

Locals continued their anti-regime demonstrations by setting fire to a police trailer. As per reports, the protesters were also en route to an IRGC facility in Salas Babajani, Kermanshah Province, western Iran. In other news from this city, protesters were seen seizing control of two state-owned bank branches.

In solidarity with the protesters in Javanrud, residents of Sanandaj, the capital of Kurdistan Province in western Iran, took to the streets on Saturday night and set up roadblocks with fires.

According to activists in Tehran, security forces have deployed many units to the city’s famous Bazaar area and have begun attacking those holding gatherings. A similar strike was reported in Rasht, Gilan Province, or northern Iran.

In other reports, official employees of the Abadan Refinery in southwest Iran and the Arak Refinery in central Iran held a protest gathering demanding answers to issues they have raised with their officials for some time. Employees of the Azar oil company have also gone on strike in Mehran, Ilam Province, western Iran. 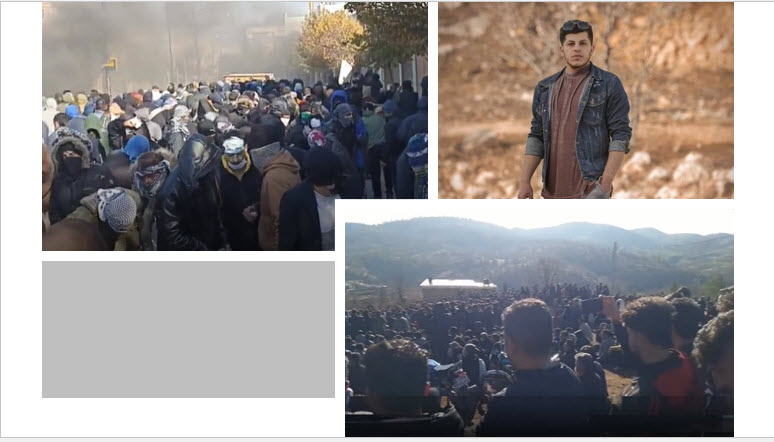 Protests have also been reported in the Isfahan Province cities of Najafabad and Semirom, where people have taken to the streets in rallies and follow-up marches following memorial ceremonies for protesters killed by the mullahs’ regime. Participants were heard yelling anti-regime slogans such as “Death to Khamenei!” and “Death to the dictator!”

People have been seen setting fire to posters of former IRGC Quds Force chief Qassem Soleimani in Qom and other cities across the country. This is a growing trend across the country as Iranians express their hatred for Soleimani, the IRGC, and the entire regime, especially as the anniversary of his death in Baghdad approaches on January 3, 2020.

Iranian opposition President-elect Maryam Rajavi of the National Council of Resistance of Iran (NCRI), praised the people of Javanrud for standing firm on December 31, in the face of the regime’s oppressive security forces and their deadly attacks on their ceremonies.

Khamenei fears even the commemoration of slain protesters. In Javanrud, people gathered to pay tribute to 7 protesters killed 40 days ago. Security forces opened fire, killing another brave young man, Borhan Eliasi. These crimes will only fuel the flames of #Iranprotests.#Iran pic.twitter.com/XD98lLfCHA

“Khamenei fears even the commemoration of slain protesters. In Javanrud, people gathered to pay tribute to seven protesters killed 40 days ago. Security forces opened fire, killing another brave young man, Borhan Eliasi. These crimes will only fuel the flames of Iran’s protests,” the NCRI President-elect emphasized.