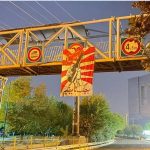 Written by Mohsen Aboutalebi on January 3, 2023. Posted in NEWS 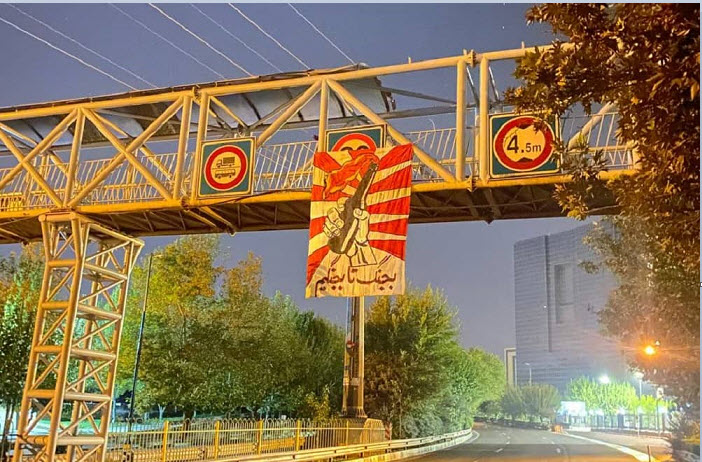 Despite numerous efforts, Iran’s ruling theocracy has been unable to counter the ongoing nationwide uprising. Tehran, desperate to quell a restive society, is also contending with the growing popularity and influence of Iran’s main opposition, the People’s Mojahedin of Iran (PMOI/MEK).

The Revolutionary Guards (IRGC) speaks of the clerical regime’s current dire situation in its latest classified report obtained by the Iranian Resistance, as well as how the nationwide uprising and the prospect of downfall have exacerbated the regime’s infighting, literally shifting fear to the mullahs’ camp.

The following is an excerpt from the regime’s IRGC report:

The MEK’s activities have increased since the beginning of the protests, as they have grown in size and intensity. According to reports, the MEK has been focusing on disrupting the urban commuting system, using the created crowd in bus and metro stations to control the public transportation guiding system.

As time passes and the demonstrations become more damaging to the public, rioters affiliated with the MEK become more aggressive. To engage citizens who have not been involved in riots, protests are now being held in alleys rather than main squares and roads. As a result, this creates the general impression that protests are becoming more popular in all walks of life. Using this method, rioters force security forces to follow them into alleys and residential areas, and once these forces use their equipment such as tear gas, the locals’ general hatred toward the security agent intensifies.

Alternatively, the regime’s reformist faction bargains for a larger share of power by inducing widespread protests and warning about the system’s demise. They meet with top officials, attempting to capitalize on the riots by convincing them that reforms are unavoidable.

Reformists employ two distinct strategies. On the one hand, they hold meetings with security and judiciary officials who share their perspectives and propose solutions in an attempt to create a misunderstanding. Their media, on the other hand, promotes higher demands, such as holding security forces accountable for alleged errors and repealing mandatory hijab laws.

#Iranian regime's Supreme Leader has called on senior state officials to support police brutality and take a stance against #IranRevoIution. Watch and judge the reaction he received and what that means for the regime's future. pic.twitter.com/GzGtzUo0YV

In contrast, the loyalist faction, which is close to Khamenei, suffers from the duality in positions and actions. Some of them see organized riots as a result of the system’s performance and prioritize structural reforms.

The enemy also plots to harm public transportation by setting fire to trains and train depots, sabotaging the railroad, committing suicide in metros, and slashing the tires of high-speed buses in order to close lines and cause traffic. Since the November 2019 riots, the MEK has sought to arm its [Resistance] Units and supporters, teaching them how to make and use Molotov cocktails and hand grenades. 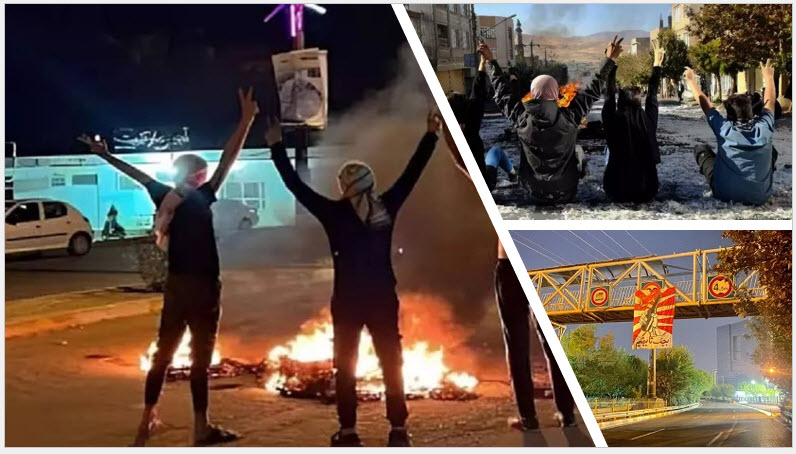 Because of the high likelihood of riots escalating into an armed conflict, all security officials must take the necessary actions and precautions. The use of Molotov cocktails and hand grenades by insurgents and MEK affiliates indicates that the enemy is prepared for a much harsher conflict.