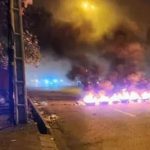 Written by Esmail Mohades on December 29, 2022. Posted in NEWS 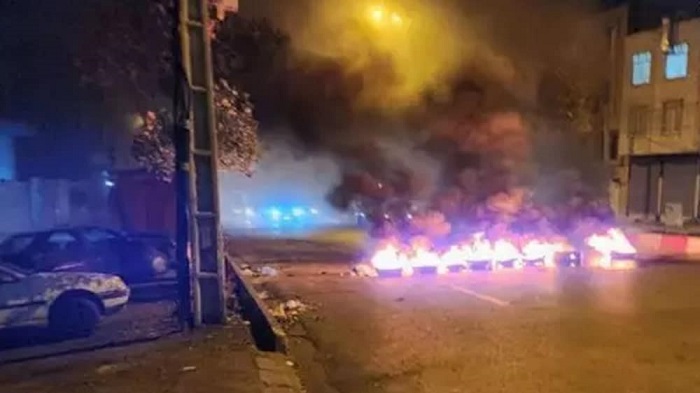 The defiant youths in Saqqez blocked the streets by lighting fire and in Mahabad they held nightly demonstrations chanting “Death to the dictator.”

On Wednesday, the 40th-day ceremonies of the martyrdom of Shahriar Mohammadi, Milad Maroufi, and Mehran Rahmani were held in Bukan and Mahabad and participants chanted anti-regime slogans.

On the same day, the defiant youths torched a seminary in Tehran, a District administration building in Kalameh city in Bushehr province, and the Basij base in Qahdarijan of Isfahan, using Molotov cocktails. The youths also set fire to a seminary in the city of Bushehr.

On Monday evening, December 26, the State Security Force agents opened fire on a car in the Dashtabi district of Qazvin killing Mehrdad Malek, a 17-year-old teenager. On December 25, in a similar criminal act, a 12-year-old girl named Soha Etebari was killed in the city of Dashti in Hormozgan province.

December 28 – Bandar Abbas, southern #Iran
Locals are reporting a major shortage of diesel fuel in gas stations for many days now. This crisis is crippling the country's fleet of trucks.#IranRevolution2022#مرگ_بر_ستمگر_چه_شاه_باشه_چه_رهبر pic.twitter.com/YnEFi94dGy