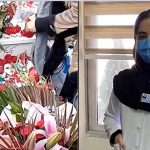 Written by Amineh Qaraee on December 28, 2022. Posted in NEWS 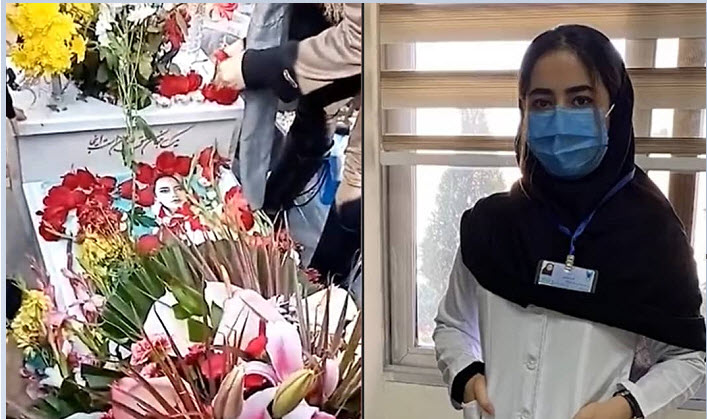 On Tuesday, December 27, the 103rd day of the uprising, the 40th ceremonies of martyrs were held in Tabriz, Mahabad, and Bukan.

In Tabriz, the ceremony of the martyred student Aylar Haghi in Vadi Rahmat cemetery was attended by a large crowd despite the heavy presence of the suppressive forces. Participants were chanting “Khamenei is a murderer, his rule is null and void,” “We, men and women, are fighters, fight and we will fight you back,” “Death to the dictator” and some slogans in Turkish. Suppressive forces attacked the crowd, and beat and arrest some of the participants.

Similar ceremonies were held for Azad Hosseinpour, Mohammad Ahmed Ganesh, and Kamal Ahmedpour in Mahabad, and for Hiva Jan Jan in Bukan. Participants in these ceremonies were chanting “Martyr never dies,” “Kurds and Baluchis are brothers, hate the Supreme Leader to death,” “Death to traitor,” “Death to the Supreme Leader after many long years of crimes,” “This year, is a year of sacrifice, Seyyed Ali (Khamenei) will be overthrown.” The suppressive forces surrounded the grave site of Hamid Reza Rouhi in Behesht Zahra Cemetery in Tehran and prevented people from holding his 40th day of martyrdom ceremony.

December 27 – Mahabad, northwest #Iran
Locals gathered to mark the 40th day of three protesters murdered by the regime's oppressive security forces began chanting:
"So many years of crimes! Death to the mullahs' regime!"#IranRevolution2022#مهابادpic.twitter.com/NdRj1VFcEj

On Tuesday evening, residents of the Punak district of Tehran were chanting “Death to the dictator” and “Bloodthirsty Khamenei, we will bury you.”Mrs. Maryam Rajavi honored the memory of the martyrs and said that 40 days have passed since Aylar’s martyrdom. The people of Tabriz honored her memory and chanted at her grave site “Khamenei is a murderer; his rule is null and void.” Soon, the brave youths will replace the murderers of the Iranian people with democracy and people’s rule. The democratic revolution will prevail.

December 27 – Tabriz, northwest #Iran
Authorities have dispatched a large contingency of security units to the cemetery and have arrested at least three youths, according to local activists.#IranRevolution2022#آیلار_حقی pic.twitter.com/dTWdK55sTM