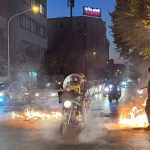 Written by Amineh Qaraee on December 22, 2022. Posted in NEWS 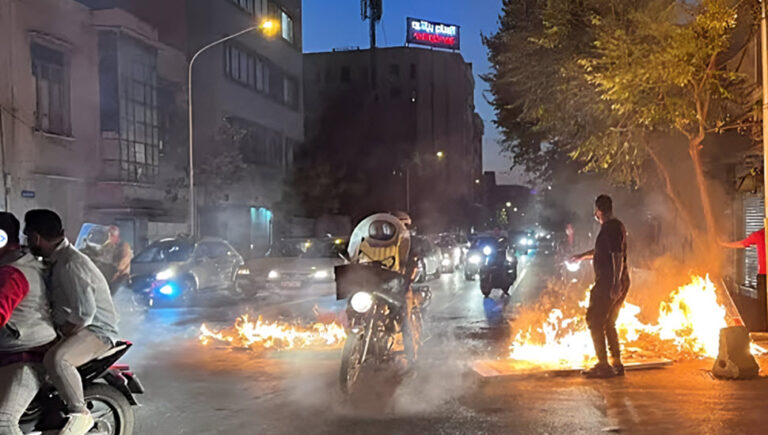 According to the latest reports protesters in at least 280 cities throughout Iran’s 31 provinces have taken to the streets for 95 days now seeking to overthrow the mullahs’ regime. Over 750 have been killed by regime security forces and at least 30,000 arrested, via sources affiliated to the Iranian opposition PMOI/MEK.

On Monday, Iran’s nationwide uprising celebrated its 97th day with the launch of a new three-day initiative of major strikes and protests across the country. Protests in Iran have now spread to at least 280 cities. According to sources from the Iranian opposition People’s Mojahedin of Iran (PMOI/MEK), the regime’s forces have killed over 750 people and arrested over 30,000. The MEK has released the names of 596 protesters who were killed.

December 19 – Kamyaran, western #Iran
Locals are on strike and continuing the nationwide protests against the regime on the 95th day of the uprising.#IranRevolution2022#اعتصابات_سراسری pic.twitter.com/ePTMEXpzj4

Workers from the Qeshm Islamd oil terminal, as well as employees and personnel from the Parand Industrial City Transformers Company, have also joined this new campaign. Residents of Tehran’s Rasul Akram Hospital, students at Iran University of Medical Sciences, and students at Isfahan University’s Economics School have gone on strike and are boycotting classes in response to the regime’s escalating crackdown measures.

A large crowd gathered in Javanrud for the funeral of Mohammad Haji Rasoulpour, a protester killed by the regime’s security forces. The funeral turned into a protest rally, with attendees vowing to carry on Mohammad’s legacy by chanting, “Martyrs don’t die!”

On the 40th anniversary of the murder of Faeq Mam-Ghaderi by security forces, a ceremony was held in Mahabad. In honor of the martyr, protesters chanted anti-regime slogans.

On Monday, a crowd gathered in Tehran’s Jamalzadeh district and chanted anti-regime slogans such as “Death to the dictator!” and “We don’t want a child-killing regime!” Protesters also demanded the release of political prisoners and pledged to continue their uprising. Another protest took place at the Enghelab metro station, with protesters chanting “Death to Khamenei!” Protests were also reported at Tohid metro station and Punak district, where demonstrators set fire to roads and chanted anti-regime slogans.

Protesters held a large rally in Karaj, west of Tehran, Rasht, and Golshahr, chanting anti-regime slogans. They also remembered Majid Reza Rahnavard, a protester who was executed earlier this month by the regime.

Following Saturday’s protests at Karaj Central Prison, the situation remains extremely tense, with a heavy security presence at the notorious facility. According to reports, security forces have killed at least one prisoner and injured dozens more. All phone calls and meetings with inmates have been canceled.

In northern Iran, prisoners at Qaem Shahr Prison protested the transfer of one inmate for execution. According to reports, the atmosphere was extremely volatile, and prison guards, aided by anti-riot units, attacked the protesting inmates. According to some reports, authorities used live ammunition against the inmates.

Iranian opposition President-elect Maryam Rajavi of the National Council of Resistance of Iran (NCRI), has called on the international community to intervene and save the lives of inmates whose lives are in danger as authorities increase the number of executions and crackdown measures.

Inmates in Central Prison of #Karaj protested the executions of prisoners with chants of Death to Khamenei. They echoed the voices all Iranians who want to see an end to the reign of executions, torture, & terror. The int’l community must act urgently to #StopExecutionsinIran

“Inmates at Karaj’s Central Prison chanted ‘Death to Khamenei!’ in protest of the executions…  They echoed the voices of all Iranians who want the reign of executions, torture, and terror to end. “The international community must act quickly to put an end to executions in Iran,” the NCRI President-elect stressed.