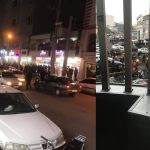 Written by Mohsen Aboutalebi on December 11, 2022. Posted in NEWS 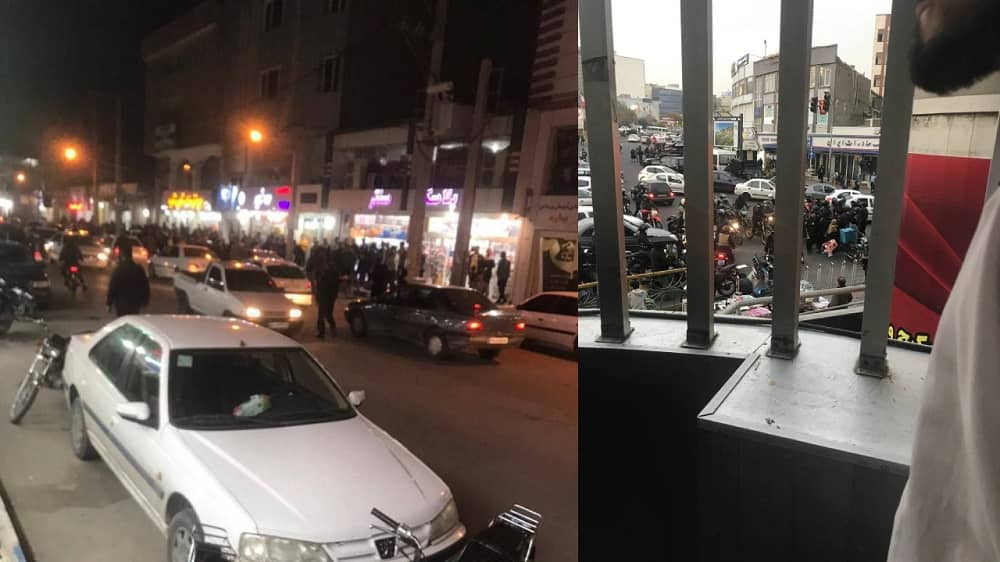 The students of Sanandaj Technical and Vocational University for Girls protested the execution of Mohsen Shekari and honored the memory of the martyred girls while chanting “Students ready to die but will not be humiliated” and “Freedom, freedom” and wrote the names of the martyrs on the university premises.

On Saturday, December 10, the 86th day of the uprising, attacks on centers and symbols of the clerical regime continued in various cities by the defiant youths. Universities and Bazaars were also the scenes of demonstrations and strikes. The students of Science and Culture, Melli, and Allameh universities in Tehran staged protests chanting “If one student is missing, all hell will break loose,” “University guards (Herasat), out,” etc. Allameh students clashed with Herasat agents.

The suppressive agents brutally attacked and beat them but the students resisted and reciprocated by throwing rocks and chanting “Shame on you.” On Saturday afternoon through the evening, Tehran residents went out to Sattar Khan Street to pay tribute to Mohsen Shekari, recently executed, despite a heavy presence of plainclothes agents and special units. Suppressive forces attacked them and made some arrests. In Sadeghieh, Tehran, people staged protest gatherings at nightfall.

Last night, people in parts of Tehran held nightly demonstrations to honor Mohsen Shekari, chanting “We are all Mohsen” and “Death to Khamenei, the killer.” Local residents also shouted slogans from their residential building, “Death to Khamenei,” “They took away our Mohsen and delivered his corps.” The young people gathered at his graveyard in Behesht-e Zahra, and groups of people gathered outside his home in Narmak and honored his memory by laying bouquets of flowers and lighting candles

Last night in Tehran, in the areas of Chitgar, Shahin South, Darband, and Bagh Feiz, people staged nightly demonstrations chanting “We pledge to the blood of our comrades – we will stand until the end” and “Death to Khamenei.”

In some areas of Karaj, people chanted from their residential blocks, “They took away our Mohsen and delivered his corps.” The people of Kermanshah who were demonstrating on Taq-e Bostan Blvd were attacked by the suppressive agents. Young people came to the streets in Rudsar and pay respect to Mohsen Shekari and clashed with the armed agents.

December 10 – Tehran, #Iran
Locals in the capital's Narmak district are continuing the nationwide protests against the regime on the 86th night of the uprising.#IranRevolution2022#مرگ_بر_ستمگر_چه_شاه_باشه_چه_رهبرpic.twitter.com/3jVEJjyVmy

In Vakil Abad, Mashhad, people protested with the slogan “Poverty, corruption, high prices, we will march to overthrow.” In Dareh Shahr of Ilam province, the young people attacked the broadcasting center of the regime with Molotov cocktails. In Sanandaj, the youth staged a nightly protest by blocking the road.

In Ahvaz, the young people attacked the Imam Hossein Garrison of IRGC with incendiary materials. In Yasuj, the office of Khamenei’s representative was attacked by Molotov cocktails. Last midnight, the student Basij office of Sharif Industrial University in Tehran was set on fire.

December 10 – Karaj, west of Tehran, #Iran
Locals continuing the nationwide protests against the regime on the 86th night of the uprising.#IranRevolution2022#مرگ_بر_ستمگر_چه_شاه_باشه_چه_رهبر pic.twitter.com/yQknCX6pFt

The state-run website Ruidad 24 wrote on December 9: “Unknown people attacked Yasrebi Seminary in Kashan by throwing incendiary materials, and. In recent days the seminaries in Talesh and Izeh and the home of Semirom’s Friday prayer leader have been attacked by Molotov cocktails.