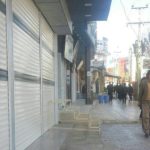 Written by Esmail Mohades on December 10, 2022. Posted in NEWS 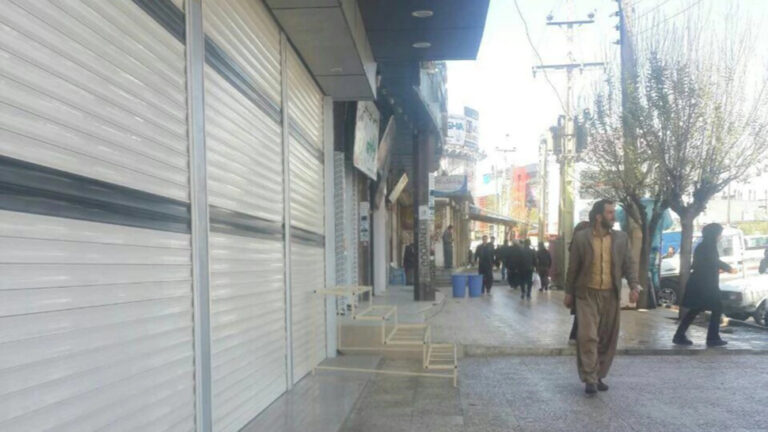 According to the latest reports protesters in at least 280 cities throughout Iran’s 31 provinces have taken to the streets for 83 days now seeking to overthrow the mullahs’ regime. Over 700 have been killed by regime security forces and at least 30,000 arrested, via sources affiliated to the Iranian opposition PMOI/MEK.

Iran will observe its annual Student Day on Wednesday, December 7, as the country’s uprising enters its 83rd day after two days of widespread strikes by store owners and students at dozens of universities and schools across the country. Locals in Karaj, Javanrud, Kermanshah, Marivan, Mahabad and many other cities and towns are on strike and closing their businesses in solidarity with the ongoing revolution against the mullahs.

Students at universities in Tehran, Ahvaz, Rasht, and elsewhere are boycotting classes in support of the national uprising. Iranian regime President Ebrahim Raisi paid a visit to Tehran University, where he was met with protests during his remarks, despite the fact that only hand-picked individuals were admitted.

Protests in Iran have now spread to at least 280 cities. According to sources from the Iranian opposition People’s Mojahedin of Iran (PMOI/MEK), the regime’s forces have killed over 700 people and arrested over 30,000. The MEK has released the names of 565 protesters who were killed.

December 7 – Tehran, #Iran
Students of the Faculty of Psychology and Educational Sciences at Tehran University are boycotting their classes on the 83rd day of the uprising.#IranRevolution2022#روزدانشجو pic.twitter.com/doTY0JLXfW

Students at Amir Kabir University in Tehran are protesting and chanting anti-regime slogans such as “Death to the dictator!” on the occasion of the country’s Student Day. Despite heavy security, protesting students were able to get past campus security and Basij units and reach the school’s main and Hafez gates.

According to reports, the regime’s Basij units and campus security at various universities attacked students holding anti-regime rallies on the country’s Student Day. This includes Mashhad’s Ferdowsi University, as well as Tehran and Amir Kabir universities in the capital.

Students all over the country have been chanting anti-regime slogans such as “Death to Khamenei!” “The dictator must go!” “Students will never be forgotten!” They have also been seen chanting “With or without the hijab, we’re headed for a revolution!” in yet another indication from the Iranian people that this movement goes far beyond women’s rights and seeks the regime’s total overthrow.

At the same time, students across the country staged strikes and protest rallies. Students refused to attend classes in Tehran, Babol, Qazvin, Tabriz, and Sanandaj, according to videos and photos. Meanwhile, students staged protests at Kurdistan University in Sanandaj, Noshiravani University in Babol, and Allameh Tabataba’i University in Tehran.

Locals in Bandar Anzali held a memorial service for Mehran Samak, one of the protesters killed by security forces in recent weeks. The ceremony was attacked by security forces, who opened fire on the attendees. The ceremony devolved into an anti-regime protest rally, with demonstrators chanting, “We stand to the very end!” and “For every person killed, another thousand will rise!”

NCRI President-elect Maryam Rajavi of Iran’s opposition coalition highlighted the role of students in the Iranian people’s decades-long struggle for freedom and democracy.

“Universities were enchained. Thousands of its students were slain but they did not surrender. The lessons of resistance and perseverance against reactionary forces were passed on from one generation to the other. And now they are at their height,” she explained.