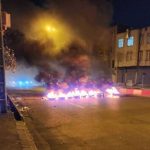 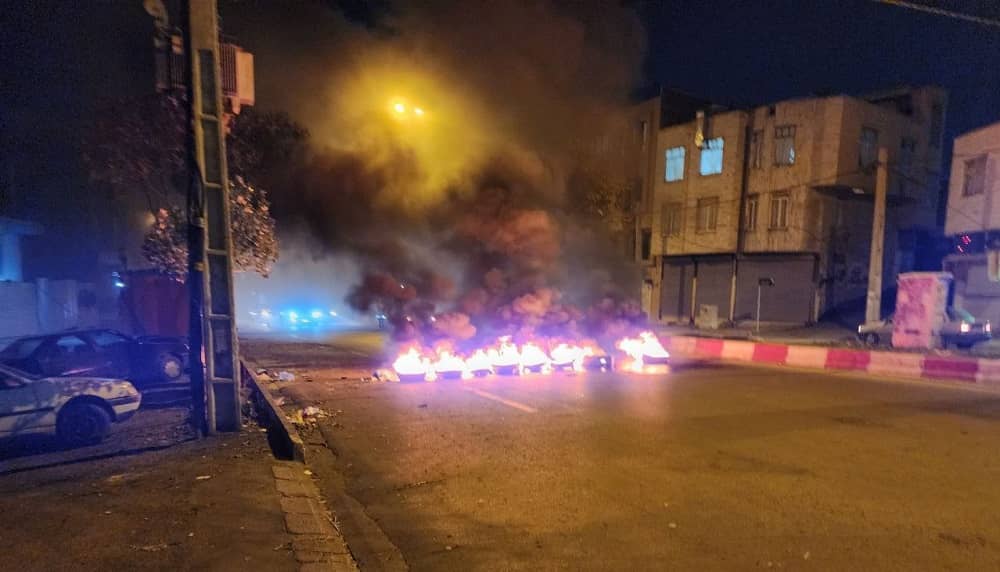 Nightly protests in Tehran and dozens of cities; strikes by merchants in 45 districts of Tehran and 85 cities; students’ strikes in 34 universities.

On Monday, December 5, marking the 81st day of the uprising, people staged nightly protests with anti-government slogans and lighting fires in the streets in different parts of Tehran and dozens of cities.

In the Towhid subway station, people chanted, “Khamenei is a murderer; his rule is illegitimate,” and in the Shariati subway, people chanted, “This is the last message; the regime itself is the target.” On Niayesh highway, aiming at Khamenei, youths chanted, “You are the murderer.” “Death to Khamenei” was chanted in Shariati, Varamin, and Sattar Khan streets. In some areas of Tehran, suppressive forces attacked protesters, and people confronted them by shouting, “Shame on you, Shame on you,”.

December 5 – Tehran, #Iran
More footage of protesters in the capital's Ekbatan district continuing the nationwide protests against the regime on the 81st night of the uprising.#IranRevolution2022#مرگ_بر_ستمگر_چه_شاه_باشه_چه_رهبر pic.twitter.com/cliht5s1iq