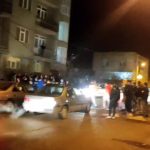 Written by Esmail Mohades on December 7, 2022. Posted in NEWS 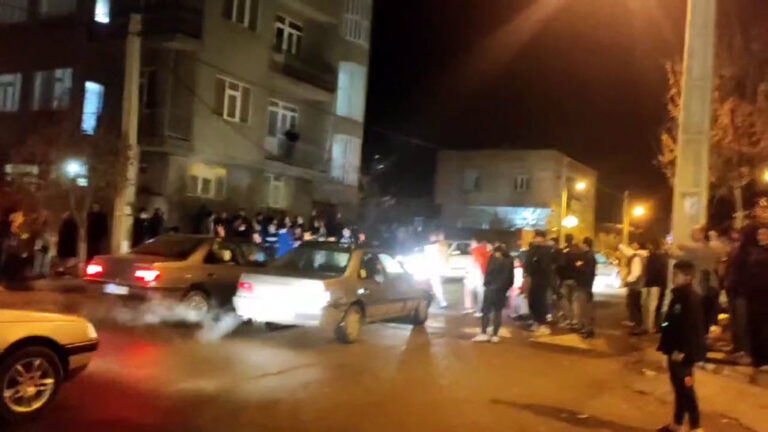 According to the latest reports protesters in at least 279 cities throughout Iran’s 31 provinces have taken to the streets for 80 days now seeking to overthrow the mullahs’ regime. Over 700 have been killed by regime security forces and at least 30,000 arrested, via sources affiliated to the Iranian opposition PMOI/MEK.

On December 4, the Iranian people continued their nationwide uprising for the 80th day, following the death of Mahsa Amini, a 22-year-old woman arrested by morality police in Tehran on September 13 for allegedly violating the country’s strict dress code for women. Protests erupted in response to the event, which has since spread to at least 280 cities. Over 700 people have been killed and more than 30,000 are arrested by the regime’s forces, according to sources of the Iranian opposition People’s Mojahedin of Iran (PMOI/MEK). The names of 565 killed protesters have been published by the MEK.

Protests began on Sunday with farmers in Isfahan and hospital workers in Shiraz, who continue to face deteriorating living conditions under the mullahs’ regime.

Local high school students continued the protests in Shahriar, a city in Tehran Province, chanting “Death to the dictator!” Locals in Rasht’s Golsar district, a major city in northern Iran, erected a large banner that read: “We vow on the blood of our compatriots; we will stand to the very end!”

A college student in Tehran who is a member of the MEK’s network of Resistance Units inside the country stressed in a recent message to the Persian branch of the Al Arabiya network that “our efforts, as members of the Resistance Units, are focused on expanding this uprising. By overthrowing this regime, we seek only freedom for our country,” he explained. “The entire nation is united, so one can conclude that this regime will be overthrown soon,” he added, while declining to reveal his identity for his own safety and security.

Throughout the day on Saturday, various cities in Iran witnessed sporadic protest rallies and gatherings, beginning with locals in numerous cities and towns setting ablaze sites of the paramilitary Basij units and offices of local representatives of regime Supreme Leader Ali Khamenei.

Students also staged protests in a number of cities. Students at Tehran University held a protest rally in the capital, calling for the release of imprisoned students. Kharazmi University students demonstrated in Karaj, calling on other students to join them in their opposition to the regime.

Iranian opposition President-elect Maryam Rajavi of the National Council of Resistance of Iran (NCRI) emphasized the MEK’s role in opposing the ruling regime immediately after the mullahs hijacked the 1979 revolution, particularly the unwavering support for women in Iran.

“Since the mullahs came to power in Iran, the PMOI has opposed the regime’s misogyny and at that time the PMOI condemned the compulsory veil. On March 8, 1979, PMOI women were beaten by the regime’s forces for defending women without veil,” she explained.

Since the mullahs came to power in Iran, the PMOI has opposed the regime’s misogyny and at that time the PMOI condemned the compulsory veil.
On March 8, 1979, PMOI women were beaten by the regime’s forces for defending women without veil.#FreeIran pic.twitter.com/mSN0UUg7bS