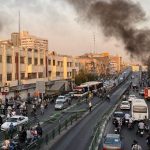 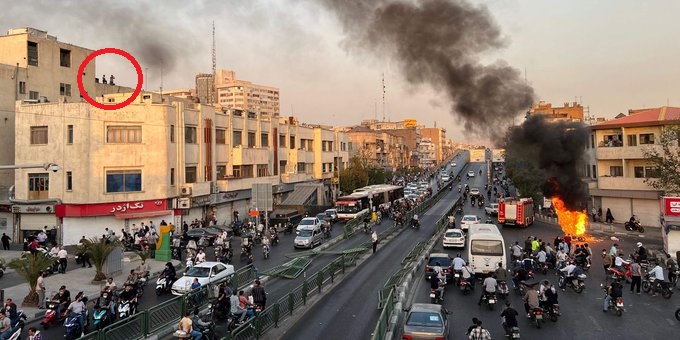 On Saturday evening, brave women in Haft Hoz Narmak, Tehran, staged their protests with the slogans “Khamenei is a murderer, he should be executed,”

On Saturday, December 3, the 79th day of the uprising, locals in the Tarbiat Modarres subway in Tehran chanted, “death to the dictator” and “Mullahs must get lost”. Students in Tehran, Kharazmi Karaj, and Kurdistan University in Sanandaj staged their sit-ins and strike.

December 3 – Tehran, #Iran
Workers at the IRGC-linked Crouse Company are on strike. This is the country's largest auto parts manufacturing company.#IranRevolution2022#اعتصابات_سراسری pic.twitter.com/MZ4ueeHYk1

On Saturday evening, brave women in Haft Hoz Narmak, Tehran, staged their protests with the slogans “Khamenei is a murderer, he should be executed,” “Pledge to our fallen comrades, we remain steadfast to the end,” “Long live the resistance from Khash to Mahabad,” and “For every fallen person, one thousand will rise”. Residents in the Ekbatan neighborhood protested in the street with the slogan “Death to Khamenei, damned be Khomeini”. Also, chants of “Bloodthirsty Khamenei, we will bury you” were heard from buildings in the area.

In the Sattar Khan district, people staged a nightly protest by lighting fire and chanting, “Poverty, corruption, and high prices; We shall carry on until the overthrow of the regime,” and “Death to the dictator (referring to Ali Khamenei) “. A street protest rally was held on Tehran’s Ferdows Boulevard with the slogans “Fight! and we shall fight back,” and “From Zahedan to Tehran, I sacrifice my life for Iran.” Chants of” Death to the dictator,” was also echoed from buildings in Tehran’s Sohrevardi district. Defiant youths in Jiroft (Central Iran) and Yazd set state-installed banners on fire.

Detainees’ families began a sit-in outside the regime’s courthouse in Abdanan on Saturday, December 3. The State Security Forces (SSF) attacked them and beat the young daughter of one of the detainees.