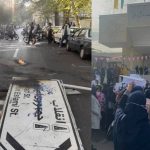 Written by Mohsen Aboutalebi on December 2, 2022. Posted in NEWS 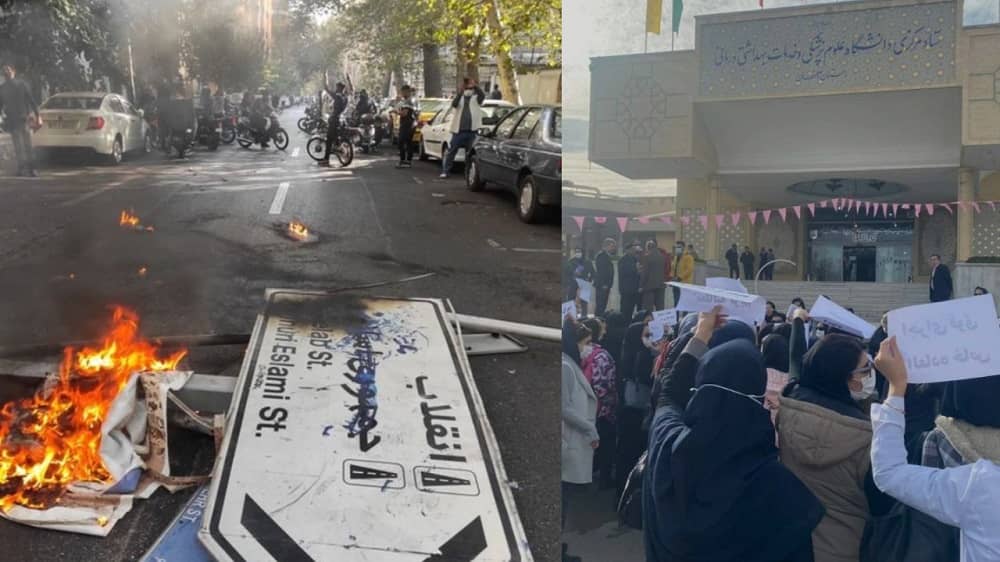 Tehran and other cities were the scenes of jubilation following the regime’s World Cup defeat; nationwide strikes continued on Wednesday.

December 1, marking the 76th day of the uprising, people throughout Tehran and other cities across the country poured out on streets and neighborhoods in the early hours, following the regime’s defeat in the World Cup game. They were chanting “Death to Khamenei.”Mehran Samak, 27, was shot dead in Bandar Anzali (northern Iran), in the Cheragh-Bargh area, as he was celebrating the regime’s loss in the game. Based on eyewitness accounts, the city’s commander of the State Security Force used a shotgun to shoot directly at Mehran’s head from inside his own vehicle.

The burial procession of Mehran was attended by a large crowd chanting “Death to the dictator,” “This martyr is a gift to the nation,” and “You are lewd, and I am a liberated woman.” In his last message on Instagram, Mehran called on people to continue with their strikes and demands on the streets and stand together.

On Wednesday, the 3rd-day memorial ceremony of Shuresh Niknam was held in Mahabad with people chanting “Martyr never dies.”Ebrahim Sharifi, 29, and Avat Qadirpour, 20, who was shot directly by the Revolutionary Guards in Bukan, died in Urmia hospital on November 29 and 30 respectively.

On Wednesday, the fifth day of the truck drivers’ strike, it spread to the cities of Mashhad, Firouzkouh, and Kermanshah. In Tehran, the personnel of Novin Sanat Raja Company, affiliated with the railway network, staged a protest rally. In Isfahan, farmers from east and west areas of Isfahan gathered in front of the Isfahan Water Authority to demand their rights, and the Abfa (Water and Wastewater Company) workers of Isfahan also staged a protest rally. Nurses of Isfahan University of Medical Sciences protested with the slogan, “All these years of betrayal, shame on the ministry.”

On Wednesday morning, the defiant youths set fire to one of the centers of suppression in Kamyaran, and in Yazd, the image of Qassem Soleimani, the defunct Commander of Quds force, was torched. In Bandar Abbas, protesters attacked a Basij base with Molotov cocktails. The protesters in Kamyaran set fire to the government bank of Sepah, and the people of Sanandaj seized the Janbo store belonging to the IRGC in the Kani Kozle neighborhood. The Public Relations Department of General Information of Sistan and Baluchistan province announced Ahmad Salehi’s death, one of this ministry’s officials according to Quds Force affiliated news agency, Tasnim, November 30.

Iranian people expressed their anger last night with unison chants of “Death to Khamenei” and “Death to Bassiji” at the regime’s corruption of national sport. If anyone in any position or career stands with the mullahs, people know them as anti-patriotic & anti-Iranian.#Iran pic.twitter.com/CKQAz5gqdV

On Wednesday night in Tehran’s Kamali Street, the slogans “Death to Khamenei” and “The state of the country will not improve until mullahs are gone” echoed from the buildings.