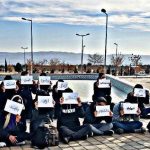 Written by Mohsen Aboutalebi on November 27, 2022. Posted in NEWS 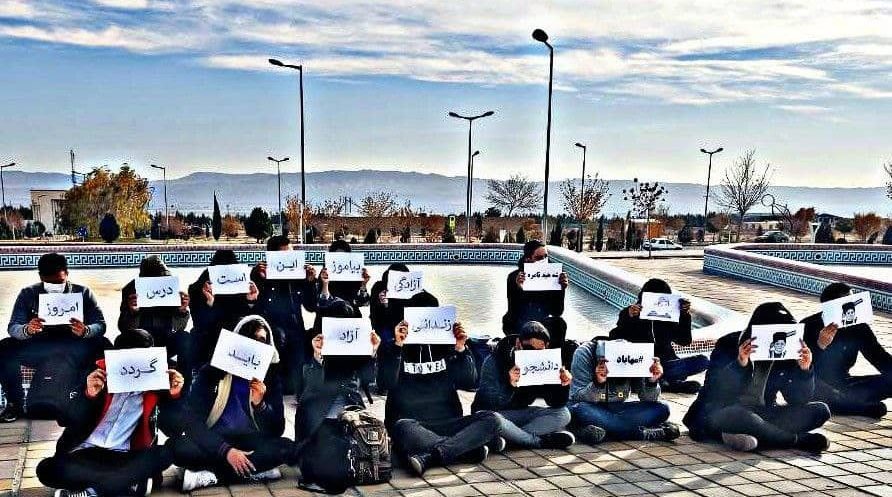 On Saturday, November 26, marking the 72nd day of the uprising, students in different universities called for the release of their colleagues from the prisons.

On Saturday, November 26, marking the 72nd day of the uprising, the bazaar merchants of Zahedan went on strike in protest to the violent suppression of the November 25 demonstration. The suppressive forces continue to arrest Balouch citizens. The victims of yesterday’s crackdown in Zahedan are living in dire conditions. They are deprived of basic facilities such as gas and antiseptics for dressing their wounds, and pharmacies have been threatened to refrain from selling these materials to people.

Fearing the uprising of the Balouch people, the IRGC agents held a military maneuver in Chabahar. In Zahedan, the sister of Khodanoor Lajei, who suffered a heart attack after hearing the news of her brother’s martyrdom, died in the hospital on Tuesday, November 22. (Khodanoor was one of the protesters savagely chained to a lamp post in prison and left to die of bleeding and suffer from thirst).

November 26 – Isfahan, central #Iran
More footage of locals continuing the nationwide protests against the regime on the 72nd night of the uprising.#IranRevolution2022#مرگ_بر_ستمگر_چه_شاه_باشه_چه_رهبر pic.twitter.com/qnjIhihIhK

Today, many clerics affiliated with Ali Khamenei admitted to the failure of the clerical’s system in dealing with students’ uprising in a meeting held at Khamenei’s representative office. In this meeting, a cleric called Ghasemian, the head of the Jihadi base known as Imam Reza is quoted as saying: “Not even a single person pays attention to his excellency (Khamenei) words, and this shows that our network is not in a desirable state.

For example, Khamenei’s speech a few days ago had a very strategic and decisive significance, but it was not reflected well in the zealots’ social media (Hezbollah-affiliated circles). I expected that there would be some reactions to his speech and his words would be highlighted, but this did not happen…”