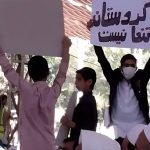 Written by Esmail Mohades on November 26, 2022. Posted in NEWS 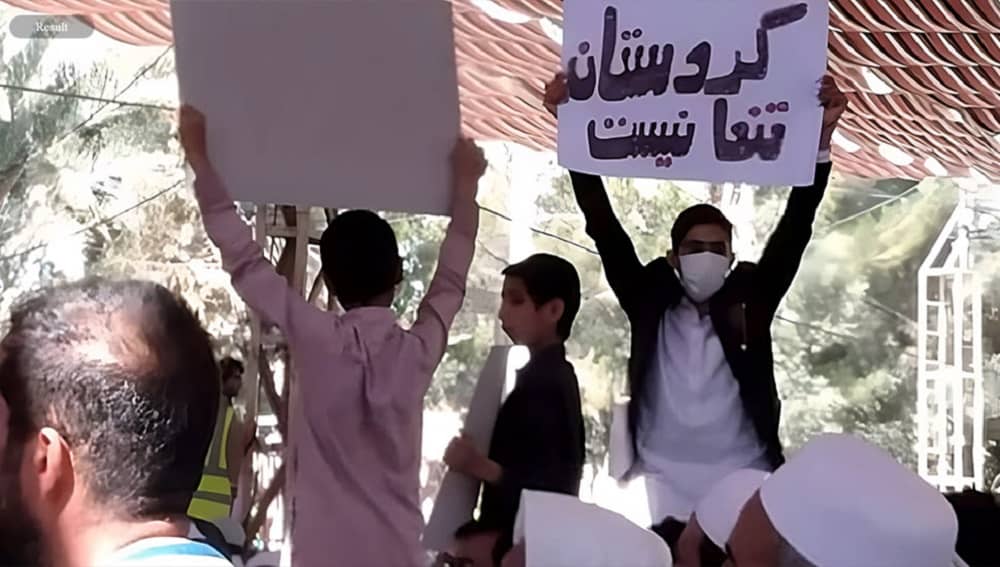 Protests and clashes continued in Zahedan, Khash, and protesters were arrested indiscriminately. Dire conditions of wounded, ambulances stopped injured protesters and arrested them.

The suppressive forces opened fire on demonstrators in Zahedan and Khash and arrested many young people. They even stopped the ambulances and kidnapped the injured. Some of the wounded are still in the basement clinic of Makki Mosque. The condition in this clinic is critical, and it no longer has sufficient space and facilities to treat the injured.

Women activists in Zahedan protested in the streets chanting, “Death to the dictator,” “Aggression, crimes, down with the Leader (Ali Khamenei),” “Shame on you, shame on you,” and “Shame on Khamenei, let go of the country.”

November 25 – Zahedan, southeast #Iran
Locals courageously hold their ground in the face of the regime's oppressive security forces on the 71st day of the nationwide uprising.#IranRevolution #زاهدان pic.twitter.com/pVXw5FXlkl

Hours after the Friday prayers congregation, people were still demonstrating in the streets of Zahedan and engaged in hit-and-run clashes with the security agents. Baluchi youths continued protesting after nightfall and set up roadblocks by lighting fires.

Agents of the State Security Force were stationed in different parts of Zahedan, such as Jaddeh Qadim, Khayam Street, Bazaar Moshtarek, Modares, Beheshti, Darvazeh Khash and Jam-e Jam area, and fired tear gas into houses. In the Bazaar Moshtarek area, they were arresting people arbitrarily in groups.

November 25 – Zahedan, southeast #Iran
Locals are continuing the nationwide protests against the regime on the 71st night of the uprising.#IranRevolution2022#زاهدان pic.twitter.com/Kjv6gMOHJY

A group of revolutionary guards wearing local outfits were present at the scene to terrorize the people who were chanting, “Shame on IRGC, don’t wear Baluchi outfits” and “IRGC, Basijs, you are the same as ISIS.”

In Khash, after shooting at the protesters, the revolutionary guards attacked Al-Khalil Mosque, arresting several people. For many hours, the people inside the mosque were under siege, and anyone who left the mosque was arrested.