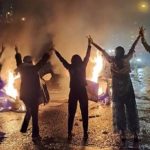 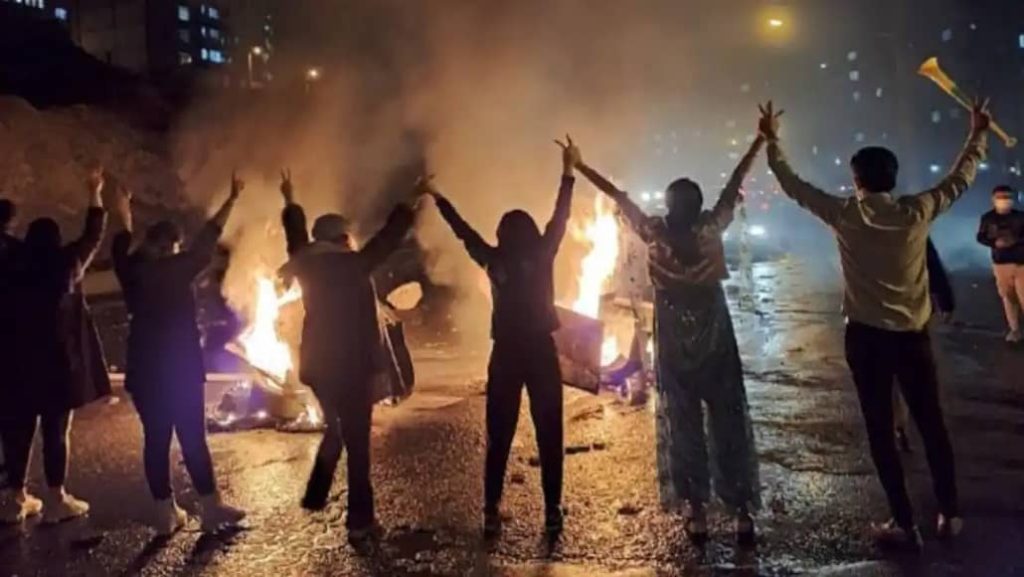 Nightly protests in Tehran, Zahedan, and various cities across the country, chanting, “This year is the year of sacrifice; Seyed Ali (Khamenei) will be overthrown”

On Friday, marking the 71st night of the uprising, following the bloody crackdown of the people’s protests in Zahedan, defiant youths took control of the roads in various parts of the city by setting up barricades and lighting fire.

In Tehran, in different locations, including Tehransar, Moshiriyeh, Sadeghieh, Chitgar, Poonak, Ekbatan, Naziabad, Ferdows Boulevard, etc., people staged nightly protests chanting “Death to the dictator,” and “This year is the year of sacrifice; Seyed Ali (Khamenei) will be overthrown,”. In Punak, women protested chanting, “Death to the principle of Velayat Faqih”. The people of Sadeghiye put up resistance against suppressive forces chanting, “Shame on you, Shame on you,”. In the Ekbatan neighborhood, the slogans “Death to the dictator”, “Death to Khamenei the murderer,” and “Khamenei! the Tyrant! We shall bury you” resonated from all the buildings.

Gohardasht, Mehr Shahr, and Fardis of Karaj were the scenes of nightly protests. Protesters chanted, “Death to the dictator”, “Freedom, freedom, freedom,” “Mahabad, Kurdistan, we will sacrifice our life for Iran,” and “IRGC, Basijs, you are the same as ISIS”. Defiant youths in Karaj, Fardis, set a paramilitary Basij force headquarters on fire. A police vehicle in Mashhad and a school of theology seminary in Malayer were set on fire by youths.