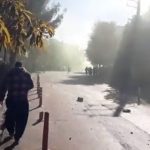 Iranian regime launches a heavy crackdown in the Kurdish region, as well as internet outages

Written by Mohsen Aboutalebi on November 24, 2022. Posted in NEWS 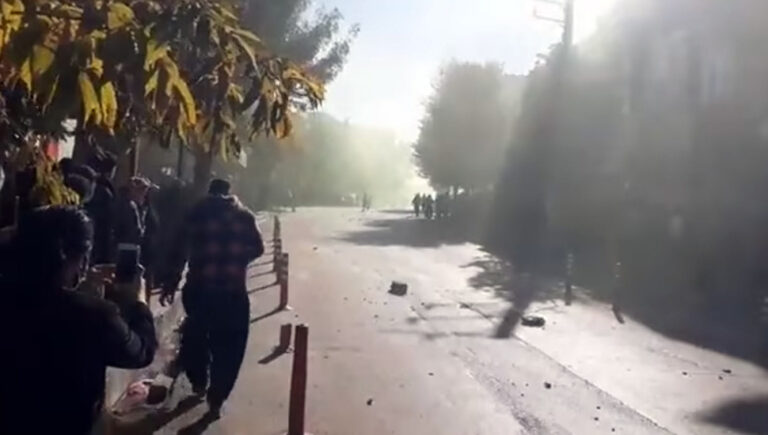 According to the latest reports protesters in at least 243 cities throughout Iran’s 31 provinces have taken to the streets for 68 days now seeking to overthrow the mullahs’ regime. Over 640 have been killed by regime security forces and at least 30,000 arrested, via sources affiliated to the Iranian opposition PMOI/MEK.

The Iranian uprising has entered a new phase, with the regime launching lethal crackdowns in Kurdish cities and resorting to severe internet outages to conceal its crimes against humanity. Monday saw the Islamic Revolutionary Guards Corps (IRGC) and the regime’s other security forces open fire and use heavy machine guns against defenseless people in the cities of Javanrud and Piranshahr, killing and injuring dozens.

In the last two and a half months, regime Supreme Leader Ali Khamenei has ordered military and security units to launch horrific killing sprees, and now he has dispatched helicopters, armored vehicles, and heavy weaponry into Iranian Kurdistan to quell the locals’ relentless protests, which have only gotten worse in recent months. There have also been reports of security forces raiding people’s homes in Piranshahr on Monday night.

Netblocks, a UK-based internet monitoring organization that tracks network outages and shutdowns around the world, reported on Monday that Iran was experiencing severe internet outages. “Network traffic data show a significant disruption to internet service in Iran, with many users losing access to mobile internet,” the organization tweeted.

Protests in Iran have now spread to at least 243 cities. According to sources from the Iranian opposition People’s Mojahedin of Iran (PMOI/MEK), over 640 people have been killed, including over 50 minors, and over 30,000 have been arrested by regime forces. The MEK has released the names of 485 protesters who were killed.

Many cities’ merchants and store owners went on strike on Tuesday in solidarity with the ongoing nationwide uprising. On the 68th day of the nationwide uprising, workers at the 11th refinery went on strike. Drivers and employees at a terminal in Eslamshahr’s Akbarabad district, southwest of Tehran, began chanting “No fear! We’re all together!” and “Death to the dictator!”

Students at various universities were striking in solidarity with the nationwide uprising. High school students were seen protesting and chanting, “[Khamenei] is a disgrace!” in Tehran, Karaj, Isfahan, and Zahedan. Locals in Ashar, a town in southeast Iran’s Sistan & Baluchestan Province, began taking control of their streets in new protests in solidarity with their Kurdish counterparts in Iran’s Kurdish cities. Maryam Rajavi, President-elect of the Iranian opposition coalition NCRI, condemned the regime’s deadly crackdown in Iran’s Kurdish cities and urged the international community to take immediate action against the mullahs’ regime.

“The clerical regime’s attacks on Monday, November 21, against the headquarters of the Kurdistan Democratic Party and the Komala Party of Iranian Kurdistan should be urgently investigated internationally and regionally. This is the third wave of missile and drone attacks on the headquarters of Iranian Kurdish parties in less than two months. The regime’s previous attacks on September 28 and November 14 left many human and financial losses. Silence and inaction against the clerical regime’s breaches of all international laws, red lines, and human rights standards are enough,” the NCRI President-elect added.