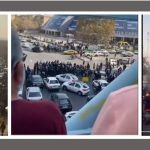 Iranians are adamant about overthrowing the mullahs’ regime 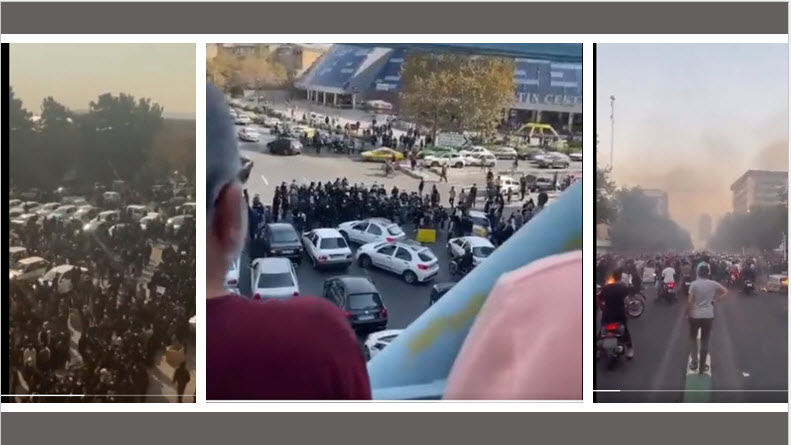 All the hidden and visible hands came together to force Iran’s people to accept that another revolution is not in their future. Billions of dollars have been spent to persuade Iranians that “the era of revolutions is over” and that “Iranians, as civilized people, do not resort to violence against violence.”

Independence and freedom were the main slogans of the nationwide uprising against the Shah’s dictatorship. Observers and Western public opinion have concluded over time that tyranny and political corruption, were to blame for the overthrow of the Shah. National identity in its modern sense is precisely derived from people’s liberation struggles in a specific geographical area, with the goal of participating in political power and removing dictators’ power. This process began with Iranian constitutionalism in order to end British colonialism and royal tyranny.

This unfortunate fate for the Iranian people should not have ended with the demise of the Shah. After the dynasty fell, it was up to Khomeini and his successor to seize the popular revolution and carry on the dark period of the Shah, which has proven to be much more destructive. This resulted from the Shah’s decision to exterminate all of the nation’s intellectuals and genuine supporters of democracy and freedom.

Khomeini participated in every aspect of the Shah’s oppression, and as a result, he and other medieval clerics benefited from the Shah’s generous financial support. From the monthly allowances to the exclusion of students at the Qom Seminary from mandatory military service.

Is this the whole truth, though? Are the people of Iran destined to accept such a fate? Are the tyranny of the Shah and the mullahs’ circle supposed to be the end of the Iranian people’s story? Of course not. To maintain the flames of freedom burning, Iran has endured four decades of resistance, conflict, and epics. A political alternative’s introduction and the international exposure of the regime’s crimes complement the struggle and the ongoing resistance inside Iran.

From #BloodyNovember to the spring of the democratic revolution, Iranian people’s glorious movement for freedom forges ahead
Speech marking the anniversary of the Nov. 2019 uprising, & paying tribute to the martyrs of the Iranian people’s uprising#IranRevolution pic.twitter.com/eOb0ZXWbE5

The mullahs’ regime, which had gained unjustified social, political, and religious legitimacy before seizing the anti-royalty revolution, lost it all to the resistance’s effective blows.

The mullahs, like the Shah, used phony reformism and dishonest strategies like “religious democracy,” “dialogue among civilizations,” and “resistance front” to escape this crisis. The People’s Mojahedin of Iran (PMOI/MEK), their main opposition organization, has been demonized by them by the spread of lies, and they have done this by investing a significant amount of money in the effort.

Fortunately, none of this has succeeded, and over the past few years, the bravery of the populace and the MEK Resistance Units in their struggle against the regime has been seen throughout the world. We are now witnessing the outcome of this resistance with much sacrifice.

Regime elements, such as MP Jafar Ghaderi, have been forced to admit that “there is no doubt that the current protests cannot be eradicated.”

Yes, this time is different, and the Iranian people and all proponents of a democratic republic will undoubtedly prevail. For this reason, people are chanting “Death to the oppressor, be it the Shah or the Leader (Khamenei)” during their ongoing revolution.