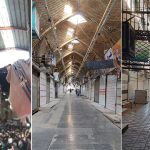 Written by Esmail Mohades on November 17, 2022. Posted in NEWS 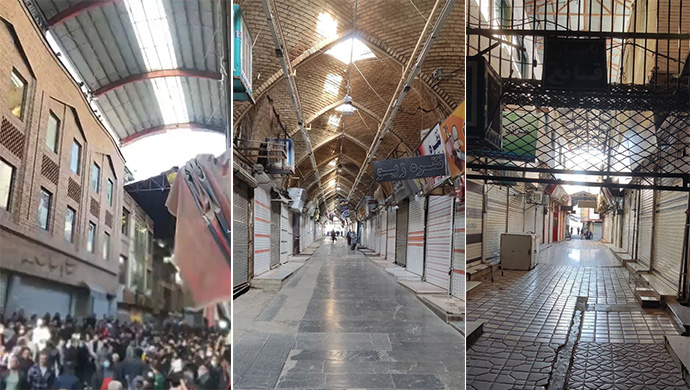 According to the latest reports protesters in at least 220 cities throughout Iran’s 31 provinces have taken to the streets for 61 days now seeking to overthrow the mullahs’ regime. Over 550 have been killed by regime security forces and at least 30,000 arrested, via sources affiliated to the Iranian opposition PMOI/MEK.

On Tuesday, storeowners, college and high school students, and people from all walks of life will mark the third anniversary of the November 2019 uprising with general strikes and protests in dozens of cities across the country. Protests in Iran have now spread to at least 220 cities. Iranian opposition group People’s Mojahedin of Iran (PMOI/MEK) sources claim that over 550 people have been killed and over 30,000 have been detained by the regime’s forces. The MEK has released the names of 402 protesters who were killed.

Merchants in Tehran’s Great Bazaar shut down their stores and began protesting the regime, encouraging others to join them. People in Sanandaj, the capital of Kurdistan Province, began erecting roadblocks with fires and seizing control of their streets.

People demonstrated in Shiraz by erecting roadblocks at the Molasadra crossroads. Protests were held in several locations throughout Tehran, including metro stations, the Grand Bazaar, Amir Kabir Street, and San’at Square. Protest rallies were also held in Gohardasht, Karaj.

Many cities’ college and high school students are boycotting classes and taking to the streets to launch anti-regime protests. Security forces attacked student rallies at Tehran’s Amir Kabir and Sharif Universities, arresting several students violently, but they were met with resistance from other protesting students. In other parts of Tehran, security forces opened fire on protesters and even pelted a hospital with tear gas. Despite this, reports from a number of cities, including Tehran, Shiraz, Karaj, and Sanandaj, show that the people are determined to have their voices heard.

On the third anniversary of Yalda Agha-murder Fazli’s by the regime’s oppressive security forces, residents in Tehran began chanting “Death to the dictator!” Students from Qazvin University of Medical Sciences protested the regime’s crackdown policies today, vowing to continue the uprising. Today, high school students in Karaj’s Golshahr district held an anti-regime rally, chanting “Death to the dictator!” and “This is the year that Seyed Ali (Khamenei) is deposed!”

According to local activists, units of the regime’s oppressive security forces raided several homes in the city’s Shirabad district in Zahedan, the capital of Sistan & Baluchestan Province. Iranian opposition NCRI President-elect Maryam Rajavi praised the country’s brave people for the ongoing revolution in Iran and praised those imprisoned unjustly by the regime.

“Cries of ‘Death to the dictator’ are heard on Day 60 of Iran uprising from Tehran and Sanandaj; high school students chant ‘Regime is finished in November,’ showing the nation’s resolve to overthrow the regime on the third anniversary of November 2019 uprising,” she tweeted.

Parts of this struggle are being carried out inside the regime’s prisons & torture chambers
In the regime’s kangaroo courts, our shackled heroes proudly declare their steadfastness in targeting regime mercenaries. #IranRevolution pic.twitter.com/nK7TDcVC9D

“Parts of this struggle are being carried out inside the regime’s prisons and torture chambers. In the regime’s kangaroo courts, our shackled heroes proudly declare their steadfastness in targeting regime mercenaries,” the NCRI President-elect explained.