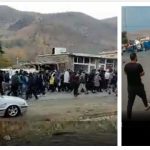 Iran: The 59th Night of the Uprising

Written by Mohsen Aboutalebi on November 14, 2022. Posted in NEWS 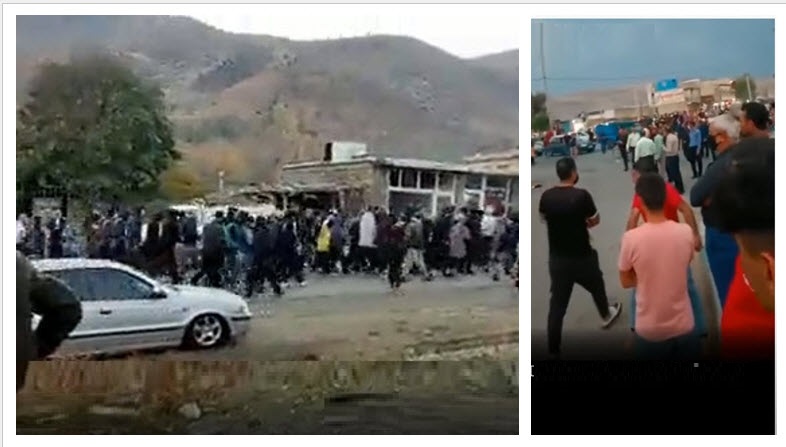 On Sunday night, November 13, the 59th night of the uprising, different areas of Tehran and cities across the country witnessed protests at nightfall.

In Tehran, in the Tavanir neighborhood, Jordan, Gandhi, Abbaspour St., Ekbatan, Shahre-Ziba, and outside “Day” hospital and Monirieh district, people chanted “Death to Khamenei, poverty, corruption, and high prices; onward to the downfall,” “Death to child-killer government.” In some areas, repressive forces fired tear gas at protesters. In the Shahre-Ziba district, brave youths were engaged in hit-and-run clashes with security forces, chanting, “In the blood-drenched month of Aban, Khamenei will be overthrown,” and “In the bright month of Aban, dictatorship will be overthrown.” [Aban is the current Iranian month]

November 14 – Tehran, #Iran
Locals were chanting in the streets in the hours after midnight local time.
"Death to Khamenei!"
"This is the year Seyed Ali (Khamenei) is overthrown!"#IranRevolution2022#مرگ_بر_ستمگر_چه_شاه_باشه_چه_رهبرpic.twitter.com/IXqNXcMYXs

In the city of Ray-Central province- brave youths torched a big billboard of Khamenei’s image. In various districts of the city of Karaj, including Qa’em square, Golshahr, and Mehrshahr, people protested chanting slogans: “Khamenei, the Zahak! We shall bury you” and “IRGC, Basij, you are our ISIS,” “Death to the dictator,” and “I am the noblewoman”. In Birjand, northeastern Iran, protests continued at night from Mother Sq. to the Medical University. In Urmia and Bukan, western Iran, rebellious youths staged a roadblock by lighting fires. In Kerman, south-central Iran, youths set ablaze the statue of Qasem Soleimani.

November 14 – Tonekabon, northern #Iran
Locals tore down a poster of former IRGC Quds Force chief Qassem Soleimani continuing the nationwide protests against the regime on the 60th day of the uprising.#IranRevolution2022#مرگ_بر_ستمگر_چه_شاه_باشه_چه_رهبرpic.twitter.com/00mOM1tZrJ

Steel factory pensioners in Isfahan protested on Sunday, November 13, chanting, “Only by taking it to the streets we can obtain our rights. ” In Tehran, at the shrine of Abdul Azim, Khamenei’s poster was set on fire.