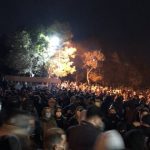 Written by Amineh Qaraee on November 12, 2022. Posted in NEWS 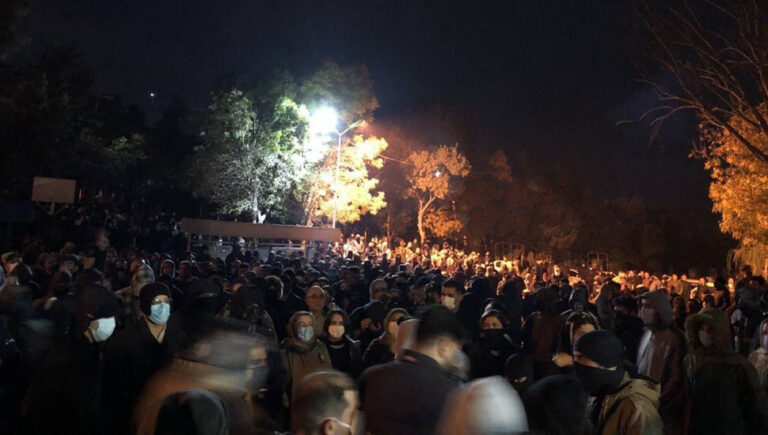 Iran’s nationwide uprising is pushing into its 57th day on Thursday, following the death of Mahsa Amini, a 22-year-old woman arrested by morality police in Tehran on September 13 for allegedly violating the country’s strict dress code for women.

Protests erupted in response to the event, which has since spread to at least 219 cities. According to sources from the Iranian opposition People’s Mojahedin of Iran (PMOI/MEK), the regime’s forces have killed over 550 people and arrested over 30,000. The MEK has released the names of 368 protesters who were killed.

After a night of intense protests, strikes began the next day in Mahabad. According to reports from this restive city in West Azerbaijan Province of northwest Iran, locals are taking to the streets and erecting roadblocks.

Locals gathered in Marivan on the 40th anniversary of Mokhtar Ahmadi’s murder by regime security forces. Such ceremonies are increasingly becoming sites of anti-regime protests.

Authorities arrested Elham Afkari, the sister of Iran’s executed national hero Navid Afkari, in Shiraz, south-central Iran. Her husband and three-year-old child were also arrested and later released. Afkari remains in the regime’s Intelligence Ministry’s custody, and her elderly parents visited an affiliated website today to inquire about their daughter’s condition and whereabouts.

Protest rallies were held late at night in several Kurdish cities, including Muchesh, Mahabad, and Bukan. Protesters set fire to roadblocks and clashed with police.

On Wednesday, Iranians marked the 40th anniversary of the September 30 massacre of the Baluch community in Zahedan, Sistan & Baluchestan Province in southeast Iran. On that bloody Friday, more than 100 worshippers were killed when the regime’s oppressive security forces opened fire and gunned down innocent people, including children.

November 10 – Muchesh, near Kamyaran, western #Iran
Locals continuing the nationwide protests against the regime on the 56th night of the uprising.#IranRevolution2022#مرگ_بر_ستمگر_چه_شاه_باشه_چه_رهبر pic.twitter.com/qFf6CYyMhT

Students demonstrated at several universities, including the Pars Higher Education Institute of Art and Architecture in Tehran, the University of Science and Culture in Tehran, Aali University in Shiraz, and Bojnurd University of Medical Sciences. According to reports from Mashhad in northeast Iran, the regime’s government spokesperson visited the nearby Ferdowsi University only to be mocked by the brave students.

Maryam Rajavi, President-elect of the Iranian opposition NCRI, praised the Iranian people for their solidarity with their brethren in Zahedan and Sistan and Baluchestan Province. “In Tehran, Damavand, Karaj, Najafabad, and other cities, Iranian students commemorated the 40th anniversary of the Zahedan martyrs. May their voices grow louder and their resolve stronger. Baluchestan, as they say in Najafabad, is Iran’s heart. The time has come for all Iranian citizens to unite,” she said.

Iranian students marked the 40th day of #Zahedan martyrs in Tehran, Damavand, Karaj, Najafabad, etc. May their voices get louder and their determination stronger. As they said in Najafabad: Baluchestan is the heart of #Iran. The time has come for the unity of all Iran citizens. pic.twitter.com/7EmMhc3d9e