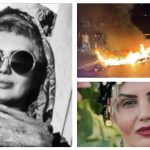 Large demonstrations in Marivan, while student protests continue across Iran

Written by Amineh Qaraee on November 9, 2022. Posted in NEWS 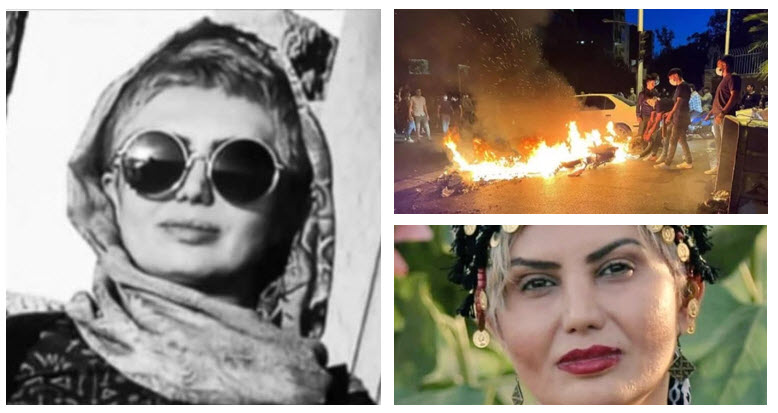 On November 7, a people’s revolt in Marivan marked the start of the uprising’s 53 nd day. Death to Khamenei and “Death to the dictator” were chanted during Nasrin Qaderi’s funeral in Tehran after she was killed by baton strikes.

The Special Unit forces surrounded the victim’s family’s home, but the residents protested by setting fire to it. The repressive authorities shot and fired tear gas at the protesters. By blocking the street, citizens retaliated against the agents. The youths occupied Nowruz Square, stoned the City Council, and attacked Shiva Ghasemi, a Marivan-based member of the regime’s parliament. Merchants from the Marivan Bazaar went on strike to support the uprising.

Death to the dictator and Death to the IRGC were chanted in Tehran’s Mirza Shiraz subway, and anti-regime chants were heard in the Ferdowsi shopping center. A Basij base in Ahvaz was set on fire by rebellious youths.

A sit-in and protests were started by students in Tehran, Sharif, Isfahan, Tabriz, Noshirvan in Babol, Razi in Kermanshah, Sana’ati in Urmia, and other universities. In Isfahan, demonstrations by students at Sheikh Baha’i University were attacked by Special Unit forces. Basiji, get lost, and “Freedom, freedom, freedom” were chanted by Tabriz medical students as they interrupted Saffar Harandi, a member of the regime’s Expediency Council, during his speech. Students from Mashhad Azad University painted the statue of Qassem Soleimani red. “If one student goes missing, it’s doomsday here.” chanted students at Tehran University’s Northern Pardis.

According to the Quds Force-affiliated Tasnim news agency, Rouhollah Ajamian was killed on Thursday, last week, during a ceremony marking the 40th day since the deaths of two victims of recent incidents in the Alborz province.

On November 6, the state-run Khabar Fori website announced the deaths of four State Security Forces (SSF) personnel in Bampur: “The SSF Commander of Bampur in Sistan and Baluchestan province announced the martyrdom of four SSF employees of this city.” On November 5, passengers in a passing car killed Khash police officer Morteza Gholamian, according to the same website. 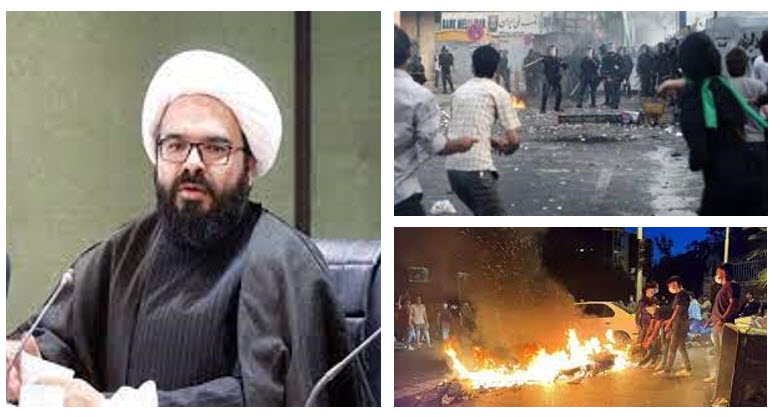 On November 6, Javad Nik Bin, a Kashmar-based clergyman and member of the regime’s parliament, said: “I was walking from Kargar Street to Keshavarz Street, and 30-40 of our young people were beaten.  I was punched and kicked by one or two people, but it was nothing unusual. We deserve it; we deserve to be slapped.”

On November 4th, members of the regime’s parliament released a statement in which they demanded that all government officials, including the judiciary, “teach [protesters] a lesson as soon as possible and implement the divine rule against the Moharebin [enemies] under any cover and profession, and enforce retribution order.”