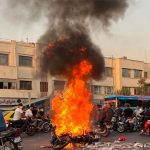 Written by Amineh Qaraee on October 26, 2022. Posted in NEWS 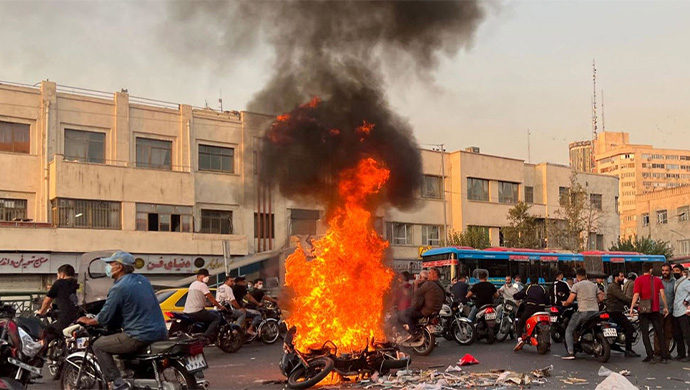 Nationwide protests have spread to 197 cities across Iran.

Iran’s latest nationwide uprising has now lasted five weeks. It has since spread to nearly 200 cities, attracting participants from a variety of age groups, professions, ethnic groups, and religious groups. High school girls have emerged as a significant driving force behind calls for societal revolution and regime change. However, veteran oil workers have recently given young Iranians crucial support.

Despite this, there seems to be a general lack of optimism in Western media and policy circles regarding the likelihood that a new revolution will arise from the current unrest. Such doubt is obviously misplaced given the sheer number and diversity of Iranians currently chanting “death to the dictator” and “down with tyranny, both the mullahs’ and the shah’s,” while defending themselves against heavily armed security forces with rocks and bare fists. That skepticism has always stemmed from incorrect assumptions about the mullahs’ domestic power and political stability.

The uprising right now serves more as a reminder that the regime’s hold on power was not all that solid, to begin with. It is the culmination of an anti-government protest movement that has been growing and developing since at least the end of 2017, even though many media commentators have correctly noted that this uprising is significantly different from its predecessors.

Thanks in large part to the growth of “Resistance Units,” a network of dissident activists organized throughout the nation with the express purpose of promoting the overthrow of the ruling system, the People’s Mojahedin of Iran (PMOI/MEK) has played a significant role in each of the previous nine successive uprisings. The network has grown remarkably over the past 12 months. Around 1,000 Iranians sent anonymous video messages expressing their support for the Resistance Units’ mission ahead of an international summit that Iran’s National Council of Resistance of Iran (NCRI) organized in 2021.

This leadership has been instrumental in assisting protesters in circumventing the regime’s restrictions on internet access and information flow into and out of Iran. Though they have killed over 400 people in connection with the uprising, it has undoubtedly encouraged Iranians to resist oppressive authorities. Additionally, that leadership serves as a reminder to the international community of the specific outcomes that will follow the overthrow of the mullahs, namely the execution of Maryam Rajavi’s 10-point plan to establish a free and democratic Iranian republic.

Tehran has done everything possible to undermine public support for the plan and alternative leadership. Following Khamenei’s recognition of MEK activity in 2018, the regime killed dozens of activists and imprisoned thousands more. Later that year, on orders from regime authorities, an Iranian diplomat named Assadollah Assadi attempted to carry out a terrorist attack on an NCRI gathering near Paris, with the primary goal of targeting Mrs. Rajavi. When that plot failed and protests erupted on a larger scale the following year, the IRGC opened fire on crowds of protesters, killing 1,500 people in the November 2019 uprising. Despite this, protests resumed in over a dozen provinces just two months later.

The international community must proceed by supporting the Iranian people and their right to self-defense while isolating and putting maximum pressure on the already weakened regime.