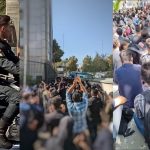 Written by Mohsen Aboutalebi on October 7, 2022. Posted in NEWS 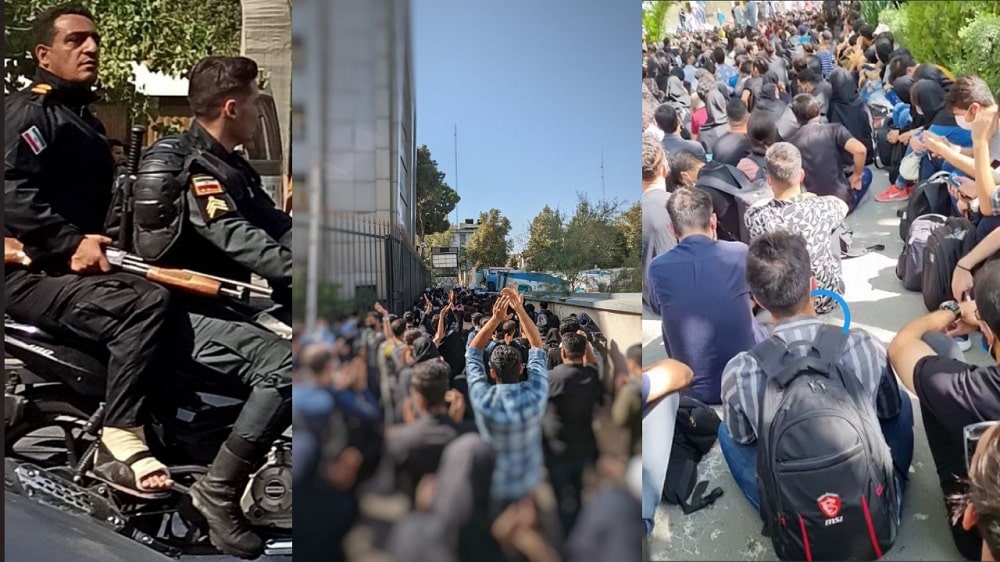 Ferdowsi University students emphasized their determination to continue the uprising until the mullahs’ dictatorship is overthrown, saying, “This is no longer a protest; it is the beginning of a revolution!”

On Monday, October 3, dozens of universities in Tehran and other cities across Iran held demonstrations in support of the Sharif University of Technology and the nationwide uprising, chanting “Death to the dictator!” They marked the 18th day of the uprising and the heroic confrontation of its students with the regime’s suppressive forces.

“Haider, Haider, is your slogan; committing the crime is your honor,” chanted students at Tehran University. “Hossein, Hossein is your slogan; killing the people is your assignment,” the Meli University students were chanting. Tehran’s Tarbiat Modares students have been demonstrating since this morning, demanding the release of the detained students. “Freedom is our right, Sharif is our code name,” and “Iran has become a war front; are you an enemy or a compatriot?” were other slogans they chanted. Students at Khajeh Nasir Toosi University expressed their outrage and disgust over the State Security Forces (SSF) and Special Anti-Riot Units’ attack on defenseless students last night by chanting “Death to the mullahs!” and “Shame on our disgraced police!”

Students at Isfahan University of Science chanted, “Hossein, Hossein, where are you; Yazid has joined the IRGC!” In Mashhad, Ferdowsi University students emphasized their determination to continue the uprising until the mullahs’ dictatorship is overthrown, saying, “This is no longer a protest; it is the beginning of a revolution!” They also expressed solidarity with Sharif University students, chanting, “Sharif is soaked in blood!” Students at Shiraz University chanted, “You killed the Sharifs, and now you’re telling us to shut up!” In Tabriz, students clashed with police, who opened fire on them. 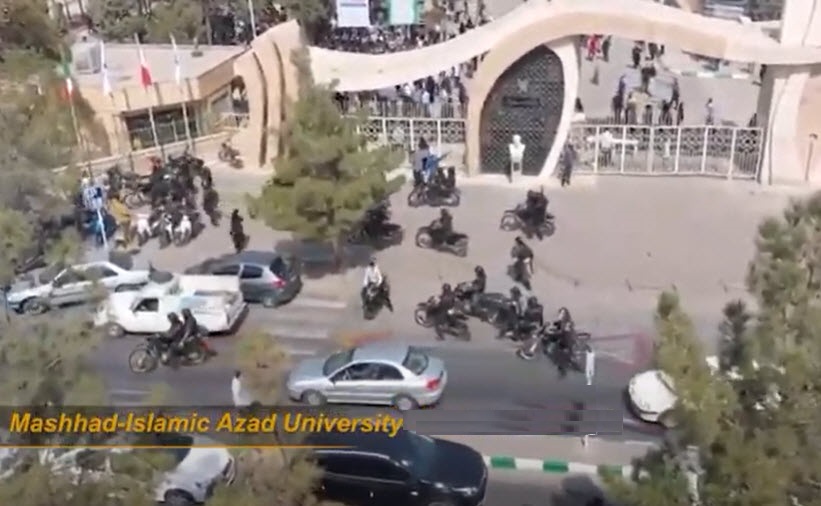 Kurdish medical students chanted, “From Sharif to Kurdistan, students are in prisons!” Despite the heavy presence of security forces at the universities of Yazd, Zanjan, and Urmia, students protested and chanted, “The imprisoned student must be freed!”

On the seventeenth night of the uprising, a number of Tehran districts saw night-time protests and clashes with the oppressive forces. Numerous cities, including Isfahan, Karaj, Arak, Sanandaj, Mashhad, and some in the Sistan and Baluchistan Province, witnessed protests and clashes between insurgent youths and the oppressive forces at the same time. 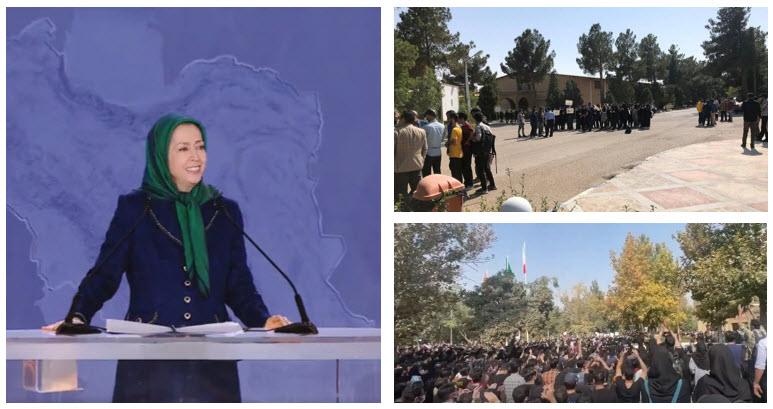 Maryam Rajavi, President-elect of the NCRI” in the wake of Sharif University students’ bold confrontation with the regime’s forces, students throughout Iran held protests in support of Sharif University against the criminal clerical regime and defied their rule. Unity and the continued struggle of courageous students is the key to victory,”