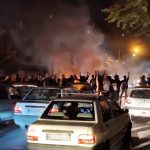 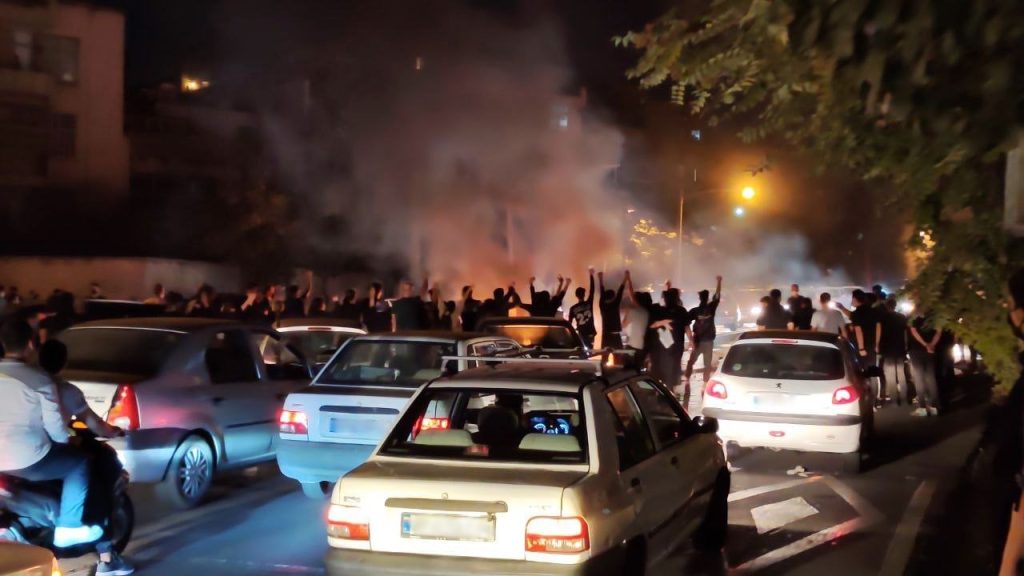 The oppressive forces of the regime were “melting like snow,” according to General Abbas Gharebaghi, the Shah’s final minister of interior.

As the country’s major uprising enters its twelfth day, the theocracy in power faces an existential threat, and oppressive forces are becoming demoralized. As the regime’s demise approaches, officials’ infighting intensifies.

Iran is experiencing widespread protests, and footage from hundreds of cities shows fearless demonstrators—mostly women and youth—standing their ground and engaging in combat with the oppressive forces of the regime. Iranian citizens are adamant about freeing their nation from the grip of the top state sponsor of terrorism, despite the regime’s ruthless crackdown, which has so far resulted in over 300 deaths.

Along with the regime’s growing international isolation, this perseverance has demoralized the regime’s forces. A video from Tehran shows Hossain Ashtari, the commander of the State Security Forces (SSF), giving a pep talk to a group of the SSF’s subordinates.

September 30 – Tehran, #Iran
Locals continuing the nationwide protests against the regime on the 15th night of the uprising.#IranProtests2022 #MahsaAmini#مهسا_امینی pic.twitter.com/irzXELPHN3

On September 25, as later reported by the state Tasnim news agency, he said, “Hold your ground, and do not doubt your path.” Ashtari’s remarks laid bare the vulnerability and frustration of the regime’s forces.

Gholamhossein Mohseni-Ejei, the regime’s Judiciary Chief, who had earlier shown his teeth in a statement threatening protesters, extended his regards to the “exhausted forces,” who haven’t “slept for days on!” in another video.

A close associate of the regime’s supreme leader, Mohsen Ghadiri Abianeh, acknowledged the growing fear within the ranks of the regime in an interview with state television on September 26.

“Some officials, who were once ministers or members of parliament, have believed the system is about to collapse. They show their true colors now,” he said.

September 30 – Ardabil, northwest #Iran
Locals are protesting in the streets and forcing the regime's security forces to flee.#IranProtests2022 #MahsaAmini#مهسا_امینی pic.twitter.com/vm1yRoNEX6

As various factions within the regime occasionally trash each other due to competing interests, some have revealed that the majority of state officials have sent their children to Western countries. They have obtained dual citizenship and are laying the groundwork for their parents to reunite with them in the event that the regime is overthrown. In other words, Iranian state officials would flee to safety by the “Global Arrogance” when the time comes, despite years of preaching and chanting about the destruction of the West.

In a televised interview in 2019, IRGC Brig. Gen. Morteza Mirian admitted that “Today, nearly 4,000 children of state officials live in the United States, Europe, and Canada.”

In his remarks to Parliament on September 26, MP Mojtaba Zolnour acknowledged that recent protests have stirred up a lot of mullahs and that fear has crept into the regime’s seminary. He urged the demoralized regime forces to “wear a burial cloth and come to the battlefield” and urged the “Special Court for Clergies” to deal with these “traitors.”

The oppressive forces of the regime were “melting like snow,” according to General Abbas Gharebaghi, the Shah’s final minister of interior. In fact, this is what happens to all autocratic governments when the bright sun of revolution rises. Therefore, the growing fear within the regime only ten days into the uprising portends a promising future for the Iranian people.