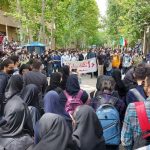 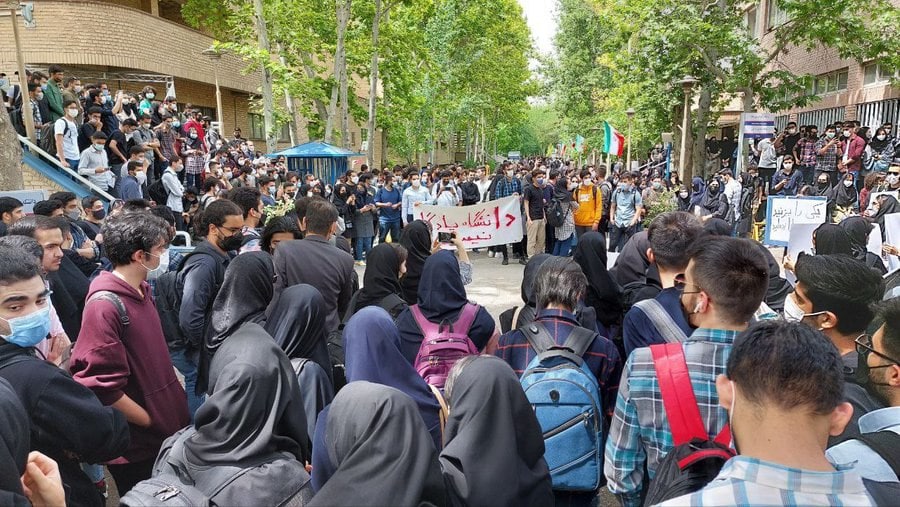 On Keshavarz Boulevard, Vesal, Kargar, and Italia streets in Tehran, demonstrators clashed with the SSF special unit. “Shame on our disgraced leader,” and “Khamenei is a murderer, his rule is null and void,” were among the chants they used.

September 20 – Tehran, #Iran
"The country will not be (prosperous) until the mullahs are gone!"
Beheshti University students are chanted in their protests over the killing of #MahsaAmini.#IranProtests #مهسا_امینی pic.twitter.com/EXFJRGWOH6

Demonstrators, including women, set fire to or overturned several cars of the ‘Guidance patrol’ (morality police) and special unit. Several protesters were taken into custody. Conflicts persisted into the night.

Protesters chanted “Fight and we will fight back,” “Mullahs must get lost,” and “I will kill whoever killed my sister” in Karaj, Mashhad, and Ahvaz.

September 20 – Tehran, #Iran
Students of Iran University of Sciences and Technology protesting the killing of #MahsaAmini have been attacked by the regime's oppressive IRGC paramilitary Basij forces.#IranProtests #مهسا_امینی pic.twitter.com/ZnVs67wYQf

Mahsa’s brutal murder serves as a metaphor for 44 years of oppression and brutality, according to a statement from the protesting students. The murderers of Mahsa and all other victims from the previous four decades who have established their oppressive rule of murder will be brought to justice by the people.

Students at Tehran University shouted, “Basijis! Your hands are tainted with the blood of our youths”, “You are our killers”, “In the name of religion and law, they have legitimized our murder”, and “Poverty, corruption, and plunder! Down with this tyranny”.

“Kurdistan is the graveyard of fascists,” and “Freedom is our right, our power is in our being together,” were among the slogans chanted by Tarbiyat Mo’alem University students. Melli University students demonstrated, chanting, “Death to the dictator”, “Death to this regime with its crimes over all these years”, and “1,500 people killed in November (2019)”.

September 20 – Tehran, #Iran
Students of the University of Social Welfare & Rehabilitation Sciences are protesting the killing of #MahsaAmini.#IranProtests #مهسا_امینی pic.twitter.com/EVsW86e59d