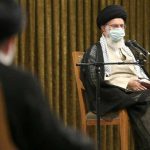 Iran: Even regime’s own officials are exposing Raisi’s blatant lies

Written by Mohsen Aboutalebi on September 4, 2022. Posted in NEWS 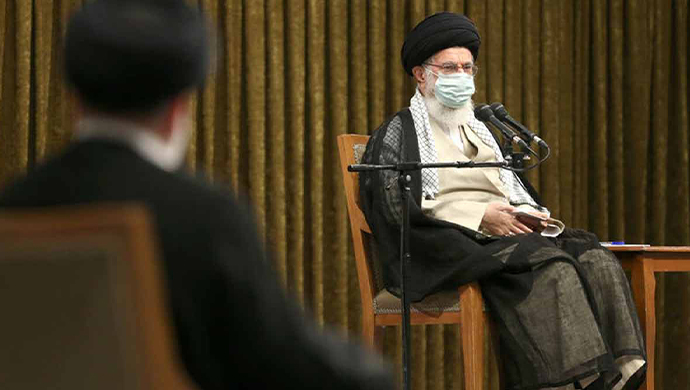 The mullahs’ regime was so humiliated by President Ebrahim Raisi of the Iranian regime’s outrageous lies in his Monday press conference about his “achievements” that within a day even the regime’s own officials and state-run media were criticizing him.

The following day, Raisi and his cabinet met with Ali Khamenei, the supreme leader of the Iranian regime, who offered Raisi his full support and thanked him for the “government’s accomplishments” before adding: “The most important accomplishment of this government is returning hope and trust to the people!”

The realities of Iranian daily life are in stark contrast to Khamenei’s remarks. Death to Raisi! is being chanted in daily gatherings by Iranians who have been protesting during Raisi’s first year in office.

Khamenei claimed Iran is witnessing inflation coming under control, “economic growth, increasing investment, higher employment, a rise in the gross domestic product, and a decrease in the gap between the society’s different classes,” as Raisi’s government has actually addressed these issues. This was a repetition of Raisi’s claims from the day before, which drew criticism in a matter of hours and prompted the media to present a very different picture in response.

“Raisi is living in one Iran, and the people are living in another Iran!” and “In Raisi’s Iran, the country is in its best status when it comes to management. In the people’s Iran, however, there is no need to explain,” the state-run Sharq daily reported on Tuesday.

Hyperinflation, unemployment, unpaid wages, skyrocketing prices for necessities, a currency that is constantly falling in value, unaddressed environmental catastrophes, and water and electricity shortages are all symptoms of the “people’s Iran,” which has gotten worse during Raisi’s one-year administration and served as the catalyst for protests that quickly turn into anti-regime demonstrations.

Raisi’s failures in his first year in office were so severe that even the regime’s own media distanced itself from the mullahs’ president. Even his own political allies are “Standing against him,” according to one article published in the state-run Asia daily on Tuesday. Raisi “Is alone and is heading nowhere,” “There are no domestic sources and the government’s revenue [at best] provides for the basic daily matters,” the piece adds.

In addition to Raisi’s slogans failing, the people are currently experiencing an unprecedented crisis, according to Sina Ghanbari, a former member of the Majlis (parliament) of the regime. “The cost of housing, cars, and basic foods have tripled, and people are eating less and less,” he continued, contradicting Raisi’s claim that inflation has been contained.

Faced with such a humiliating backlash against Raisi, Khamenei had no choice but to go public for the first time in 40 days and provide life support for his regime’s president. However, this will come at a cost to the mullahs’ dictator.

With his backing of Raisi, Khamenei is actually making it abundantly clear that he is the root of all of Iran’s problems, in contrast to his practice of distancing himself from his regime’s government and officials in their missteps and putting the blame on incompetent directors and managers.