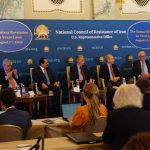 Iran: MEK’s role in shining a light on the regime’s covert nuclear activities

Written by Mohsen Aboutalebi on August 20, 2022. Posted in NEWS 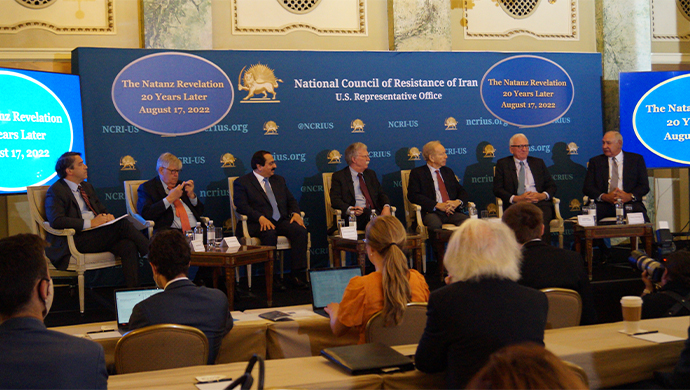 Several senior US politicians discussed the impact of the Iranian opposition coalition National Council of Resistance of Iran (NCRI) ground-breaking revelations on August 14, 2002, in revealing to the world for the first time two sites of the Iranian regime’s nuclear weapons program in Natanz and Arak. The conference held on August 17 in Washington, focused on the nature of Iran’s nuclear program, its military dimension and clandestine efforts, as well as the ongoing drive to obtain nuclear weapons.

“The Natanz revelation was ground-breaking and important. It really awakened the world about the Iranian regime’s nuclear weapons program. But also, it opened doors to the [International Atomic Energy Agency] IAEA to be able to have inspections on regular basis… This revelation was so significant because it through the Iranian regime off balance, which had plans for years to develop nuclear weapons. As former Iranian regime president Hassan Rouhani stated in his book, “their plan was to present to the world the Natanz facility with 54,000 centrifuges by March 2003,” Alireza Jafarzadeh, Deputy Director of the NCRI-US Representative Office explained, adding that the NCRI held three major press conferences in the nine months following the Natanz revelation. 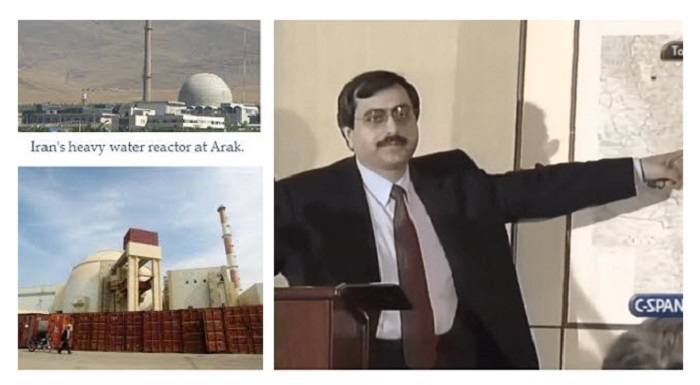 Alireza Jafarzadeh, Deputy Director of the NCRI-U.S. Representative Office in Washington, DC, at a news conference unveiling for the first time details of the Iranian regime’s secret nuclear sites in Natanz and Arak, central Iran – August 14, 2002

“This revelation about Natanz, for the U.S. government, was incredibility important… It was hard to get people in Washington, our friends in Europe, and elsewhere around the world to focus, especially on the threat from Iran. There was a feeling in many capitals that they were far away from any kind of nuclear weapons capability… When word about the enrichment facilities in Natanz got out and was increasingly understood, it had a dramatic impact publicly in this country and I think around the world because the palpable evidence that was presented made it inescapable that Iran had an advanced, sophisticated nuclear program that was almost surely pointed at the development of nuclear weapons,” Amb. Bolton highlighted. Amb. John Bolton explained how the NCRI revelation reverberated in the Bush-Cheney administration’s councils at the time.

“The IAEA was aware of some aspects of uranium enrichment in Iran. The magnitude, however, was very different, particularly when we saw the satellite images from Natanz because Natanz was not known to us in August 2002. I wrote a letter to the Iranian ambassador and ask him to explain what is this all about. That letter never got an answer… In September of 2002, the Iranians said you are welcome to visit Iran in a few weeks’ time. A few weeks became half a year, practically. Finally, we went to Iran in February 2003, and they took us to Natanz, and that was an eye-opener when went inside because they said these centrifuges are their own development, own technology, they have never tested them, they have never put any drop of uranium there.

But they had built about 1,000 of these centrifuges. You don’t build 1,000 centrifuges without testing because if they are not performing properly, they are broken. You cannot use and rebuild them. It was obvious to us from the very beginning that there must be another place. We asked them to have access to these other places, which we knew, and one of them was the Kalaye Electric Shop in Tehran. That access was not provided because they were still reorganizing their program,” according to Mr. Heinonen.

Olli Heinonen, the International Atomic Energy Agency’s deputy director at the time of the NCRI’s Natanz/Arak revelations, explains how this new information literally changed everything.

Gen. Chuck Wald concentrated on how the Natanz/Arak revelation was received in the military.

“It wasn’t necessarily the first time that we had thought about Iran, obviously. it wasn’t a secret that [the Iranian regime] was going down this path, although it was publicly identified by Alireza, which was excellent. The dynamic for us, obviously, is that [a military option] is the last resort. We had a lot of planning and we coordinated with our allies. there is a military aspect to this that is part of the whole equation. Iran needs to realize there is an alternative to bad behavior. Last resort, but an alternative. We’ve been planning for that for 20 years, and it continues today,” Gen. Wald explained.