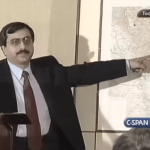 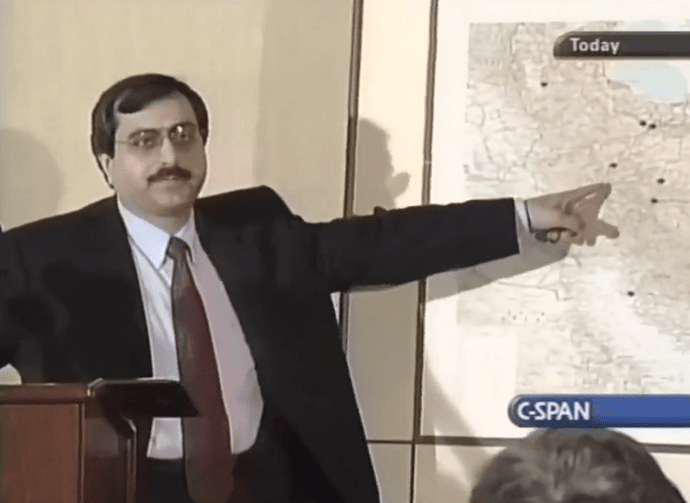 Alireza Jafarzadeh, Deputy Director of the NCRI-U.S. Representative Office in Washington, DC, at a news conference unveiling for the first time details of the Iranian regime’s secret nuclear sites in Natanz and Arak, central Iran – August 14, 2002

Twenty years ago, the Iranian opposition coalition National Council of Resistance of Iran (NCRI) exposed the Iranian regime’s covert nuclear weapons program by revealing two secret nuclear sites in central Iran, Natanz, and Arak. Only after that did the world realize the depth of Tehran’s lies about its ostensibly peaceful nuclear program, and the debate continues to this day. Sadly, despite the NCRI’s decades-long revelations about the mullahs’ pursuit of nuclear weapons, the West’s appeasement policy has allowed Tehran to move forward with its nuclear weapons program without accountability.

For more than three decades, the NCRI and its key member, the People’s Mojahedin of Iran (PMOI/MEK), have gone to great lengths to expose and raise awareness about the regime’s illegal nuclear activities. The well-established MEK’s social network within Iran has penetrated some of the regime’s most secretive enterprises, undertaking the dangerous and time-consuming task of unearthing top-secret information about the regime’s illicit nuclear weapons program, which has triggered global action.

Despite the fact that Tehran is clearly seeking nuclear weapons to ensure its survival, various US administrations, and the European Union have long chosen the deeply flawed and failed policy of appeasement to ostensibly contain the mullahs’ regime.

While the West appears to be pursuing a nuclear agreement with the Iranian regime at any cost, regime officials have been unequivocal about Tehran’s desire for nuclear weapons.

On July 17, former Iranian foreign minister Kamal Kharrazi, now a senior adviser to Iranian regime Supreme Leader Ali Khamenei, boasted that Iran had crossed the nuclear threshold. He specifically stated, “We have the technical capability to produce a nuclear bomb.”

As long as there is no firm policy from the international community, Tehran will continue to boast and pursue nuclear weapons.

According to excerpts of the EU draft seen by Politico, “Europe’s proposal to resurrect Tehran’s nuclear deal with world powers would blunt American sanctions against Iran’s Revolutionary Guards and pave the way for Tehran to avoid further scrutiny of suspected atomic sites.”Things worsen when more details about the concessions proposed by the US administration to the mullahs’ regime in the nuclear deal on the table are revealed.

“Under the deal, Iran gets a financial package worth up to $275 billion in the first year and as much as $800 billion over the next five. With a trillion dollars available by 2030 for Iran’s missile program, sponsorship of terrorism, and Revolutionary Guard, the agreement enables Tehran to set a dozen more fires around the Middle East that force a US response to defend American citizens, embassies, and allies.

And in the end, without demanding a full accounting of Iran’s nuclear activities or destroying a single centrifuge, the deal’s expiration dates all but guarantee Iran will still cross the nuclear threshold at a future time of its choosing,” writes Richard Goldberg, a senior adviser at the Foundation for Defense of Democracies.

It is obvious that under such circumstances, Tehran will be even more inclined to keep various aspects of its covert effort to obtain nuclear weapons hidden. 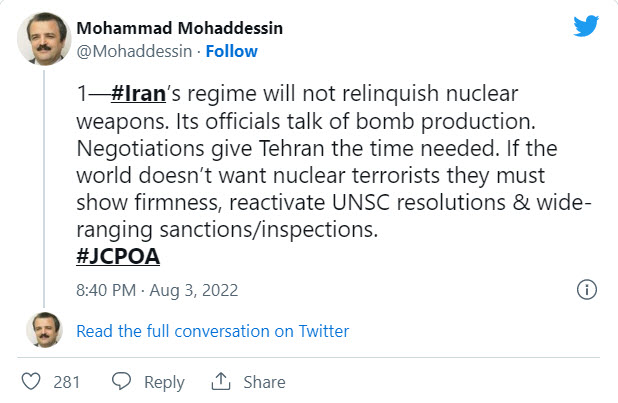