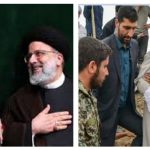 MEK Iran: Khamenei’s attempt to save his regime has failed 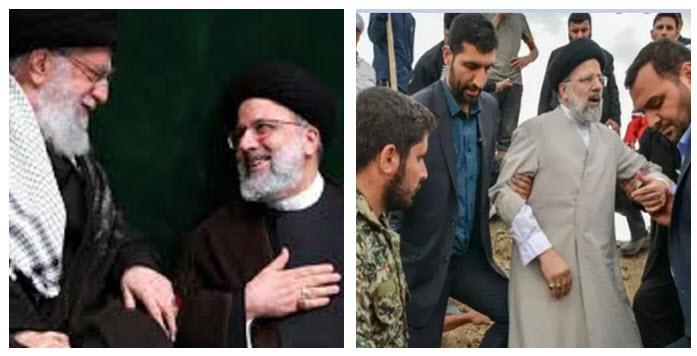 “Some people did not like this interpretation, but it was true because the people elected representatives for this parliament whose slogans and orientations were revolutionary,” Khamenei previously stated.

It appears that the ‘Young Hezbollahi’ government of Iranian regime supreme leader Ali Khamenei and the ‘Revolutionary Parliament’ are already in danger of suffering a humiliating defeat. Khamenei, who has proudly referred to his supporters as “Revolutionaries,” as well as his hand-picked protégé President Ebrahim Raisi, have come under fire over the past year from those who were supposed to be their supporters and adhere to their policies.

They acknowledge that they are being bombarded by the anger of the Iranian people, which has greatly reflected the explosive situation in the country, as this ineffective parliament deals with a critical situation in society.

On August 2, while quoting Mojtaba Zolnouri, the state-run Entekhab daily wrote, “If you listen to the speech of each honorable representative, except for a small number, they are not satisfied with their presence in the parliament. They do not see the role of the parliament in solving the deep problems of society. Every day in their constituency, they face the criticism and aggression of the people, and they do not see any effect in solving their problems in their work.” 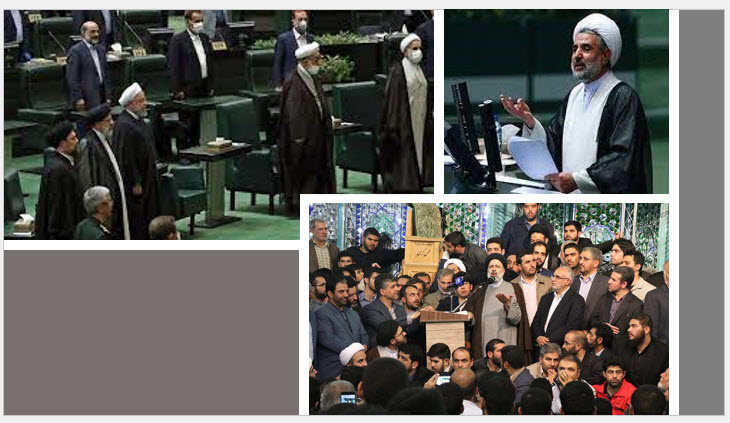 Raisi was also mocked by Zolnouri, who said, “Today, the movement of the government is like a person running on a treadmill.” And that “Opportunities pass like clouds,” he added.

This current situation is reminiscent of the Shah’s parliament prior to its fall in the 1970s. These warnings should not be interpreted as benevolence toward the Iranian people. They serve as a warning to the regime about their impending downfall.

It is becoming more and more obvious that the choice of Raisi to assume the presidency of the regime and run as Khamenei’s successor, which Khamenei referred to as the regime’s “first and most important piece of cake,” has backfired.

In a speech titled “Iran on the brink of change and of the clerical regime’s overthrow,” Mrs. Maryam Rajavi, the president-elect of the National Council of Resistance of Iran (NCRI), said, “For two years, Khamenei talked about a young Hezbollah government,’ which he considered to be the solution to the regime’s internal and external crises, but Khamenei’s desired government was dead on arrival. It not only failed to be the solution but exacerbated the problems, seriously aggravating the regime’s problems and crises. It, in fact, inspired the uprisings, with the chant of “Death to Raisi” becoming the chant of the protest movement.” 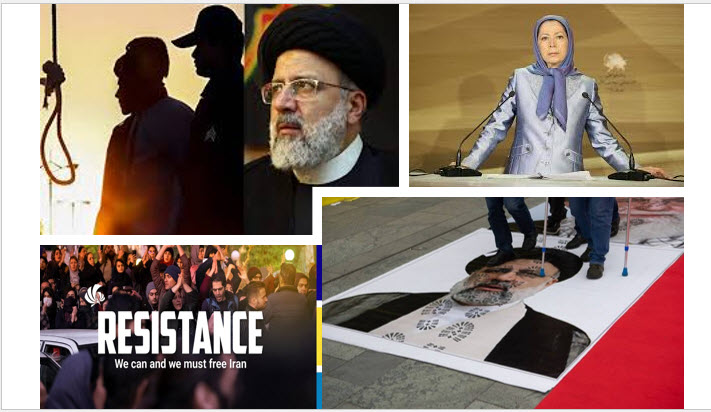 Maryam Rajavi said:  “For two years, Khamenei talked about a young Hezbollah government,’ which he considered to be the solution to the regime’s internal and external crises, but Khamenei’s desired government was dead on arrival.

The ‘Young Hezbollahi’ government’s slogans have failed. Raisi claimed he could generate economic growth, but it appears that he equated economic growth with an increase in executions. Economic experts have demonstrated that the regime lacks the billions of dollars in investment needed to achieve an 8 percent growth rate.

At the same time, the regime’s statistical center stated that formal new investments do not cover even depreciation and exhaustion of production means. Experts on the regime are terrified and concerned about future inflation rising due to the dire economic situation. They all refrain from discussing investments and economic expansion. 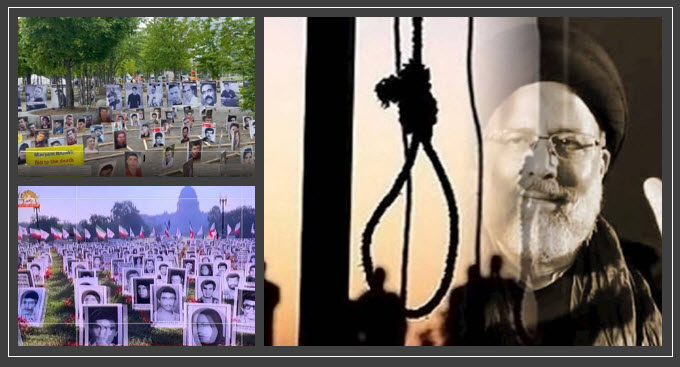 The ‘Young Hezbollahi’ government’s slogans have failed. Raisi claimed he could generate economic growth, but it appears that he equated economic growth with an increase in executions.

On July 28, the state-run Tejarat-e Farda daily wrote, “The inflation rate experienced a record of very rare high levels in June. If an active monetary policy is not taken by the central bank, there is a high possibility that inflation will record higher rates in the coming months. If our economic system had an active monetary policy, inflation would basically not reach such high levels.”

Mohammad Bagher Qalibaf, the Speaker of the regime’s Parliament, recently said that “We have to accept that we do not have an acceptable record in the economic field, and we are ashamed of the people,” dealing a blow to the regime and essentially admitting the regime’s failings.