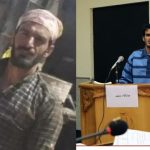 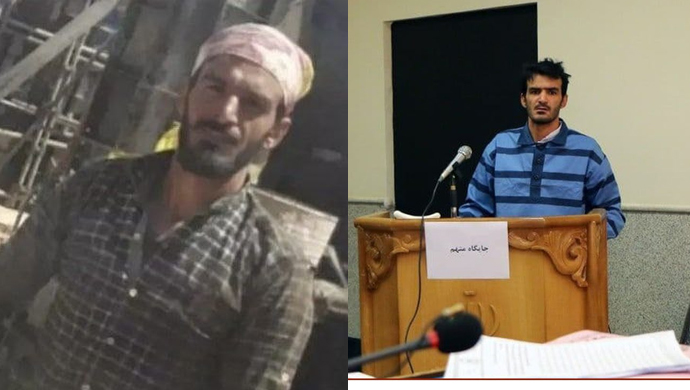 Sabzikar, a Juneqan employee, was arrested, subjected to horrifying torture, and given the death penalty under the regime’s “Qisas” law.

On Saturday, July 23, Iman Sabzikar was publicly hanged in Shiraz by Iranian authorities. The first public hanging in two years occurred today. Shiraz’s defiant youths resisted the security forces last February when they maliciously harassed two youths at the Bid-Zard police station. During those clashes with the SSF, IRGC Colonel Ali Akbar Ranjbar, the deputy chief of the SSF station that had attacked the civilians, was killed.

Sabzikar, a Juneqan employee, was arrested, subjected to horrifying torture, and given the death penalty under the regime’s “Qisas” law. The chief prosecutor for the province of Fars stated that Sabzikar’s execution was carried out after “Dealing quickly with the case was placed on the agenda, and a preliminary verdict was issued based on retribution laws.” According to a report by the IRGC-affiliated Fars News Agency, which cited the chief prosecutor, he was executed at the scene of the incident at 5:40 am.

The Iranian Resistance urged the international community to condemn Sabzikar’s brutal hanging and hold the regime accountable for its cruel deeds. “This regime’s crimes, a disgrace to modern human society, should be referred to the United Nations Security Council, and its leaders brought to justice for four decades of crimes against humanity and genocide.” the National Council of Resistance of Iran (NCRI) stated. 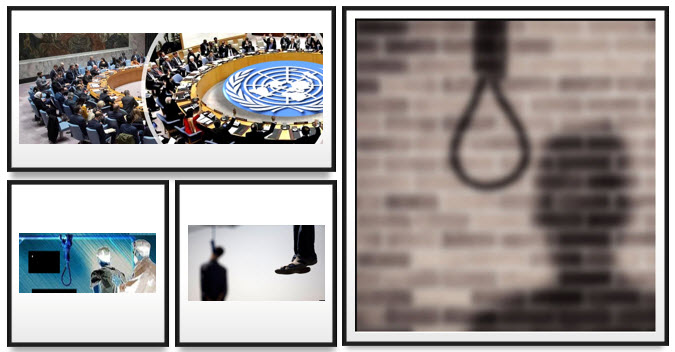 “This regime’s crimes, a disgrace to modern human society, should be referred to the United Nations Security Council, and its leaders brought to justice for four decades of crimes against humanity and genocide.”

Sabzikar’s brutal execution is a continuation of the Iranian government’s trend of increasing the number of executions. On the same day that Sabzikar was executed, ten prisoners were hanged in various cities, including three in Langerud, the province of Qom, and seven in each of Zabol and Zahedan.

On July 21, the regime executed two prisoners in Birjand and a third prisoner in Yazd. On July 20, two more executions took place, one in Isfahan and one in Qom.

Iran has had the highest number of executions since Ebrahim Raisi became the regime’s president in 2021, Amnesty International warned in May.

#Iran’s regime hanged political prisoner Iman Sabzikar in public in Shiraz on Saturday, the first public execution in 2 years. The mullahs want to intimidate protesters & dissidents. The Iranian Resistance calls on the int’l community to immediately condemn this heinous crime.

The majority of this increase was caused by Iran, which executed at least 314 people (up from at least 246 in 2020), its highest number since 2017. According to the Amnesty International report, this was partly caused by a sharp rise in drug-related executions, a flagrant violation of international law that forbids the use of the death penalty for crimes other than those involving intentional killing. Most likely, there were more executions than reported.

Iran’s regime must deal with a society that is growing restless and protests that frequently break out in every part of the country. The mismanagement, corruption, and intransigence of the regime regarding its destructive policies, such as terrorism, nuclear weapons, and ballistic missiles, have led to Iran’s current economic crisis.

Protests are frequently sparked by economic issues, but these demonstrations soon turn into full-fledged anti-regime protests that call for regime change. Over the past few months, Iran has seen a number of violent protest rounds during which protesters have clashed with security personnel and resisted the oppressive forces of the regime.

Instead of caving into the legitimate demands of the people in these circumstances, the regime has stepped up its crackdown and repression. The introduction of additional oppressive regulations in government structures, academic institutions, and research centers coincides with the recent wave of executions. The Iranian government wants to instill a culture of intimidation and fear there.

However, harsh repression and executions are ineffective measures, as shown by the history of autocratic governments. At some point, these measures not only fail to allay the dictator’s concerns but also worsen the social unrest.