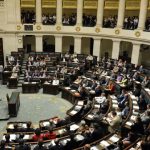 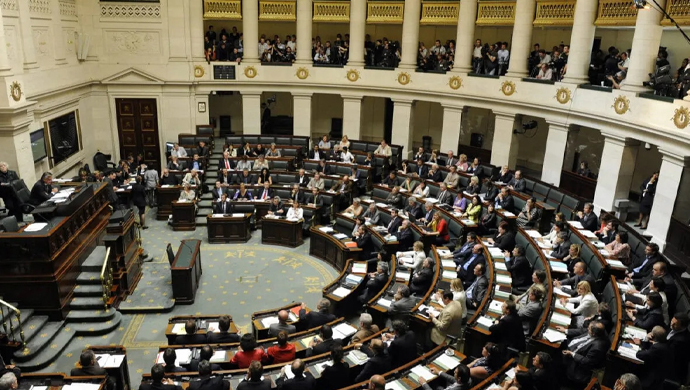 There were tensions during the July 5 and 6 sessions of the Belgian parliament as a result of the international campaign that has been launched to expose the unlawful agreement between Tehran and Brussels.

A completely different development has been gaining unprecedented global attention while the Foreign Relations Committee of the Belgian Parliament leaned on the government-led coalition vote to adopt a recent bill to exchange prisoners with the Iranian regime. There were tensions even during the July 5 and 6 sessions of the Belgian parliament as a result of the international campaign that has been launched to expose the unlawful agreement between Tehran and Brussels.

Sen. Ted Cruz, a prominent Republican on the same committee, harshly criticized Belgium for bowing down to the Iranian regime, the most active state sponsor of terrorism in the world.

Rep. Dan Bacon, a member of the United States House of Representatives Armed Services Committee, emphasized that the terrorists of the Iranian regime had been convicted after following the law, and he urged the Belgian Parliament to block any prisoner exchange with Tehran.

A Belgium-Iran treaty must uphold Belgium’s intl obligations & cannot grant impunity to Assadollah Asadi or any other actor responsible for human rights violations & heinous acts of terrorism. Iran must be held to account for backing terrorism & taking hostages for leverage. https://t.co/lXEhkG2dRI

In a letter to Belgian Prime Minister Alexander De Croo, 13 additional members of the US House of Representatives from both parties urged him and his government to continue their efforts to eradicate terrorism.

The signatories urged the prime minister to “lead the Belgian Parliament in rejecting any deal between your government and the Islamic Republic of Iran that would return the terrorist Asadollah Assadi—or any other convicted Iranian terrorist, for that matter—to the homeland.”

The New Flemish Alliance, the country’s main opposition group, noted that the Iranian government has a 43-year history of using hostage-taking to conduct business with the West and added that the Belgian government’s agreement with such a regime will encourage the continuation of this strategy.

Perplexing & worrying. The US worked closely with our partners to track down Iranian terrorists across Europe for the regime's 2018 plot to bomb a political rally in France. It should go without saying that convicted terrorists should be punished not freed.https://t.co/9GPcrMGqtN

Belgian MP Darya Safai called the bill’s passage on Wednesday in the Foreign Relations Committee of the Belgian Parliament a “dark day for Belgium” that will weaken the country’s security in response to the mullahs’ demands. She went on to say that Brussels should be ashamed and challenged those who supported the bill to look in the mirror.

Undermining our security to give in to blackmail from the Ayatollahs.

This deal makes Belgium a safe haven for terrorists.

The government should be ashamed.

Can those who voted for #IranDeal still look in the mirror?

Another Belgian lawmaker, Theo Franken, emphasized the undeniable fact that four decades of appeasement have been put to the test and failed. “You will increase the mullahs’ terrorism to a greater extent the more you appease them.”

The leader of the opposition party, Peter De Roover, urged the government to heed the warnings of the numerous dignitaries from around the world who have warned against the dangers of placating the mullahs and releasing their terrorist diplomats.

The deal was called “a pact with the devil” by Belgian MEP Assita Kanko, who also foresaw further terrorist attacks against Europe.

Beyond the political spectrum, there is a widespread outcry and uproar in response to this dishonorable agreement between Brussels and Tehran, with academics and scientists taking firm positions in condemnation.

The chief scientist of the James Web space telescope program and 2006 Physics Nobel laureate Professor John Matter warned the Belgian Prime Minister in a letter that Assadi’s release “would encourage more Iranian terrorism throughout the world and reassure Iranian officials that they could evade responsibility for major international crimes.”

The President-elect of the National Council of Resistance of Iran (NCRI), Mrs. Maryam Rajavi, emphasized the need for continued international action to stop this despicable plot. The noble nations of the world are fully aware and will not back down in the face of such infamy, Mrs. Rajavi continued, praising the strong stance taken by Iranian expatriates, lawmakers, judges, dignitaries, and political figures participating in this ongoing campaign.

I send my gratitude to my fellow compatriots, & all parliamentarians, jurists, & political dignitaries & parties who participated in this campaign. Their perseverance against auctioneering of values & the rule of law signifies the awake conscience of humanity. #DontFreeTerrorists