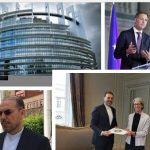 Written by Mohsen Aboutalebi on July 8, 2022. Posted in NEWS 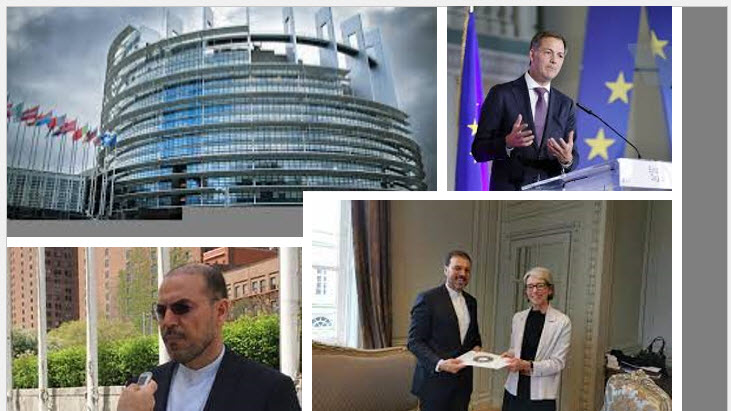 The European Parliament and Gholam-Hossein Dehghani, the Iranian regime’s ambassador to Belgium, signed a deal for the release of Assadollah Assadi and other convicted criminals on March 11.

In return, Tehran would free Belgian or dual nationals who had been held captive by the security and intelligence apparatus of the mullahs in Iran and sentenced to prison or even execution on the basis of false accusations. According to this agreement, which was kept a secret until June 30 between Belgium and the Iranian government, condemned individuals will be freed and will serve out the remainder of their prison terms in their home nations.

Assadi was found guilty of orchestrating a bomb plot against a 2018 rally near Paris in support of the National Council of Resistance of Iran (NCRI), which was attended by tens of thousands of people as well as hundreds of lawmakers, senior government officials, and political dignitaries from around the world.

To have a terrorist mastermind of the mullahs’ regime serve out the remainder of his 16 years in prison among those who gave him the order to carry out the terrorist bombing in 2018 is an utter insult to the conscience and understanding of people all over the world, but especially the Iranian people.

Thankfully, European authorities stopped the attack, which resulted in the capture, conviction, and imprisonment of Assadi and his three accomplices. The release of Assadi would mark a new low in the history of western governments’ appeasement of dictatorships.

The global campaign launched against this despicable political agreement between the terrorist dictatorship in Tehran and Brussels, which is regarded as the political capital of modern Europe, has been significant and decisive since June 30, when news of this covert agreement emerged. The NCRI has been leading this campaign at every stage possible with the help of its supporters around the world.

Members of the Belgian Parliament, many of their European Parliamentary counterparts, as well as a long list of American and European dignitaries, have been speaking out against this unfair initiative and putting pressure on the Belgian government to block this agreement. In addition to organizing numerous protests in front of Belgian embassies around the world, NCRI supporters have also been launching legal, political, and media campaigns in every country they can.

Justice for the Victims of the 1988 Massacre in Iran (JVMI), a non-profit group, iss

ued a further disclaimer: “Allowing Assadi to serve the remaining 20 years of his sentence in Iran, the country that was responsible for the attempted terrorist bombing, would be an insult to the rule of law and encourage further impunity for the Iranian government and its officials involved in terrorism and crimes against humanity.”

The NCRI has been leading this campaign at every stage possible with the help of its supporters around the world. The Belgian government must renounce this scandalous agreement, say supporters of the Iranian Resistance who have been holding protest rallies in dozens of cities around the globe.

The draft agreement contains a provision that states that “Each Party may grant pardon, amnesty, or commutation of the sentence in accordance with its Constitution or other laws,” as per JVMI. That article effectively allows the Iranian government to grant Assadi a pardon the moment he arrives in Iran. Human rights organizations, Iranian diaspora organizations, legislators, and politicians who are genuinely concerned about the effects of sending Assadi back to Tehran have all made numerous statements that are similar.

The Belgian government must renounce this scandalous agreement, say supporters of the Iranian Resistance who have been holding protest rallies in dozens of cities around the globe. This massive campaign aims to warn governments and citizens of various countries about the risks involved in accepting such deals with the mullahs’ regime. Tehran would view this as yet another clearance to consider even more global terrorist plots and crimes. If the international community wants to put an end to international terrorism, it must adopt a firm stance against Iran’s mullah regime, which serves as the organization’s global central banker. 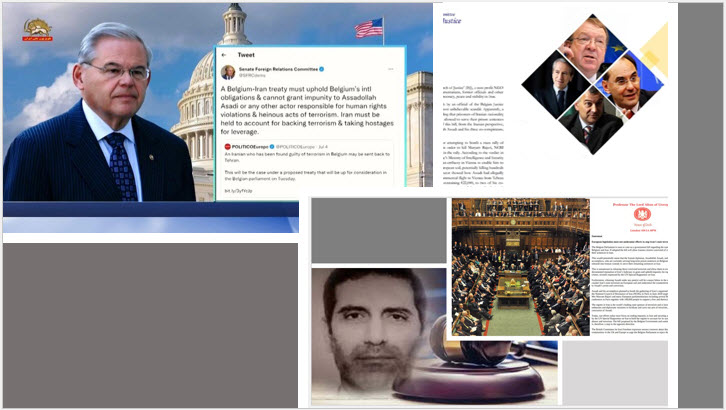 Members of the Belgian Parliament, many of their European Parliamentary counterparts, as well as a long list of American and European dignitaries, asked to renounce this agreement.